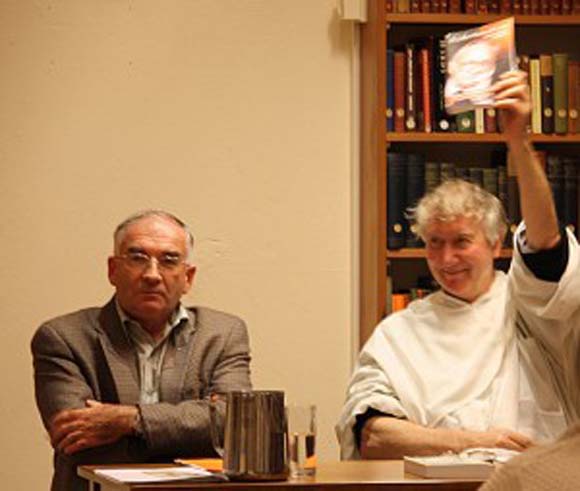 A Life Poured Out

November is a time for remembering the dead, and on 18th November, Blackfriars was privileged to host a special talk commemorating the life, vision and eventual martyrdom of the Dominican bishop of Oran in Algeria, Pierre Claverie. Bishop Claverie was confident that dialogue through friendship was essential for a Christian living with Muslims in Algeria, and his assassination in 1996 showed the depth of his love. On 1st August of that year, Bishop Claverie was assassinated by the ‘Islamic Salvation Front’ in a booby trap explosion at the entrance to his house. His young Algerian driver, Mohammed Bouchikhi, died with him and the mingling of their blood was seen by many as a symbol of the bishop’s desire to find a home in the hearts of the Algerian people and to participate in their sufferings.

The talk was given by fr Jean-Jacques Pérennès OP, who is the General Secretary of the Dominican Institute for Oriential Studies in Cairo, to a full hall of Dominican friars, sisters and laity, as well as students and friends of Blackfriars, and Muslim scholars. fr Jean-Jacques, who was Bishop Claverie’s friend and fellow friar, has spent years editing the enormous body of correspondence generated by Claverie – he wrote a letter a week to his parents for four decades. The result is a fascinating biography, now available in English, called ‘A Life Poured Out’.

Bishop Claverie’s cause for canonization, along with 18 other martyrs of the Algerian civil war, was opened in 1997, and thanks to fr Jean-Jacques, Claverie’s clear thinking and important contribution to the subtle and sensitive area of inter-religious dialogue can be appreciated. In his talk, fr Jean-Jacques frequently referred to passages from Claverie’s writings which included the bishop’s homilies and pastoral letters. fr Timothy Radcliffe OP, who wrote the foreword to the book and also knew Bishop Claverie personally, read these excerpts aloud for us.

As John L. Allen has written: “A perennial temptation with saints, whether of the formally canonized variety or not, is to reduce their lives to bumper stickers.” However, as fr Jean-Jacques emphasised, the issues are too complex and the writings of Bishop Claverie too subtle and nuanced to be simplified in this way. In a classically Dominican way, friendship stood at the core of Claverie’s thinking and is the basis for dialogue, which will include disagreements and persuasion. Allen continues: “In a time when discussion of Christian/Muslim relations is dominated by ideology and abstract theological debate, Claverie represents an utterly different path: a life lived as a ‘guest in the house of Islam’, not blind to the challenges and never fuzzy about his Christian identity, but relentless in his commitment to friendship. Claverie’s interest was what he called the ‘real, living Islam’, meaning people rather than theories.” 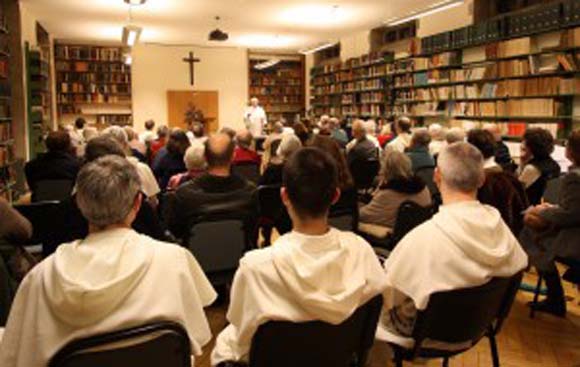 fr Jean-Jacques also commented on Claverie’s approach which gave priority to friendship. He said: “If you start with formal theological exchanges, you come very quickly to big, difficult problems. We will argue about the Trinity and other matters, which requires a lot of skills, reflection, and preparation to deal with it well. But if you start at the human level, it’s different. Often Claverie would say, ‘We don’t have the words for dialogue yet.’ So, let’s start first by living together, addressing together common challenges. This is what he tried to do, to build what he called ‘platforms of encounter,’ meaning places where people can work together on human rights, women’s issues, and so on. Then you feel that you are all human beings, you come closer to each other.” fr Claverie’s approach to dialogue is ever more needful today in a world where fear of the other robs all of us of our common humanity. Such dialogue also has deep roots in the example of St Thomas Aquinas who did not hesitate to listen to others (whether pagan Greek, Jew or Muslim) to draw from their wisdom, and to befriend them for the sake of the Gospel.

fr Pierre Claverie’s commitment to dialogue, and to his friends in Algeria, was such that even when it became clear that his life was in danger he refused to leave. Many years earlier, as people fled Algiers, he found himself one of the few who had chosen to enter, and so he chose to stay and be with those whom he loved. His example, which has inspired Christians and Muslims alike, was deeply moving, and I felt humbled and privileged to be a brother in St Dominic to someone like him, and to the many other Dominicans who still suffer for their faith. 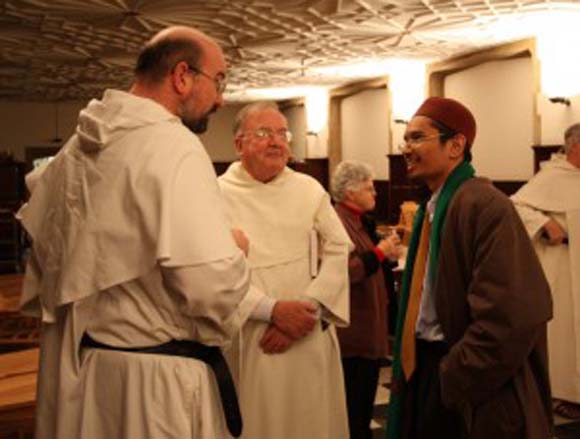