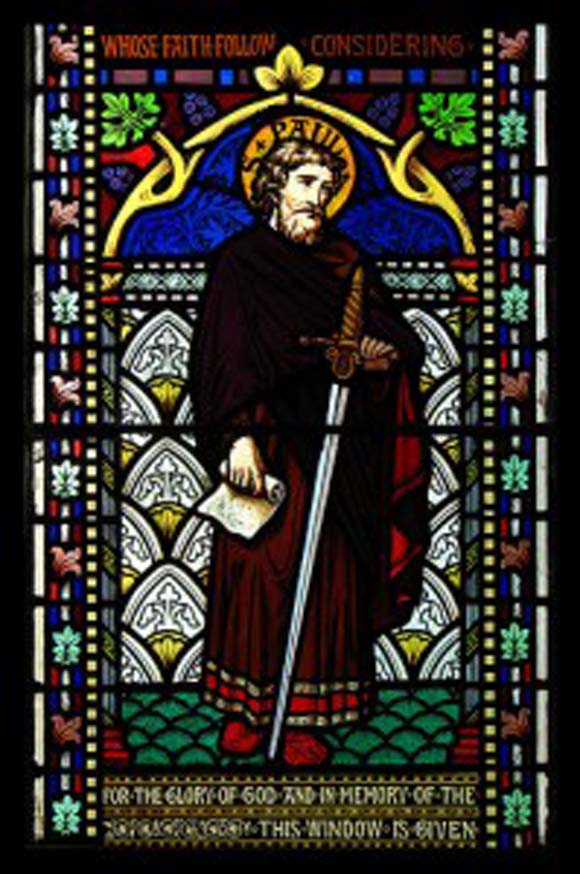 During his earthly ministry, Jesus gave the title of apostle to twelve of his disciples. He instructed them to preach that the Kingdom of heaven is close at hand and he gave them the authority to heal the sick and to cast out demons. When the apostles appointed a replacement for Judas, the criterion that was set was that this office should be filled not only by someone who had seen the risen Lord, but also by someone who had travelled with him during his ministry.

Paul does not quite fit both criteria. He claimed to have witnessed the risen Lord on the way to Damascus, but he was not with Jesus before the resurrection. Indeed, some Christians did question Paul’s apostolic credentials. Even Paul himself, acknowledging his infamous past, was aware of his unworthiness to be called an apostle.

Yet to deny Paul’s apostleship would be to deny the authenticity of his Christian teaching. Paul’s authority didn’t come by letters of recommendation from other leading Christians, but rather it stemmed directly from his encounter with the risen Lord, an encounter which was totally transforming. Paul’s transformation from zealous persecutor of Christians to Apostle to the Gentiles is a remarkable sign of God’s amazing grace. Although Paul was able to perform wondrous signs and experience spiritual ecstasies, he down played these in favour of preaching the cross. With his apostolic authority, he used it to build people up rather than knocking them down. He was an example of power emptied out in service to others.

Paul did boast, but his boasting was on behalf of the Lord; saying anything less would be to deny the wonderful way in which Christ manifested his glory. Paul fulfilled his mission faithfully to the end. He was sent out by God to proclaim Christ’s death and resurrection, a message he proclaimed not only through his words but also in the way he lived his life and in the way he died.