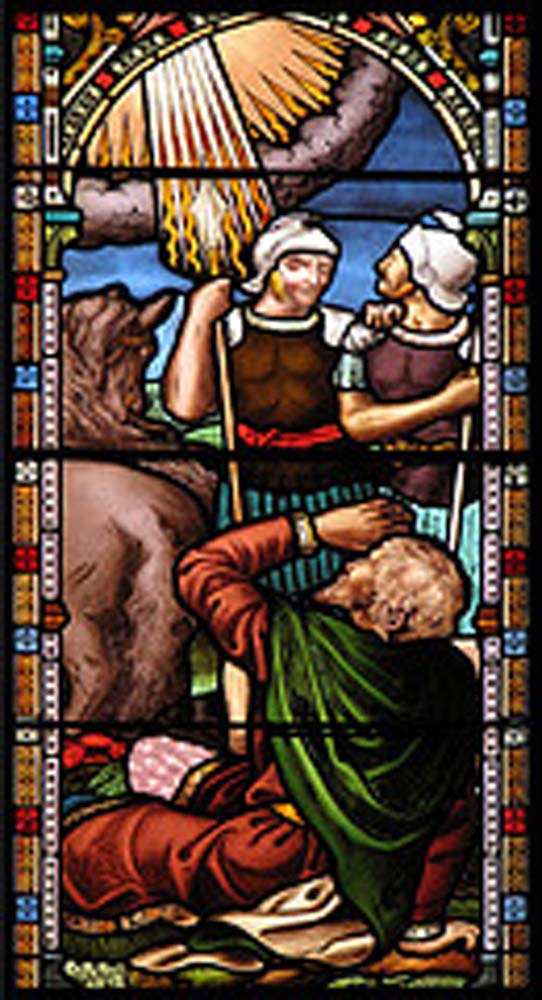 There was a time when every schoolboy (and girl) knew that Saul of Tarsus was struck down on the road to Damascus and that his life was completely transformed by that experience. (Most of us also thought he was riding a horse at the time but there is no mention of this in the Bible.) After this ‘conversion’ or ‘call’, and then better known by his Greek name, Paul became the great missionary of the early Church, establishing Christian communities all across the coastal areas of the eastern Mediterranean.
The event outside Damascus was crucial, not just for Paul personally but for the whole Church. The Acts of the Apostles recounts it no less than three times, in chapters 9, 22 and 26. Paul himself refers to it again and again: 1 Corinthians 9:1 (have I not seen Jesus our Lord?) and 15:8 (last of all as to one untimely born he appeared also to me); Galatians 1:11f (the gospel which was preached by me came through a revelation of Jesus Christ) and 1:15f (he who had set me apart before I was born, and called me through his grace, was pleased to reveal his Son to me).
Why was it so crucial? Well, it turned round completely one of the most zealous persecutors of the early Christians. Paul was a Pharisee, proud of his Jewish faith, zealous for the Lord as Elijah and Phinehas and others had been. As a Pharisee he believed in the resurrection of the dead. What amazed him on the road to Damascus was an encounter with Jesus risen from the dead: the resurrection was underway, or at least it had happened in the case of this man Jesus, exactly what was being preached by some Jews in Jerusalem, Damascus, and elsewhere.
Paul was not converted in the sense that he came to believe in a different God. It was rather that he came to see that the God of Abraham, ‘a God who can raise the dead and bring into being that which is not’ (Romans 4:17), had indeed acted, as his followers claimed, in the resurrection (and so also in the death) of Jesus of Nazareth. We owe to St Paul some of the most beautiful and profound reflections on the mystery of how God acted in Jesus and the meaning of that action for humanity: the Father sending His Son through whose faithfulness the Spirit of adoption is poured on all who come to believe in Him.
The rest, as they say, is history. Paul is brought into Damascus where he is instructed further in the Christian faith by Ananias and then baptised. Immediately he began preaching that Jesus is the Messiah and the Son of God but soon he had to flee Damascus, being lowered over the wall in a basket (Acts 9:19-25). His own account says that he went first to Arabia, then back to Damascus (perhaps when the fuss about him had died down) before, three years later, finally going back to Jerusalem to meet with Peter and James (Galatians 1:17-19).
Damascus, one of the great cities of the Middle East, thus gained an honoured place in the history of Christianity. A ‘Damascus road experience’ is a moment of illumination or conversion, a radical change of mind or direction. Although the phrase is often used, no experience so described can compare with the original one when Saul of Tarsus encountered the risen Lord Jesus and became Paul, apostle of the gentiles, tireless preacher and teacher, called finally to give his life far from Damascus for the Lord he had there come to know and love.
Categories:
Pauline year, St Paul