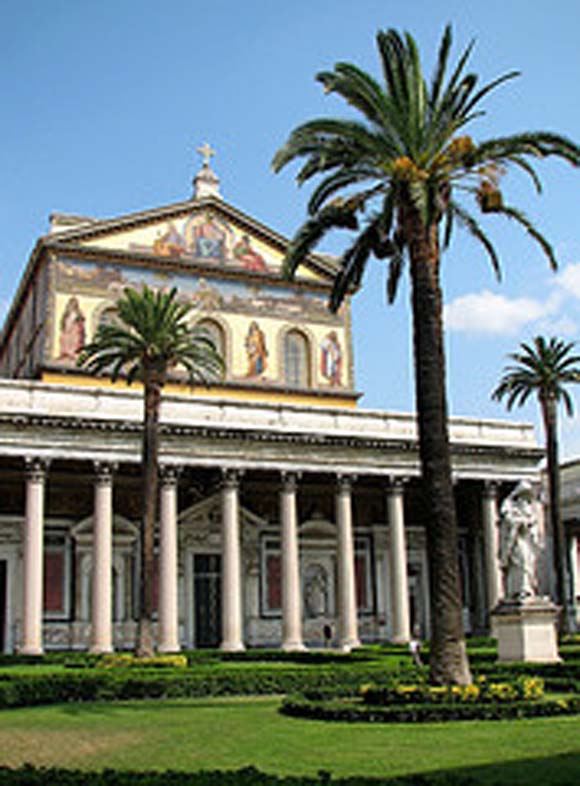 ‘I planted, Apollos watered, but God gave the growth… For we are God’s fellow workers; you are God’s field, God’s building’ (1 Corinthians 3:6,9).
We have heard a lot in recent years about disunity and factionalism in the Church. Christians often appear to define themselves according to which wing of the Church they belong to, or which Church leader they most admire. Each side seems to have its own ideas about the best way for the Church to move forward and grow.
In the early days of the Church, Christians at Corinth also seemed to define themselves by their differences rather than their common life. This was made manifest in their allegiances to particular apostles: “I am for Paul”, “I am for Apollos” (1 Cor 3:4).
For Paul the Christians of Corinth were destroying themselves by their factiousness. Their party spirit had divided Christ. He therefore exhorts them to be of the same mind, to have the mind of Christ (1 Cor 2:16), for those who have the mind of Christ know how to use their gifts for the building up of the Church.
Paul seeks to relativise the importance of the leading personalities around which the Christians of Corinth were grouping. He tells the Corinthians that these leaders are all servants of their salvation. In the agricultural imagery that Paul uses he describes both himself and Apollos as fellow workers in the field of the Lord. Both work together in a common enterprise for the benefit of the Christian community: Paul ‘planting’ as the initial evangeliser, Apollos ‘watering’ by carrying forward the work Paul had begun. Yet neither is anything without God. Both are channels for the creative work of God for ultimately the effect of their ministry must be attributed to God. God is the source of all growth in the Church. The efforts of people like Paul and Apollos, important as these might be, would be nothing unless God was at work building up the Church. It is God, who through Paul and Apollos, has cultivated his precious field, the Christian community at Corinth.
A similar theme is developed in the letter to the Ephesians. Here Paul writes of Christ as the source of all growth in the Church (Eph 4:16). Yet Christ achieves this growth through all sorts of joints and ligaments, namely, the mutual support of the members of Christ’s body. It is not, therefore, division, jealousy and rivalry, but Christ’s love at work in the members of his body that is the decisive power in building up the body of Christ, the Church.