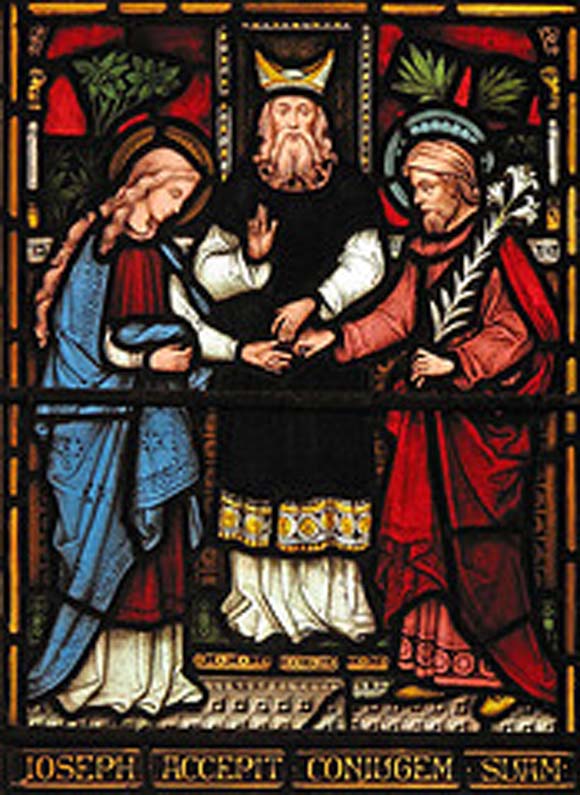 By Robert Verrill O.P.
15
In 1 Corinthians 7, Paul says it is good for a man not to touch a woman; yet to avoid immorality every man should have his own wife and every woman her own husband.

From this, one might suppose that St Paul had a rather negative view of marriage; it is tempting to think he saw marriage as the lesser of two evils. On this basis, some people even attempt to analyze St Paul’s psychological makeup and come to very unflattering conclusions.

However, in interpreting what St Paul says on marriage, we need to understand the circumstances in which he was writing. There is little evidence to suggest that sexual immorality was common amongst the Corinthians. Yes there was the case of incest mentioned in 1 Cor 5, but in the wider context of the letter to the Corinthians, Paul is concerned with those who claimed to have a superior knowledge of God. The inability to deal with a particular case of sexual immorality was just an example to show how empty the Corinthians’ claim to superior knowledge was.

St Paul, in writing to the Corinthians about marriage was trying to heal a split in the community. Reading between the lines, it is likely that Paul was addressing a group of Corinthians who were not only celibate, but who also disapproved of any sexual activity, even within marriage. St Paul in mentioning “it is good for a man not to touch a woman” could be quoting a Corinthian slogan, a slogan which he agrees with to the extent that it forbids incestuous relationships or sexual intercourse with prostitutes, but to the extent that it forbids marriage or enforces sexual abstinence within marriage, he does not agree. St Paul does recognise celibacy as a gift, but he rejects the Corinthians’ attempt to make one particular expression of the spiritual life binding on all believers. So he does not see sex within marriage as sinful, but he advises believers to marry in holiness and honour.

Being married is no obstacle to living a holy life which is pleasing to God, but St Paul goes further than this. In the letter to the Ephesians, St Paul describes Christian marriage as mirroring the relationship Christ has with the Church. Husbands are commanded to love their wives as Christ also loved the Church. Therefore marriage is a sign of the mysterious union of Christ with the Church, and the sign of marriage is a way in which this union with Christ can be actually realised by the individual, a way of participating in God’s divine life. Thus St Paul’s letter to the Ephesians helps us appreciate the great importance of Christian marriage and helps us understand why it is a sacrament.