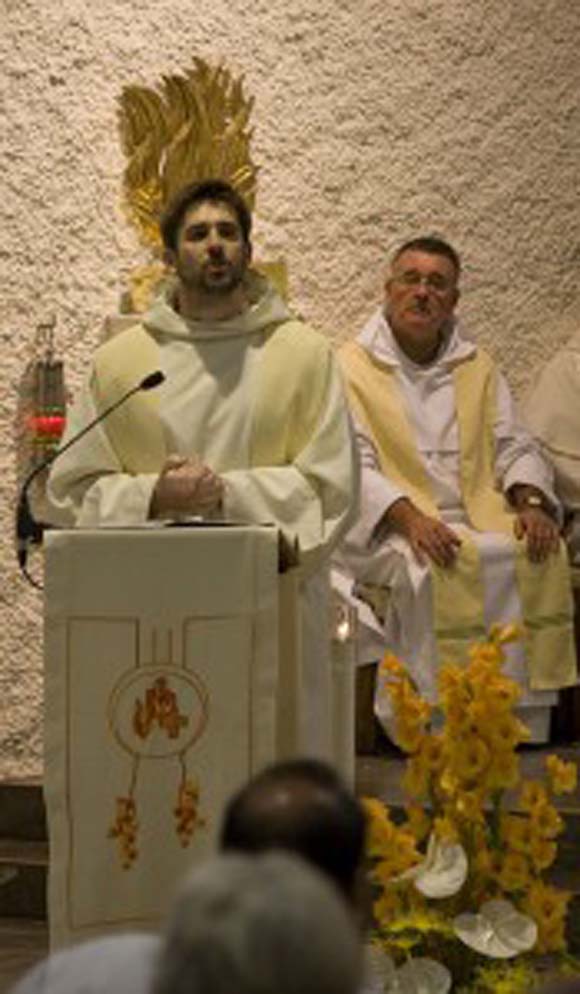 By Lawrence Lew O.P.
31
The word ‘homily’ comes from the Greek homilia and means discourse, speaking together or in communion. Hence, in 1 Corinthians 15:33, homilia is translated as colloquia in St Jerome’s Vulgate. The word connotes a familiar conversation between a pastor and his flock, using words and images that they will recognize. So, in Luke 24:14, on the road to Emmaus, the Lord is said to be “discussing as they went all that had happened”, and the Greek word that ‘discussing’ translates is homiloun.

The 2nd-century Church Father, Origen distinguished between logos (sermo) and homilia (tractatus). The former was more structured and formal, following the style of classical rhetoric, while the latter was more direct and free. So, the homily was a popular exposition, or commentary, and application of the Scriptures. The aim of the homily is to explain the meaning of the Scriptures in both its literal and spiritual senses (see Catechism of the Catholic Church, 115-119), so as to stir people’s faith, and that we might all recognize Christ in the Breaking of Bread.
Although the word sermon is often used for the preaching delivered during the Mass, there is a distinction between sermon and homily that is maintained today. Sermon is more broad, and refers to any form of preaching that is not necessarily connected to the Scriptural readings of the Liturgy, and that can be heard outside the context of the Mass. So, for example, sermons can be found on Godzdogz delivered by Dominican students during Lent or Advent. However, only ordained ministers, and ordinarily the principal celebrant of the Mass, may preach within the context of the Mass. However, he may also call on one of the concelebrants, or the deacon of the Mass to perform this ministry. This liturgical preaching is more often called a homily to emphasize that it is intimately connected to the readings and prayers of the Mass.
The intimate connection between the homily and the Liturgy is emphasized by Vatican II. According to Sacrosanctum Concilium, the Constitution on the Sacred Liturgy, the homily is “part of the liturgical service” and should “draw its content mainly from scriptural and liturgical sources, and its character should be that of a proclamation of God’s wonderful works in the history of salvation, the mystery of Christ, ever made present and active within us, especially in the celebration of the liturgy” (SC §35). As the homily is an integral part of the Liturgy, the General Instruction of the Roman Missal says that it is “strongly recommended” at every Mass, especially during the seasons of Advent, Lent and Easter, and on Sundays and Holy Days “[the homily] may not be omitted without a serious reason” (see GIRM §§29, 55, 65-66).

The importance of the homily is clear from its aims stated above. As the General Instruction says, “it is necessary for the nurturing of the Christian life” (GIRM §65).