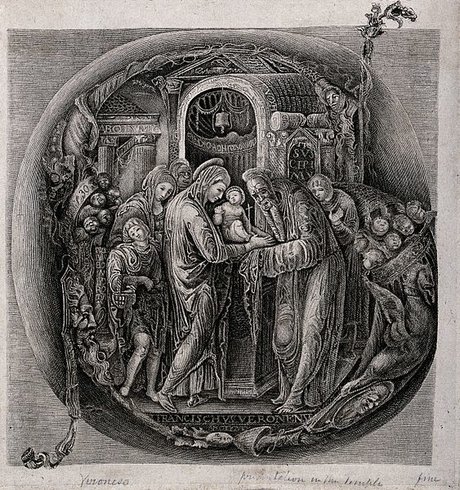 By Br Bede Mullens, O.P. | “Behold, I am coming soon!” The promise has been uttered from the earliest years, whispered in the ears of prophets and proclaimed aloud by Apostles. Every empty promise from the first – “Ye shall be as gods” – has been a cheap imitation of this one true promise given first to Israel, renewed to the Church, stored in the hearts of all mankind.

Desire and fear drive and drag us through life. By them, the possibility of the future makes itself felt even in the present – the possibility even of futures that will not come to be, perhaps in spite of our best efforts and strivings. So much of life is ineffective bustle, so much is disappointed waiting. And the bustle and the waiting is not only our own, individual exertion; nations, religious adherents, political parties and all manner of corporate bodies wait and bustle collectively.

In Advent, the Church realises anew her own desire, for her Lord and Bridegroom to come. “Behold, I am coming soon!” The promise has been uttered from the earliest years, whispered in the ears of prophets and proclaimed aloud by Apostles. Every empty promise from the first – “Ye shall be as gods” – has been a cheap imitation of this one true promise given first to Israel, renewed to the Church, stored in the hearts of all mankind. It is the promise of God’s definitive appearing, the moment when he shall make his presence fully felt throughout his creation; and creation in its thrill, shall shine out like its creator. “Creation in eager expectation waits to receive the revelation of the sons of God. For creation was made subject to futility, not willingly but because of Him who subjected it in a hope, that creation itself would be set free from bondage to corruption, into the freedom of the glory of the children of God.”

Now, we are subject to futility – the bustle and the nothing that it achieves. What this season commands us, is to wait. For the Lord is coming, but that is his business. Times and dates are not within our ken. Times and dates in some sense are hardly to the point, because when he comes it will be in an instant, the blinking of an eye. And even when he came the first time, after a nine month gestation and growing up through the years which we all know, he came silently as in the midst of the night. A prophet had not arisen in Israel, and the nation waited. Did they see when he came? We too must watch, to make sure we shall see when he comes.

“Watch, be attentive”: readiness for the Parousia is honed in contemplation. With this in mind, this Advent we would like to look for the Lord by looking at that art which down the years has expressed the longing, for his coming in the flesh and his coming in glory. We shall look at depictions of those who have waited, at depictions of the Lord as he has already come and as, so far as we can imagine, he is to come. Let us catch even a glimpse of him, and conceive in our hearts the joy of Simeon: “My eyes have seen your salvation!”

MORE ON: ADVENT
Other posts in the series:
Categories:
Advent