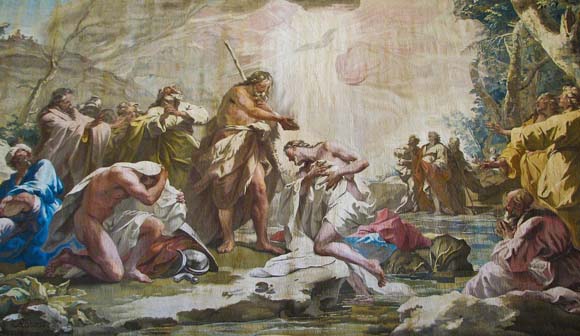 Baptism of the Lord

By Luke Doherty O.P.
30
Readings at Mass: Isaiah 42:1-4; Psalm 28; Acts 10:34-38; Matthew 3:13-17
I have always found it peculiar that Jesus was baptised. After all, why would the Son of God need to be baptised, if he were born without sin? Logically, Jesus wouldn’t have much need to be baptised, as Baptism is a thing for ‘normal’ people. Not something you would think God made man would need or desire. However, despite his objections, John the Baptist eventually gives in to Jesus’ request to Baptise him in this stretch of the river Jordan, as we hear in this Sunday’s gospel. In a discourse on the Theophany by pseudo-Hippolytus, Water and the Spirit, Hippolytus reflects on the Baptism of the Lord,
That Jesus should come and be baptised by John is surely cause for amazement. To think of the infinite river that gladdens the city of God being bathed in a poor little stream; of the eternal and unfathomable fountainhead that gives life to all men being immersed in the shallow waters of this transient world! He who fills all creation, leaving no place devoid of his presence, he who is incomprehensible to the angels and hidden from the sight of man, came to be baptised because it was his will. And behold, the heavens opened and a voice said: This is my beloved Son in whom I am well pleased. The beloved Father begets love, and the immaterial Light generates light inaccessible. This is he who was called the son of Joseph and in his divine nature is my only Son. This is my beloved Son. Though hungry himself, he feeds thousands; though weary, he refreshes those who labour. He has no place to lay his head yet he holds all creation in his hand. By his suffering he heals all sufferings; by receiving a blow on the cheek he gives the world its liberty; by being pierced in the side he heals the wound in Adam’s side.

The baptism of babies, children and adults in holy water in our Churches, is not just a ceremony, but the greatest gift  that we can receive – our purification from inter-generational original sin, as well as sins we have committed in our lives if we are baptised as adults. Just as Jesus said that it is fitting He is Baptised in this way, doing all that righteousness demands, we should understand that the issue of individual ‘choice’ in relation to Baptism is not really what Jesus envisaged. For instance, parents might take the view that infants are not yet capable of making a conscious act of accepting Jesus as their Lord and Saviour, so why ‘force’ Baptism on them? That is not what Christ asks for. It is not up to us to say ‘no’ to Jesus when he asks in Luke 18:15, “let them come unto me”, just as John the Baptist couldn’t say no to Jesus’ request to baptise him in the Jordan. Surely the fact that Christian Baptism is illegal in some parts of the world, and carries such a danger, of either an individual being ostracised by their family or effectively sentenced to death if they are Baptised, means that there is something powerful and transcendent about this Christian ritual. No one can ever be un-baptised, it is a permanent mark on our soul, and is our welcoming into the Church. What Catholics (whether practising or lapsed) and agnostics should accept, is that even with our societal concept of individual choice being important, our cultural position on individual freedom of religion and ‘working it out for ourselves’ doesn’t really work for Baptism. We need to let Baptism happen for infants and young children, as Christ asked us to bring them to him. This has has been the tradition since early Christian times, and although the ‘choice’ aspect has an important weighting in our own culture, we just have to get on with baptising the young in our churches, as we are asked to. 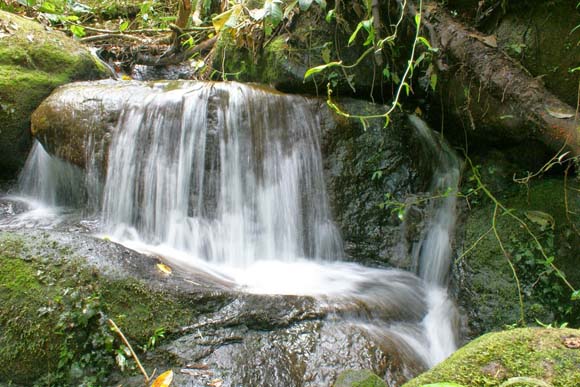