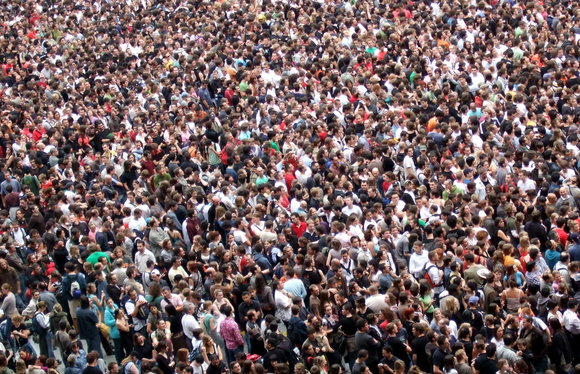 Godzdogz
Home  /  Godzdogz  /  “Be fruitful and multiply”: an Irresponsible Command?

“Be fruitful and multiply”: an Irresponsible Command?

By Br John Bernard Church, O.P. | It seems increasingly common to hear people express the sentiment “I’m not going to have any children, it would be irresponsible given the climate crisis.”  Antipathy to large families and opting not to have children is slowly becoming part of the standard narrative in the response to the effects of climate change, echoed in a recent BBC documentary by Chris Packham. This raises some obvious theological questions, not least surrounding the Biblical encouragements to procreate, but it is also worth querying the justification behind these concerns: is population really an ecological issue? In this post, Br John Bernard considers the wisdom in God’s command to “Be fruitful and multiply”.

“Young couples put Earth before births.” So ran a recent headline in The Times, reporting on a growing consensus that we ought to have fewer children for the sake of the planet. Chris Packham’s recent BBC documentary on global population numbers looked at precisely this issue, and he admitted the climate was a significant motivation in his own decision not to have children. The standard narrative is that the world has too many people producing too much CO2, so the responsible thing to do is not to add to that number. Some of those who do decide to have children report their ‘eco-anxiety’, in part the guilt at having added to the world’s problems.

The Christian Biblical view is unsurprisingly a little different. God’s command in the first chapter of Genesis is “be fruitful and multiply, and fill the earth” (Gen 1:28). It’s one Christians across two millennia have taken very seriously, encouraging of life and large families. Yet since the world’s population is growing, and on a planet of our size resources are limited, how is God’s command to be understood when it might appear now so irresponsible? How can a truly wise creator encourage the multiplication of the human species, well aware of how destructive these humans are?

Before looking at the theology, it’s worth briefly considering the justification behind these overpopulation concerns, and their connection to climate change. When Prince Harry announced he would have “two children maximum” for the sake of the planet, Danny Dorling, the Mackinder Professor of Geography at Oxford University, responded by writing “we need MORE babies, not fewer”. Dorling, one of the experts interviewed in Packham’s documentary, points out a much-ignored fact: the global birthrate is shrinking. The reason the total human population will keep growing for the next 50-60 years is not that we’re having too many babies, it’s that people are living longer.

With the worldwide population growth rate slowing dramatically (Dorling says our species has “never – ever – had so few children”), the latest 2019 UN figures predict the human population is set to peak and stabilise, reaching a total of 9.7 billion around the year 2050. We currently produce enough food to feed 10 billion (and waste 40% of it), so surely the urgent problems are to do with distribution and behaviour, not population numbers.

Dorling is also keen to point out that the link between population numbers and carbon emissions is “very weak”. The argument “the more people you have, the more that something will occur” simply does not follow. Dorling notes that carbon is emitted in “extremely high amounts in very few countries, and by a tiny proportion of those people.” Thus behavioural change in the consumerist West is a far more pressing consideration, a point readily supported by Packham. Essentially if you really want to have a positive impact on the environment, Dorling would encourage having children, and giving birth to another Greta Thunberg.

The matter is of course a complex one, and this post has no intention of dismissing some of the important questions Chris Packham’s documentary raises, both at an individual and a policy level. However, those who “put earth before births” seem to be unjustified in their rationale, and it is worrying how uncritically this narrative has been adopted. In the developed world it is perhaps even exacerbating the problems: Japan is the obvious example of the economic issues faced by an ageing population with a birth rate well below the replacement level.

So, with the urgency of the population question somewhat reduced, we can turn to the theology. Regardless of how many is too many for our planet, it remains the case that humans have proven themselves very good at ruining God’s creation, so why did God urge us to multiply? 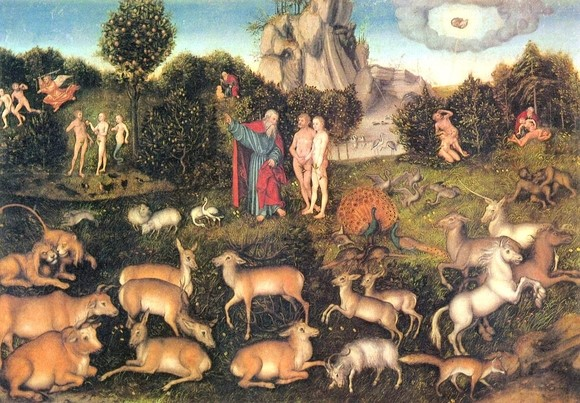 Matthew Levering, a Catholic theologian, addresses this question extensively in his recent book Engaging the Doctrine of Creation. In Genesis, God continues to encourage his people to have more children, even after they amply demonstrate their capacity to get things wrong. Levering points out that, following the flood, “rather than preserving the earth’s ecosystem” from inevitable human corruption, God gives Noah exactly the same command as he gave Adam and Eve, to “be fruitful and multiply” (Gen 9:1-2). God is certainly aware that an ever-increasing population leads to “cities, wars, famines, and ecological disasters”, yet in the midst of Israel’s formative period, among the families of Abraham and Jacob, God is constantly blessing his favoured people by promising them many descendants (Gen 17:2, 35:11). This is the story of Genesis, and no secret is made of it: God himself tells Adam after the fall that man’s relationship with the earth will be strained (Gen 3:17-18).

This unchecked encouragement to be fruitful surely comes at the cost of other goods of creation, so where is the wisdom in it? The first and central point, which is what shapes the narrative across the Bible, is that, in Levering’s words, “humans are uniquely made for a relationship with God”. This fellowship involves the whole of creation – God speaks to Noah of His covenant “between me and the earth” (Gen 9:13) – but it is only humanity that can fully participate in the life of the Trinity. At the Incarnation, as St Athanasius pithily put, “God became man so that man might become God.” St Paul confirms the involvement of the whole of creation in God’s saving act of Redemption, speaking of the future glory where “creation itself will be set free from its bondage” (Rom 8:21), but it is humans alone who were “chosen in Christ before the foundation of the world” (Eph 1:4). This is the value of human life, adopted children through Jesus Christ, prepared on earth “for an eternal weight of glory beyond all measure” (2 Cor 4:17).

The wisdom of God’s command to be fruitful is His desire to share His eternal life with us. As the scholastics used to say, “bonum est diffusivum sui”, goodness naturally pours itself out: it is God’s very nature to extend an invitation to share His life. Only humans, rational animals with intellect and will, can freely accept and fully participate.

There is no need for a maximalist reading, to create as many children as possible so that the maximum number can share the divine life. The New Testament makes this clear enough, with encouragements for celibacy from both Jesus and St Paul (Mt 19:12; 1 Cor 7). Nor need human life come at the cost of the rest of creation: God’s exhortation to multiply does not stand alone, and the Pentateuch is replete with commands to care for the earth (Gen 2:15; Lev 25:23-4). Our destruction of the planet is a consequence of sin, not a necessity of our existence.

The truly wise creator gave the command to “be fruitful and multiply” because He sought to share His life with us. We had better listen to Him.