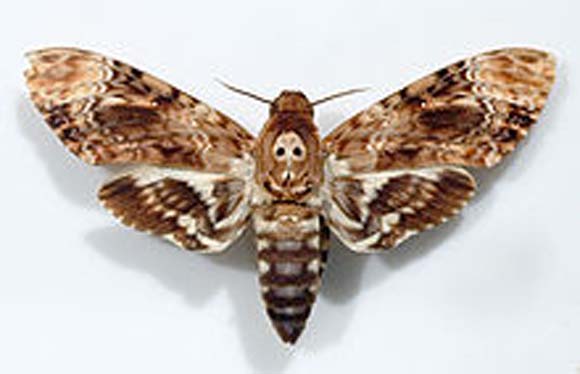 By Godzdogz Team
62
Moths are far less romantic than their flamboyant cousins the butterflies. They seem to prefer the twilight zones to bright sunshine and usually make their presence felt by eating our clothes. Not surprisingly they get a bad press in the Bible. The best known text in which they appear is Matthew 6:19-20 (see also Luke 12:33) which contrasts earthly with heavenly treasure. Earthly treasure is destroyed by rust and moth, heavenly treasure is secure from such things. You should lay up for yourselves treasure in heaven, says Jesus, a treasure that will last.
The consuming power of the moth is mentioned in many Old Testament texts including some of those already mentioned in our earlier post on the insect (some translations read ‘moth’ where others have the more generic ‘insect’). Sometimes another destroying agent is mentioned as a partner in crime with the moth: rust, worms, or dry rot (see Isaiah 50:9; 51:8; Job 13:28; James 5:2). The moth gets a mention in a complaint of Job (27:13ff) as he struggles with the fact that his experience contradicts any easy alliance of good with prosperity and evil with misfortune. The text, however, seems corrupt (Job 27:18) for it might refer to the house a spider makes (easily destroyed) or to the house a moth builds (i.e. in somebody’s clothing).
Psalm 39 chillingly describes God as a moth devouring all that a person has come to treasure: it seems clear that it belongs with Job 27 as a lament of the good person at the misfortunes of life. Such wisdom teaching constitutes the background to Jesus’ teaching about the two kinds of treasure.
It is difficult to warm to the moth. As a nocturnal creature it is associated with hidden or secret knowledge. It belongs to the realm of the moon and so sometimes appears with bats, owls, and other creatures of the night. The ‘Death’s Head Moth’ is an obvious candidate to star as one of the terrors of the night. The silk moth on the other hand, when still a larva or caterpillar, is of great economic significance since it is the world’s primary producer of silk. Its capacity to do so is attributable to the human beings who first domesticated and bred the silk worm, in China, more than 5000 years ago.
Categories:
Biblical Beasts, Scripture