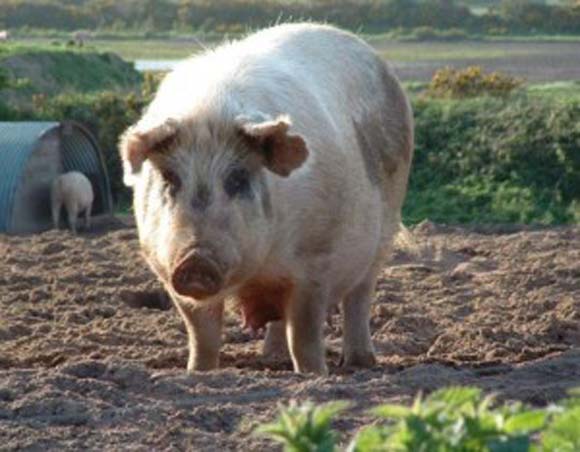 Pigs do not appear to have a very high standing in the Bible. They were regarded as unclean. Leviticus 11:7-8 spells this out: “You will regard the pig as unclean, because though it has a cloven hoof, divided into two parts, it is not a ruminant. You will not eat the meat of these or touch their dead bodies: you will regard them as unclean.” It is interesting that the reason given is not based on the animal having dirty habits – like wallowing in mud, or grunting, or as linked to any parasites or medical conditions coming from eating them. It is, of course possible, that these lie in the background but it is presented as a divine commandment.
Observing such laws helped to set the Jews apart as distinct from the people about them and thus in a unique relation to a unique God. Such ritual purity laws were to point to holiness, the holiness of God and of how a person needed to become holy (clean) to enter God’s presence. It is all of this that is picked up in the Parable of the Prodigal Son (Luke 15). The son has moved so far from the moral and ritual commitment to his Jewish faith, he is so far outside of it and so unclean, that he is reduced to herding pigs. This means he is working for a Gentile as Jews had no use for pigs and would not keep them.
More importantly, clean animals are those that can be offered to God in ritual worship, i.e. as animal sacrifices. Unclean ones cannot be so offered, and this was commonly because neighbouring peoples offered them to their own gods. The Hittites were known to sacrifice pigs to their gods. Such use of pigs lay at the heart of the infamous Abomination of Desolation and the persecution of the Jews linked to it as narrated in the Books of the Macabees, around 165 BC. Antiochus IV Epiphanes, the (Greek) Seleucid king of the area sought to impose pagan worship on the Jews: he erected a statue of Zeus in the temple on the Jewish altar and offered sacrifices of pigs to it (1 Macc 1:47). Jews were then made to eat the flesh of pigs – and most probably of such sacrificed pigs – or lose their lives. This image of sacrilege – the Abomination of Desolation – is recorded also in the Book of Daniel, and the accompanying history was still very potent in the time of Jesus, and this image featured in Jesus’ own apocalyptic teaching (Mk 13:14). Thus another foreign power, usually seen as the Romans in the first place, would seek to impose a false religion on God’s people and to punish non-compliance with death. Jesus assures his disciples that he has power over such forces. 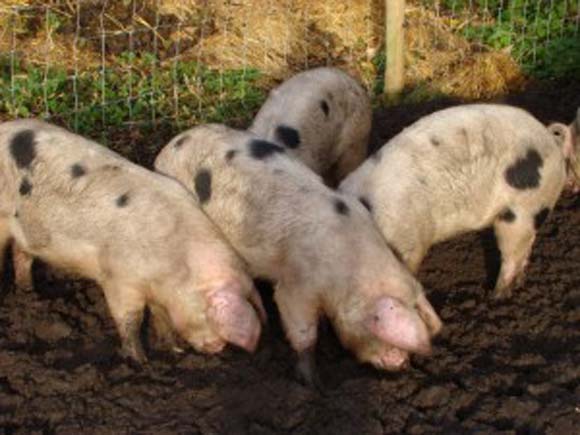 The other famous pig incident in the New Testament may have some connection with this. It concerns the exorcism of a man and the casting of his demons into a herd of 2000 pigs that rush into the sea and are drowned (Mk 5 and parallels in Mt 8 and Lk 8). The devils recognise the holiness of Jesus – calling him Son of the Most High – and name themselves as Legion, a term specific to Roman military use, and meaning a fighting group of 6000 men. Jesus will not tolerate their presence but they hope to stay in the area and ask that he will allow them to go into the unclean pigs. But this does not work out and the demons end up in the sea, a realm under God’s authority, and something over which Jesus has specifically exercised his authority in the previous chapter.
There are a number of military allusions in the story and these suggest that the authority and power of Jesus is not just over evil spirits but over the military forces, and forces which may serve such spirits and even the devil. In addition to ‘legion’, the word used to describe the ‘herd’ is often used of military groupings. They ‘charge’ down the hill and thence into the water. Their drowning brings to mind the drowning of the Egyptian army which pursued Moses and the Israelites across the Red Sea.
But what of the pigs? The demons do not want to destroy the pigs. So it seems better to consider that the pigs cannot tolerate the presence of the demons within them. They end up assisting the plan of Jesus to overcome the demonic powers. The demons were wrong in calculating that the pigs, perhaps because they were unclean, would tolerate their presence. As such the pigs serve the purpose of Jesus, not that of the demons. This again shows the scale of the authority and power of Jesus in comparison with the ultimate powerlessness of the demons. Their destruction perhaps points to a goodness in the pigs, a natural resistance to evil, given they are not moral agents. 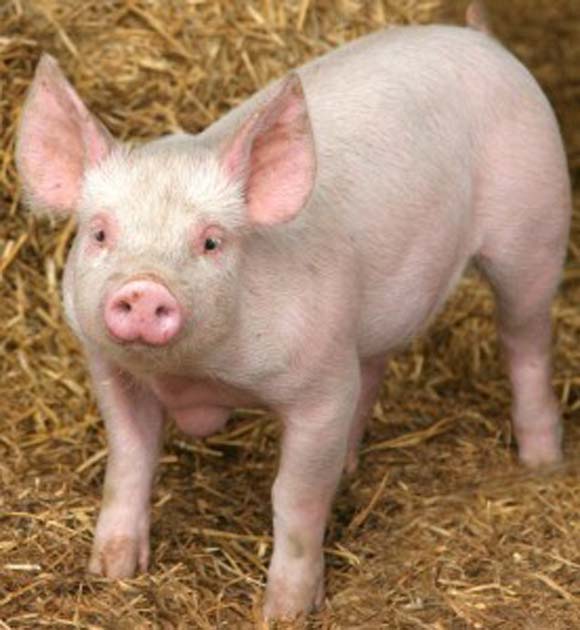 It is interesting to note that not long after this (Mk 7), Jesus declared all foods clean, stressing the spiritual and moral foundation for real holiness and cleanliness. All of creation is good and serves God’s purpose. Until Christ came and revealed and made available the full means of holiness, some animals had been declared unclean to help the Jews separate themselves from the evil around and within them. It does not reflect the moral or ontological state of the animals as such. Now that era is past. In the end the pig is declared clean. It has always served God’s purposes and one can assume or at least hope that it will find its place in the new earth at the end of time.