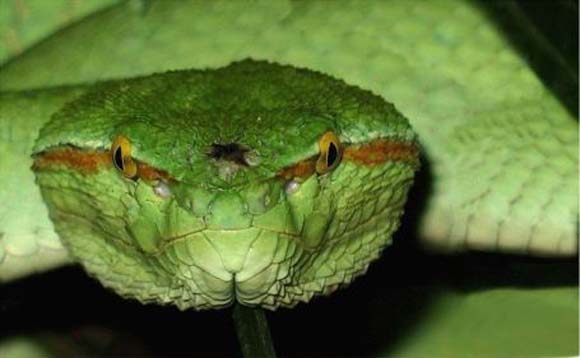 When one reads the story of the Fall in the book of Genesis, it is of no surprise that snakes have been associated with sin and the devil. In many ways the creature suits this anthropomorphism. For a mammal there is something sinister about it’s cold-blooded reptilian ways and mannerisms but I also think that the snake, particularly captures the effects of sin of humanity. The medieval Aberdeen Bestiary declares that “All snakes are coiled and twisted, never straight. It is said that there are as many poisons, deaths and griefs as there are kinds of snakes.” The fact that most snakes slither on the ground could also be said to display how through sin humanity has fallen in dignity from its God-given natural elevated and erect state. The snake’s lack of true limbs also show how living in sin disables us; it makes us weaker; it limits our ability and opportunity.

Despite all this, the snake also offers a metaphor for solution. Snakes shed their skin by rubbing against rough surfaces, often rocks. We too can “shed our skins” of sins by going to the True Rock, that is Christ. Through him we are made new and freed from the tyranny of sin and death .