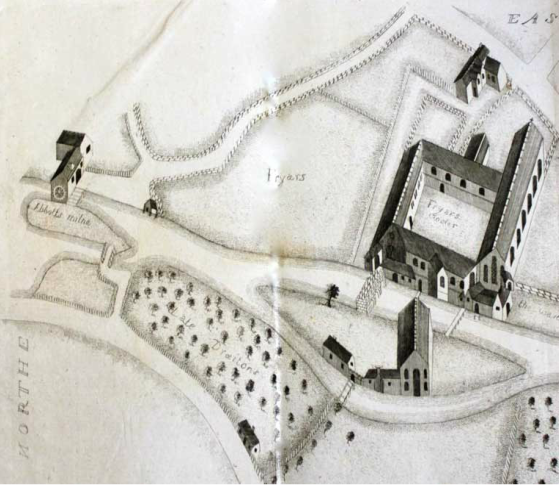 By Matthew Jarvis O.P.
56
Canterbury is in some ways the religious heart of England. That was certainly the case when the first Dominican friars arrived on these shores in 1221, the year of St Dominic’s death. Yet they did not stay to found their first priory in the city of Augustine, Anselm and Thomas à Becket. They preached before Archbishop Stephen Langton, then made haste to London, the political capital. Again they moved on and did not stop until they came to Oxford, the (then) intellectual capital. Right from the start, we Dominicans have always been attracted to university centres, where our commitment to study and preaching can bear great fruit.

It didn’t take us long to return to Canterbury: the first Blackfriars was founded there in around 1236. As the waves of pilgrims to the shrine of St Thomas à Becket increased, in around 1315 the Dominicans built a Guesthouse on a little island in the river Stour, connected to the main priory complex by two wooden bridges (see map above). This building consisted of a main hall with an undercroft, which was later raised a little.

The Guesthouse passed through several hands after the Protestant Reformation, being used by several different denominations. The English Dominicans obtained the site in the early twentieth century, thanks especially to a certain ‘Brother Cuthbert’ (probably Fr Cuthbert Bretherton OP), Inside, a beautiful stone inscription by Fr Aelred Whitacre OP commemorates the fact that this building was built under Henry III, destroyed under Henry VIII, and restored under Edward VIII(!), i.e., in 1936. But before long the disrepair was parlous. In 1969, the Guesthouse was bought by Donald and Poppy Beerling, who have subsequently spent enormous amounts of money and energy restoring it.

It was the Beerlings who warmly welcomed me, and some of my family, for a visit on 29 December, the feast of St Thomas of Canterbury. They showed me photos and letters from an impromptu visit by an Australian Dominican in 1981, and it seems I’m the first English Dominican to have visited the restored Guesthouse. The Beerlings have put up several displays with information about the medieval religious Orders, alongside many mementoes of the recent past, including the WW2 bombing of Canterbury. I particularly liked the excellent scale model of the medieval priory, which deservedly won a prize for the local schoolboy who made it.

As lifelong stalwarts of the Scouting world, Donald and Poppy also showed me their rich displays of Scouting memorabilia. (I was once a sixer in the 57th Episkopi pack of Cub Scouts.)

These days the Guesthouse is used as a community hall, hosting small concerts and all manner of local groups on a regular basis. The main hall still boasts the glorious original timber roof, with only a few modern fixings. It would be very interesting to compare this building with the other remains of Blackfriars just over the river, including the medieval Refectory, which are now part of the King’s School.

As an English Dominican of the 21st century, it is with mixed feelings that I look back on our historic priories. A great deal was lost at the English Reformation, and there are many ruins to remind us. But we should be grateful that some old priories, like Canterbury and Newcastle, are still being used and well looked after today. Meanwhile, the mission of the English Dominicans continues to flourish in other places and in other ways. The last two centuries saw our return to many of our old preaching grounds: London, Newcastle, Leicester, Oxford, Edinburgh, Cambridge, and Glasgow. In modern times the Province has been busy building up new Catholic communities, reaching new audiences, and preaching through new media, as the religious complexion of this country continues to change.
There is no need to be sentimental about the past; neither should our vision of preaching the Gospel today be narrowed by old attachments. Rather, we can joyfully embrace the opportunities and challenges of the Gospel in our contemporary society, while remaining rooted in the fertile traditions we have received down the ages. The ongoing presence of our medieval buildings is a wonderful reminder of that inheritance. May it spur us to be always like ‘the owner of house who brings out of his storeroom new treasures as well as old’ (Mt. 13:52). 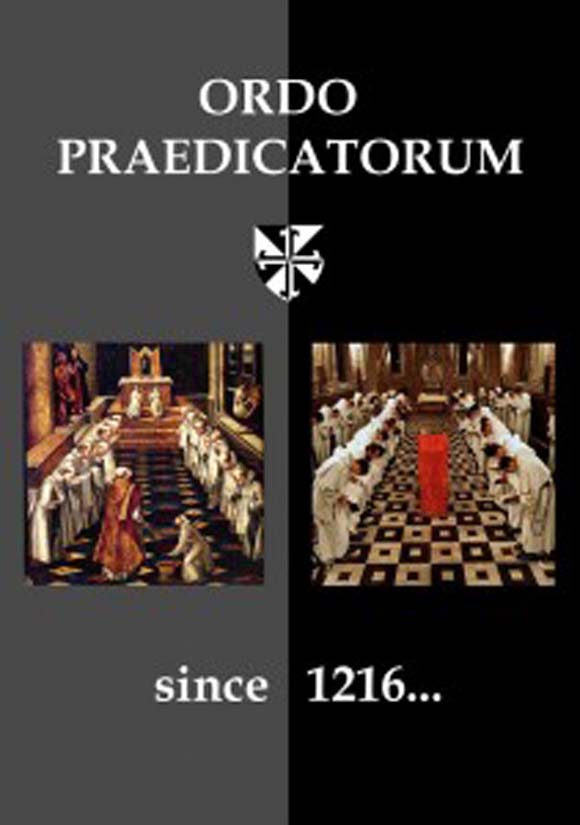