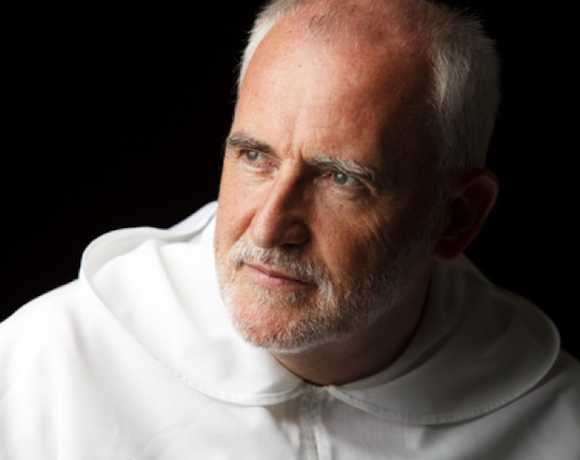 St Thomas Aquinas: Doctor of the Church, scholastic theologian and philosopher, piercing intellect, synthesiser of Aristotle and Christianity . . . so far, so good . . . but the addition of the descriptions mystic, poet, and contemplative might cause some to raise an eyebrow. In his survey of Aquinas both at prayer and on prayer, Paul Murray seeks to show us that the latter descriptions of Aquinas are just as applicable as the first set.

Murray believes that modern focus on Aquinas’ magisterial Summa Theologica has led to a one-sided account of him as dry scholastic, which ignores his love for and study of scripture; the richness of his prayer life; and the beauty of his poetry and prayers. Murray wants to make known to us this ‘unknown Thomas’ and convince us of the validity of the declaration by Jean Pierre Torrell OP, that ‘Aquinas’ theology is clearly orientated towards contemplation and is as deeply spiritual as it is doctrinal’ and is characteristic of ‘a religious attitude that has no equivalent except that of a mystic wholly consumed by love of the absolute.’

The book is divided into three main parts. The first looks at Aquinas as ‘a man of prayer’; the second looks at Aquinas’ understanding of prayer and, in particular his commentaries on Paul and the Psalms; whilst the third section focuses on the Eucharistic prayers Aquinas himself wrote.

Turning then to the prayer life of Aquinas, Murray is keen to locate this within his life as a Dominican friar. Whilst, the Dominicans have a rich intellectual history, their life should never pose the false dichotomy of ‘head or heart’. Knowledge of the divine cannot remain purely abstract, it must be experienced. Murray uses a variety of sources, including contemporary biography, to demonstrate that Aquinas’ life showed just this balance. We learn, for instance, that when perplexed by difficulties in his studies he would kneel and pray for greater understanding. However, we must also remember that for Dominicans study is in itself a form of prayer; for whenever we contemplate truth in any discipline, ultimately we are seeking better to understand God and his creation.

Moreover, Murray does not just assert that Thomas was a man of deep prayer, but seeks to persuade us that he was also a mystic. He cites William of Tocco, his first biographer, who tells us that Aquinas had ‘mystical locutions, visions, the gift of tears and prophecy’ amongst other common attributes of mystics. However, Aquinas stands out amongst the mystics due to his lack of concern with analysing his own interior life. His mysticism though has a decidedly objective character, ‘for his concern is not with the communication of certain spiritual and psychological states, but rather with the attainment of an intimate and final union with God, and the attainment also of that wisdom which comes from living knowledge of God.’

One further point, crucial to any account of Aquinas at prayer, is that on 6 December 1273 whilst rapt in prayer during Mass he had an experience so profound that it was to cause him to leave his most famous work unfinished. On being questioned by Br Reginald why he had suddenly hung up his instruments of writing without finishing the Summa, he said ‘I can’t go on . . . . Everything seems so much as straw in comparison with what I have seen and what has been revealed to me.’

The second section of the book presents Thomas the exegete, focussing on his commentaries on Paul and on the Psalms. The latter has been much neglected by modern scholars, but Murray considers it to be one his most important works. Murray also wishes to make it clear that Aquinas in his lifetime was first and foremost a scholar and teacher of Scripture. His day to day work as a friar would have been giving classes on the Bible. Scripture to him was more important than the manuals. Aquinas spoke of its unique character saying ‘Nowhere on earth was there a teaching or doctrine higher in wisdom or more sublime.’

Murray’s focus, in selecting these commentaries, reflects the fact that both then as today, Paul and the Psalms form the greater proportion of the prescribed prayer of religious and clergy. Furthermore Aquinas was fond of the emphasis on mercy in each: for the Psalms are ascribed to David ‘who obtained pardon after his sin’ and it was Paul ‘who obtained mercy so that, by his example sinners might be aroused to hope.’

Aquinas emphasises several aspects of prayer, but most of all its petitionary character, repeatedly insisting ’ that prayer is nothing other than an expression of desire’ and that to the extent that our desires are proper, petitionary prayer is evidence of the movement of the Holy Spirit within us. The model of Christian prayer is the Our Father, itself a petitionary prayer.

In the final section, Murray’s enthusiasm as a poet himself for Aquinas as a poet is palpable. He thinks that in relation to his hymns composed for the Eucharist, ‘no poet after him ever achieved the same miracle of sound and sense, the same harmony of music and meaning’. These hymns, many in use today, include Pange lingua, Sacris Solemniis (including the famous verse Panis Angelicus). However, perhaps the most famous of the hymns, Adoro te Devote, was actually written as a private prayer expressing Aquinas’ devotion to the Eucharist: most famously and majestically translated as Godhead here in hiding by Gerard Manley Hopkins, who declared the canticles of St Thomas to be ‘remarkable works of genius’.

Murray considers that never more so that in the composition of this poem does Aquinas appear more alive as poet-theologian and by the end of the book I could not help but agree with Murray’s description of Aquinas as ‘man of mind and heart; intelligence and passion; deep reflection and loving adoration.’