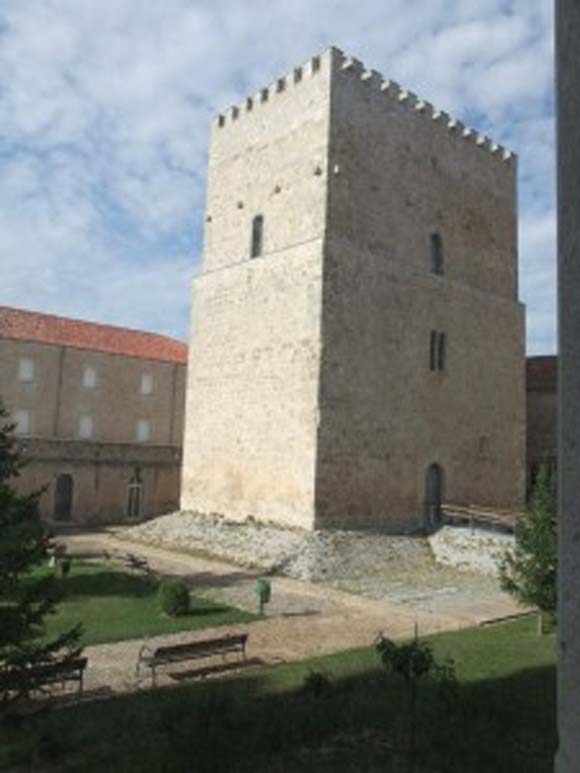 After a hearty breakfast in Silos our pilgrimage made the short twenty minute journey to Caleruega, the birthplace of St. Dominic. After unloading the coach and freshening up, the group explored two of the main vantage points within the town: the large cross-topped hill that dominates the skyline and ‘St. Dominic’s tower’, the only remaining original building from the time of St. Dominic.
The group were fortunate enough to be able to celebrate Sunday Mass in the crypt chapel of Dominican nuns. The chapel is dedicated to the Holy Family of Caleruega. St. Dominic’s mother Jane, and his brother (by blood and in profession) Manes, are both recognised as Blessed and his father Felix and brother Antonius (a secular priest) as Servants of God.
After Mass the group were given a tour by our brother Jesus Martin OP. The highlight being the well of St. Dominic in the chapel. When the chapel was being constructed a spring of water sprung up in the place where St. Dominic was conceived. The water has been associated with fertility, both spiritual and physical ever since. 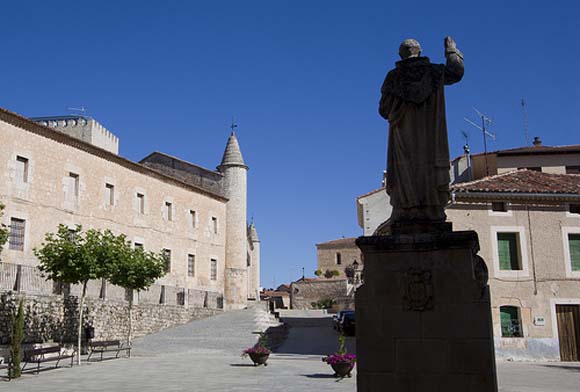 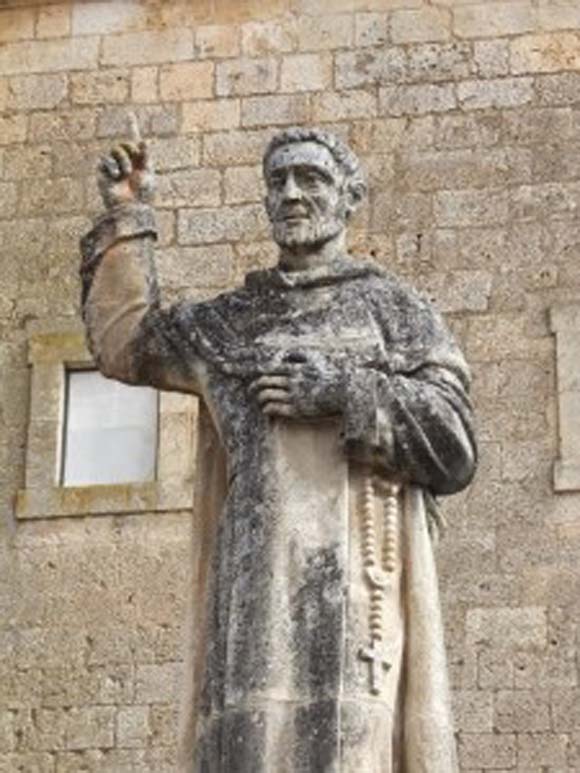 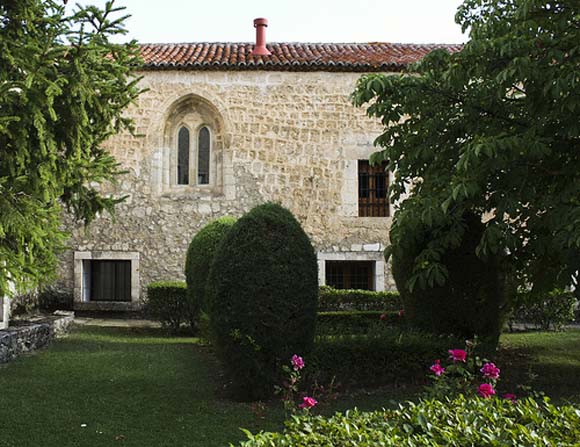 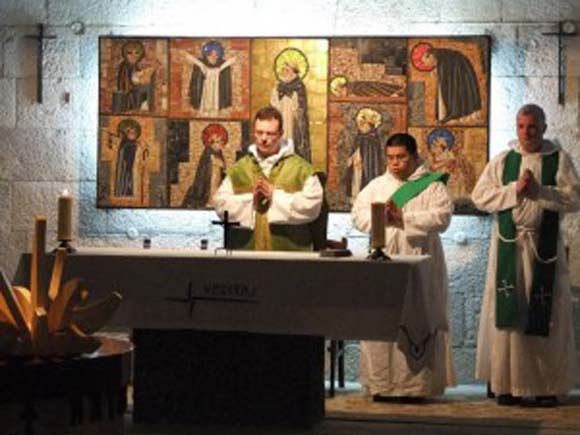 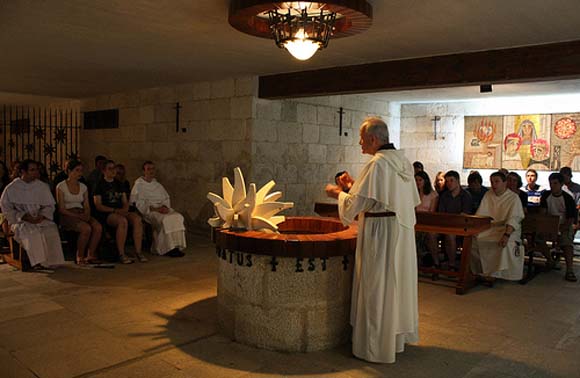 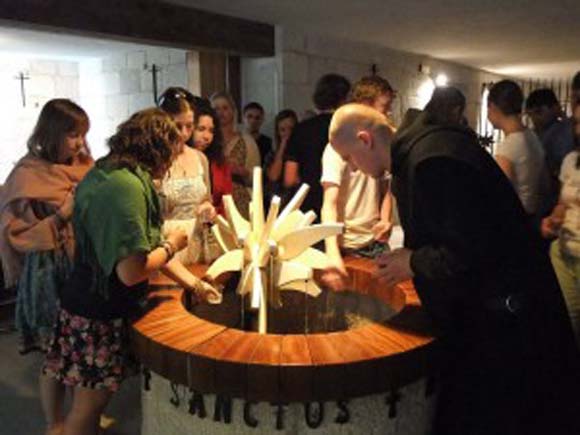 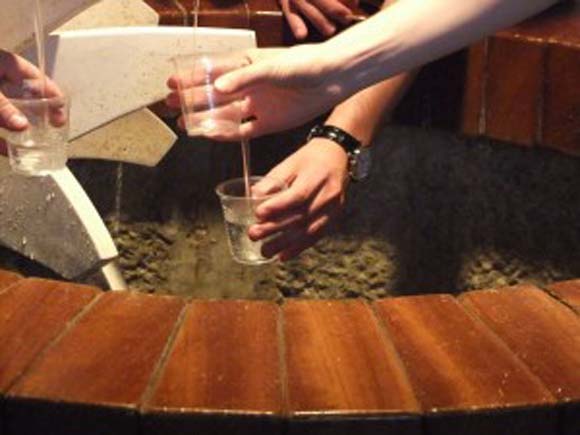 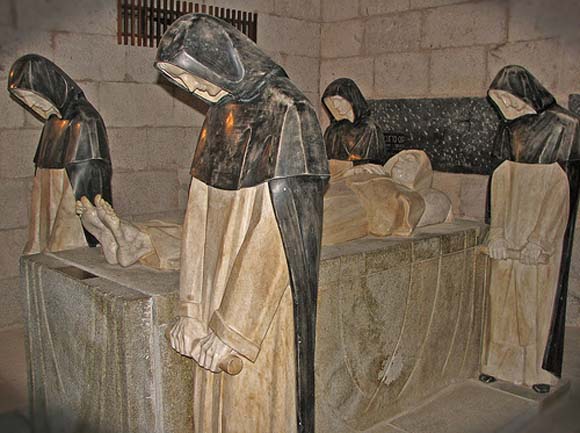 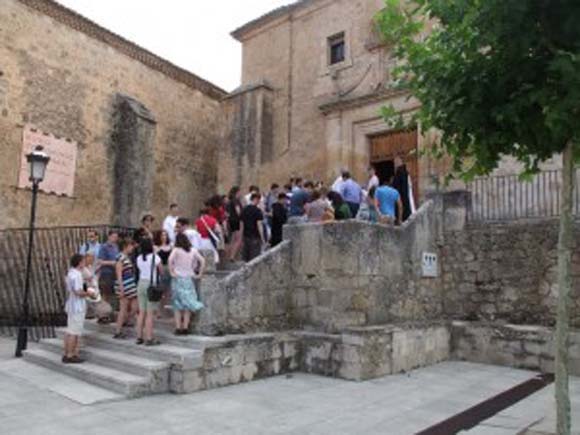 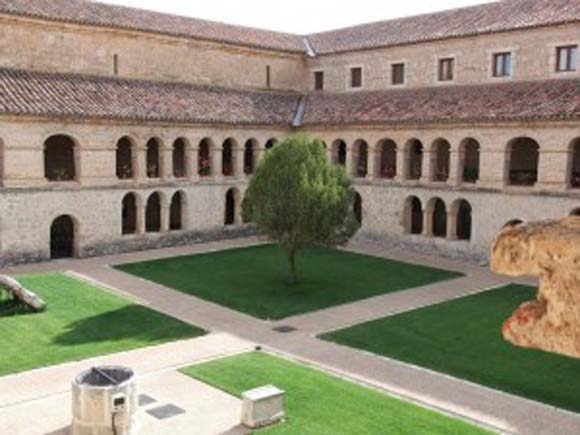