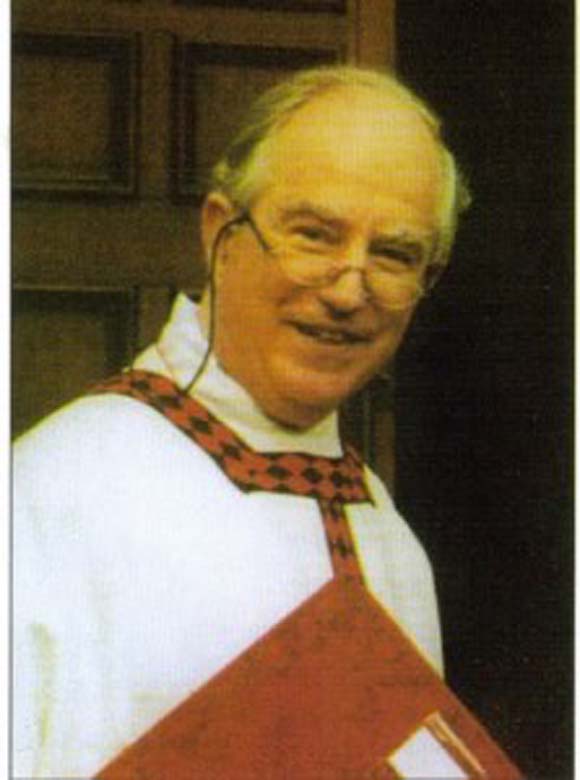 When I was at school many of the boys served Mass at Sacred Heart in Ruislip. They spoke unanimously with respect and affection about Father Cormac. It is only since his death in 2007 that I realised who this much-loved priest was.

Born in Watford in 1939, the young Cormac showed great academic ability and went on the read History at St. John’s, Oxford. He felt called to the priesthood and after graduating he entered the English College in Rome. However he did not enjoy the regime there and left after the rector reproached him for taking out a subscription to the Times Educational Supplement.

He returned to Oxford to work on a doctorate on Edward Thring, the Victorian preacher and headmaster of Uppingham, for whom Rigby entertained a lifelong admiration. In 1965 his grant ran out and to fund his research he began to look for a job. Leafing through the New Musical Express, he spotted two advertisements side by side, one seeking a disc-jockey for Radio Caroline and the other recruiting new BBC radio announcers. He applied and got the BBC job. Tony Blackburn took the post at Radio Caroline. “We’re broadcasting twins”, Father Cormac later noted, with some pride.

Rigby’s first night on the Third Programme, as it then was, was typical of the funereal pace still called for in the mid-1960s. “I had to leave a full minute of silence between one programme and the next,” Rigby recalled. “The idea was to discourage people from casual listening. They were expected to look at their Radio Times, choose what they want, listen to it, and then go away and do all the other interesting things that their lives were full of.”

He remained at the BBC for 20 years, becoming the presentation editor of the new Radio 3 in 1971. His extraordinarily mellifluous voice had been evident at his audition, being described as gentle, velvety-brown and strangely familiar, but only experience revealed his level-headedness in a crisis. When Pope John Paul II was shot in Rome in 1981, the duty Radio 3 announcer found himself stuck in the lift, and Rigby was obliged to start reading the news still breathless from the sprint from his office.

The call to the priesthood however never left him and he resigned from the BBC in 1985 to seek ordination at the age of 46. He left on September 14, St Cormac’s Day. Rigby’s early ministry included postings to Ruislip and Stanmore as curate and later parish priest.

As with his presenting duties Rigby took his priestly responsibilities extremely seriously, especially when dealing with bereaved families, whom he always made a point of visiting at home in order to prepare for a funeral. Intolerant of other people’s laxity, he believed that modern seminaries were producing many priests inadequately prepared for the ministry, and was particularly critical of what he regarded as laziness in some of his fellow priests, a malaise he felt affected the Catholic Church in Britain. He especially believed that this was true in the homilies saying: “If what you hear from the pulpit is muddle, confusion and waffle, then the Church is failing in its professional duty. And that is uncharitable, because people have given up their time to listen.”

Father Cormac was forced to retire to Oxford in 2003 when he was diagnosed with incurable prostate cancer. This did not stop his ministry however: he published four volumes of his short sermons and began writing a weekly column for the Catholic Herald.

A priest has a public role in the community and Cormac Rigby realised this. He took the care and precision he had utilised so well at the BBC and applied to the most important and sacred of activities. As he said himself:

“So much liturgy is increasingly slipshod. People don’t come to services to hear the sort of conversation you have in a doctor’s waiting room or the music you put on in your car. And if you deliver the words of the Mass in a bleat or that awful ecclesiastical singsong, then we might as well go back to Latin.”
Father Cormac Rigby
(1939-2007)
Eternal rest grant unto him, O Lord and let perpetual light shine upon him.
May his soul and all the souls of the faithful departed,
through the mercy of God,
rest in Peace.
Amen.