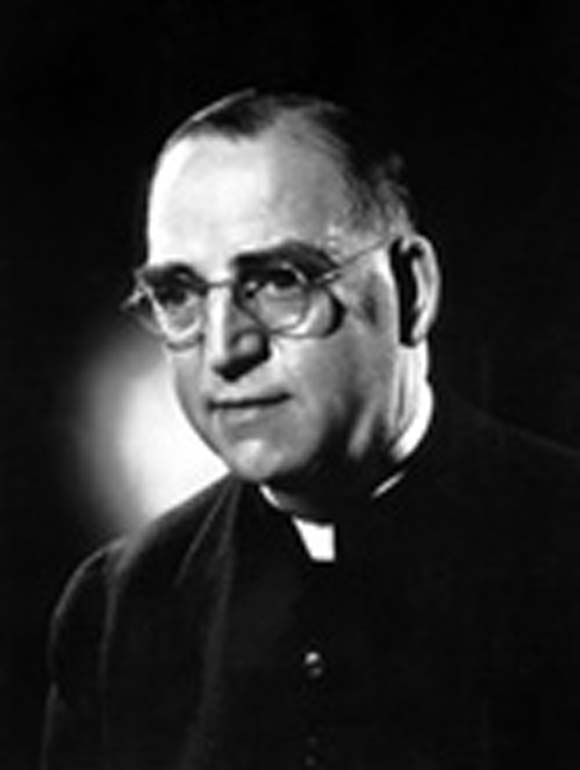 With young offender institutions overflowing, and “gangs of Hoodies” roaming the streets, youth crime is a hot button issue in Britain today. Despite the Daily Mail‘s protests this is not a new problem: there never was a golden age of juvenile civility. This was certainly the case in Omaha, Nebraska, in the early twentieth-century, where large gangs of homeless boys formed a significant part of the criminal community. In 1917 a young Irish priest saw this problem on the streets of this mid-western city and decided that something needed to be done.

Edward J. Flanagan was born in 1886 in Roscommon. From an early age he decided he was being called to the priesthood. When he turned 18 he, like so many of his fellow country-men, crossed the Atlantic to the United States of America. He graduated from Mount St. Mary’s university in 1908 and then entered St. Joseph’s Seminary in Dunwoodie, New York. He continued his studies in Italy, and at the University of Innsbruck in Austria, where he was ordained a priest in 1912. He was then sent as a curate to a parish in O’Neil, Nebraska and in 1915 to St. Patrick’s, Omaha.

Father Flanagan became a familiar figure to many of the young homeless men and boys in the city, offering them food, shelter and support when they ran into trouble with the law. Father Flanagan developed an understanding for the boys and young men who were orphaned by society. He realized that children who were neglected often turned to crime. He realised that they had had so little love in their lives that they could not show love themselves. In 1917 he opened his first Boys’ Home in a run-down Victorian mansion in Omaha. He firmly believed that every child could be a productive member of society if given love, a home, an education, and a trade.He believed that this was true of everyone and he accepted boys of every race, colour, and creed. The home was soon full and the downtown facilities were inadequate. In 1921 he established Boys Town, ten miles west of Omaha. Under Father Flanagan’s direction, Boys Town grew to be a large community with its own boy-mayor, schools, chapel, post office, cottages, gymnasium, and other facilities where boys between the ages of 10 and 16 could receive an education and learn a trade. The community was underpinned by Father Flanagan’s belief that “there are no bad boys, there is only bad environment, bad training, bad example, bad thinking.” 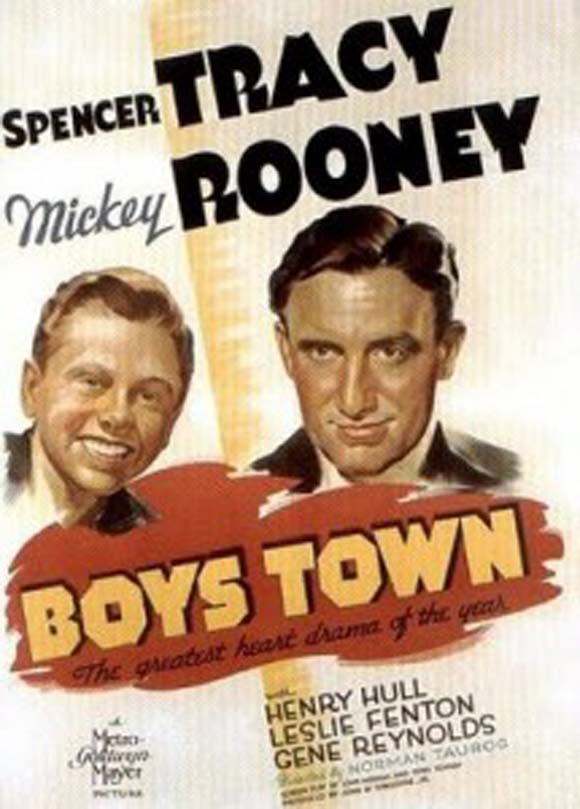 The success of Boys Town gained it fame and in 1938 MGM made a film version about its founding, starring Spencer Tracy in an Oscar winning performance, as Father Flanagan. The film gave Father Flanagan and his Boys Town model an international reputation and he was called upon by the US government to help children both nationally and internationally. In 1948, President Truman asked him to travel to Europe to attend discussions about children left orphaned and displaced by World War II. During this tour, he fell ill and died of a heart attack in Berlin, Germany, on May 15, 1948. Funeral services for Father Flanagan were held in the Dowd Memorial Catholic Chapel, located at the heart of his beloved Boys Town, which is also the site of his final resting place.

Boys Town has grown into an organisation across the United States helping 404,679 children and families across America. Father Flanagan himself had predicted this: “The work will continue, you see, whether I am there or not, because it is God’s work, not mine.”