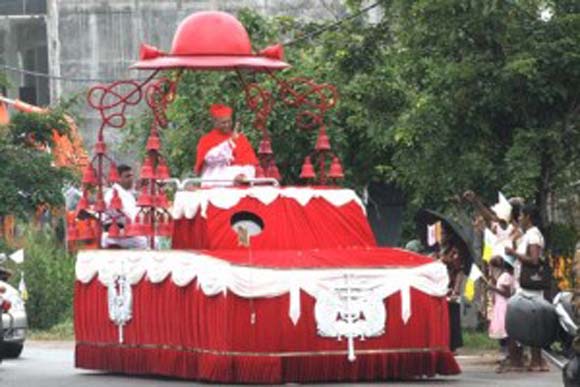 By Mark Davoren O.P.
14
Malcolm Cardinal Ranjith returned to Sri Lanka with some style. The most eye-catching sight from the joyous welcoming parade in Colombo had to be the special custom float that he travelled in.

The newly -created Cardinal was greeted by thousands on the streets of the capital, including the Prime Minister and representatives of the other religious communities of the island.

H/T to the White Monks at Sri Lanka, who have lots pictures covering the event.