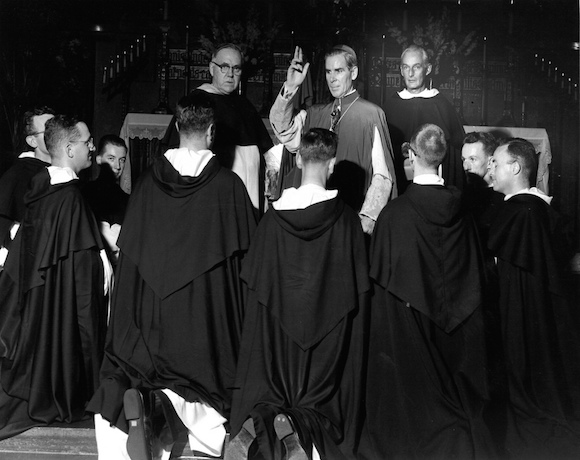 Is mission for consecrated religious or for everyone?

The Second Vatican Council was keen to stress how all the baptised are called to be missionaries of Christ and are responsible for spreading the Gospel and planting the Church in areas where She may be visibly absent. This was perhaps a shift in the common Catholic psyche which had more commonly associated the word ‘mission’ with priests and religious who were sent off into distant lands, and who occasionally would appear on a Sunday in the local parish waving the second collection basket(s). So mission was ‘now’ everyone’s prerogative. But what about missionary religious orders? Part of the problem after the Second Vatican Council with the mass-exodus of religious from their orders I suspect may be down to a crisis of identity and purpose: if everyone is called to mission, why be in a religious order? This question is still posed to us today. I will do my best to answer this succinctly.

Witness is often said to be a key aspect of evangelisation. We witness to the faith by the way we live. The Dominican’s mission is to witness to the world, not only through their moral conduct, but through their objective state of life. Dominicans vow to live a life of poverty, chastity, and obedience, and in so doing witness to the coming of the Kingdom of God. The Dominican is given essential space in order to study so as to be effective preachers of the Gospel, drawing all people’s to God in the name of Jesus Christ, through the Church, by the guidance of the Holy Spirit. The Dominican is able to be sent wherever their superiors discern the will of the Holy Spirit in order to plant the Church and, by God’s grace, help convert souls to the Lord.

Throughout the Old Testament we hear God say to Israel: “you will be my people, and I will be your God.” The Church is an expanded Israel, a home for all peoples. In my mind the Lord says to me as a Catholic and, in particular, a Dominican, of those who are not in the bosom of the Church: “Those who do not know me will also be my people, and I will also be their God.” The Dominican should be ready to drop all for the sake of gathering the scattered sheep, telling them about the God who loves them, and who seeks to be their God; not a god among the multitude of idols, but their one God, their salvation, their ultimate goal. This is the Dominican mission.

(Top Image: Archbishop Fulton Sheen in the late 1950s blessing a group of American Dominicans who are to be sent as missionaries to Pakistan.)