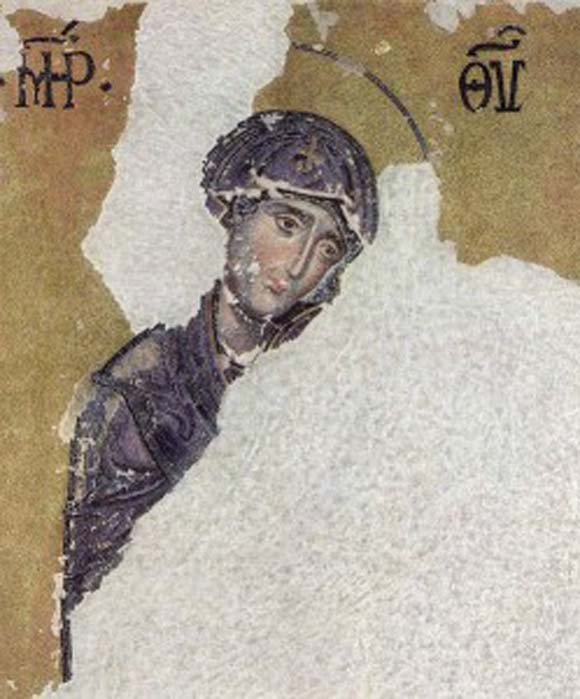 By Matthew Jarvis O.P.
62
The dogmatic definition of the Holy Trinity in the Nicene Creed did not shut down debate in the Church, but enabled theologians to explore ever deeper the mystery of God. In particular, how was it possible for divinity and humanity to be reconciled in the one person, Jesus Christ?
Fifty years after Constantinople I, Christology was in confusion. Nestorius, formerly an abbot in Antioch and disciple of Theodore of Mopsuestia, had become Bishop of Constantinople in 428. A powerful orator with friends in high places, Nestorius promoted the view of the Antiochene school, that ‘the Logos [Word of God] dwells in the man Jesus as in a temple’. He wanted to avoid ‘foolish’ statements, such as ‘God was born of a Virgin’ or ‘God is two or three months old’, which would seem to be the logical consequence of saying simply that Jesus is both God and man.

In particular, Nestorius zealously preached against the term Theotokos (God-bearer, Mother of God), a common title for the Virgin Mary in popular piety. Nestorius offered the less exalted Theodochos (Recipient of God) and Christotokos (Christ-bearer) as a compromise. But he was heavy-handed in excommunicating all who did not agree with his own teaching. This naturally aroused great controversy among the people as well as theologians.
It was Cyril, Bishop of Alexandria and rival to the Antiochenes, who championed an alternative view: Jesus is ‘one incarnate nature of the divine Logos‘. So, Cyril argued, the Logos [Word of God] truly was born, suffered and died – but as the Logos incarnate in Jesus – citing Scripture: ‘the Logos was made flesh’ (Jn. 1:14); and the Logos ’emptied himself’ taking the ‘form’ of humanity (Phil. 2:5-11); without ever ceasing to be God. Cyril called this relation between divine and human nature the hypostatic union, meaning that Jesus is one subject, one subsistent reality who is both human and divine. Nestorius pounced on ambiguous references to ‘one nature’ to accuse Cyril of Christological monism or the heresy of Apollonarianism (a fusion, or syncrasis, of natures). The controversy was too heated to be left unsettled: while Cyril successfully appealed to Pope Celestine to condemn Nestorius in 430, the latter persuaded Emperor Theodosius II to call an ecumenical council at Ephesus, in Asia Minor, for a final resolution in the summer of 431.

Now the plot thickens: Cyril has received the Pope’s delegated authority to condemn Nestorius, since the latter failed to recant. The Antiochene party, led by Bishop John of Antioch, is late to arrive at Ephesus (possibly deliberately); likewise the papal legates. Nestorius is here but hiding behind an imperial guard, for fear of the people. Cyril’s faction grows impatient, partly because the heat is causing illness (some bishops even die). They begin the Council without delay, thrice summoning Nestorius (who does not turn up) and issuing twelve anathemas against him, calling him a ‘new Judas’; in the evening the people rejoice with torches and incense in the streets. John’s party arrives at last and sets up a rival council condemning Cyril and Memnon, the Ephesian prelate. Now the papal legates arrive, join Cyril’s group, and confirm the judgment against Nestorius; John’s party is also excommunicated, but not deposed from their sees.
But which is the true council? The emperor is consulted as arbiter. He rejects all the doctrinal decrees, saying the Nicene formula suffices, but accepts the depositions of the Cyril, Memnon and John! But the emperor is under pressure to accept Cyril’s council as the true one: the papal legates carry great weight, lavish gifts from Alexandria are flooding the imperial court to counter Nestorius’s influence, and the populace despises Nestorius. Facing defeat, Nestorius asks to return to his monastery in Antioch. The emperor confirms Cyril’s council and the final seal is added by the new Pope, Sixtus III, in 432. Happily, John’s party is reconciled to Cyril in 433 by the so-called ‘Formula of Union’, accepting the hypostatic union and the term Theotokos.
The historical process was messy (as always!), but the doctrinal result was clear: the Nestorian heresy did not do justice to the complete union of God and Man in Jesus. By contrast, Cyril’s development of the Nicene formula was authentic and organic, in harmony with Scripture and Tradition as well as popular piety; even though it would leave many further Christological questions unanswered.