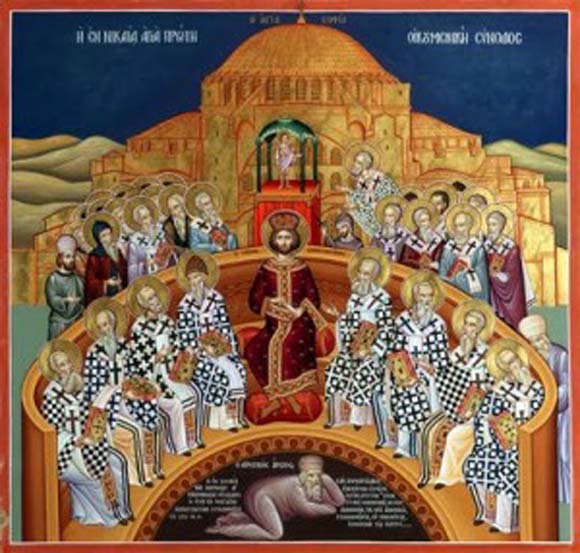 By Br Andrew Brookes O.P.
23
What is an ecumenical Council? Why are there 21 Ecumenical or General Councils?

Ecumenical Councils are meetings of bishops from across the Church, in union with the Pope, to exercise, by discussion, vote, and the passing of written texts or (legal) resolutions, their teaching and juridical ministry on behalf of the whole Church. More local (geographically or juridically restricted) councils have also occurred and still occur: they require less participation by the Pope, and have competence over that part of the Church of which the validly assembled bishops, or indeed patriarchs, are ordinaries. (Other religious leaders and experts may also be invited to participate in various ways.) For those who are interested, authoritative Church teaching, in its current formulation, on the nature of ecumenical councils is contained in Vatican II’s Dogmatic Constitution on the Church, Lumen Gentium (LG) n. 22 and wider but relevant teaching in nn. 23-25.
The practice of having councils, ecumenical or smaller in scale, is rooted in the ministry of the apostles and the special task of Peter, as given by Jesus, and the way they exercised these ministries as testified to in the New Testament including the letters. The Twelve, under the leadership of Peter, are a crucial group in the founding and early leadership of the Church. They are often referred to as a collective entity, what we know call a college. Paul, also named an apostle, is keen to stress his solidarity and union in teaching and discipline with the other apostles. Particular authority lies in their collective decisions, seen most dramatically in the Council of Jerusalem in Acts 15. This sets a precedent for later synods or councils of bishops, the successors of the apostles who receive their teaching and juridical (disciplinary) function in the Church, and also their role at the service of the unity of local Churches and the Universal Church. 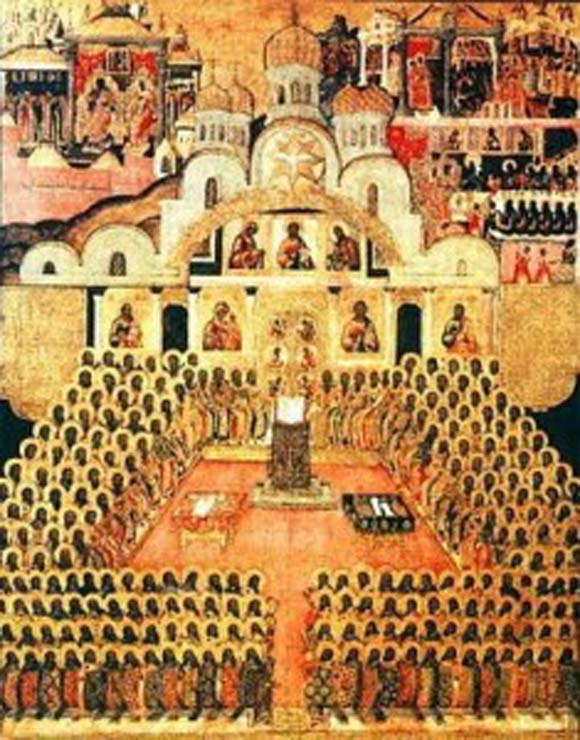 We know of local and regional councils in the second century and they became a common, established widespread practice of the Church in the third century. In a similar, but not identical, way to the apostles, the bishops have serious and weighty authority on their own, and also when they act in agreement, whether dispersed or gathered together at the time. At the same time appeals were made to the eldest churches, those of known apostolic origin, and especially to Rome, linked in a unique way with the ministry and martyrdom of St Peter. After Christianity was officially tolerated by Constantine in 313, it became possible to call a council of the bishops across the whole Roman Empire. This happened for the first time at Nicea (modern Turkey) in 325. It was called an ecumenical council, after the Greek word for household, a term that became an administrative and descriptive term in the Roman Empire, used to refer to the entire household or economy of the empire. (Such was the size of the empire that it acquired the sense of ‘universal’. However, it seems that Churches outside the Empire were not invited.) Though very few western or Latin bishops attended, the decisions, expressed in legal canons, were approved by the Pope and such a collective and united gathering and set of decisions by the bishops were seen as powerfully authoritative and binding for all the Church.
The practice of holding such ecumenical councils grew, alongside more local or regional ones. In due course, by the ninth century, 7 councils (the last one being Nicea III in 787) were recognised by Rome and the main eastern sees (ie the Patriarchies) as ‘ecumenical’ in stature and authority. All these 7 councils were held in the eastern empire, in modern Turkey, but were held to be ecumenical since the Pope consented to them happening, and then accepted and approved their canons. The extent of his active participation, typically via representatives, varied. The papal approval of their documents and canons was not always immediate or comprehensive. Constantinople I (381) was intended as an eastern council only but later the Pope approved nearly all of its canons, in effect raising it to ecumenical status.
(To be continued…)