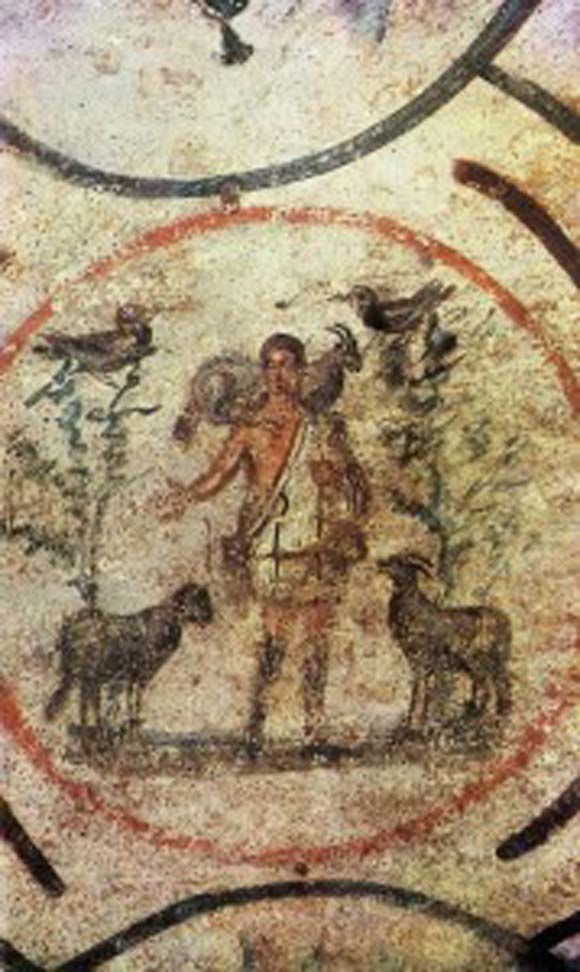 By Gregory Pearson O.P.
22
The question of the use of images in the worship of God is one which pre-dates the coming of Christ: the First Commandment forbids the making of ‘a graven image, or any likeness of anything that is in heaven above, or that is in the earth beneath, or that is in the water under the earth’ or the worshipping of them (Ex 20: 4-5). Idolatry is one of the charges frequently levelled against Israel by God, speaking through the prophets, in the Old Testament (e.g. Ezek 23: 49, Jer 16: 11-13), and several of the Psalms mock and condemn the practice of idol-worship (e.g. Pss. 105 [106], 113 [115). However, when the salvation which those same prophets had promised came, it came not by returning Israel to the rejection of any image of God, but rather, God sent his only Son, ‘the image of the invisible God’ (Colossians 1: 15), to reveal to the world the truth of the Trinity, of God who is Love.

We find surviving representations of Christ from as early as the third century (e.g. in the Roman Catacombs), and after the official toleration of Christians in 313, the use of images in the adornment of newly-built churches increased greatly. At the same time, an understanding of the significance of representative symbols of the reality of the Incarnation developed: this incorporated not only pictorial representations of Christ, but the ceremonies associated with the Gospel Book in the Liturgy (as containing the record of the earthly life of the incarnate Son of God, and the words he spoke) and also images and relics of the Saints as those who, filled with the Holy Spirit, embodied through time and space Christ’s continuing presence on earth in the Church, his Mystical Body.
However, the veneration which came to be attached to these objects aroused concern among some Christians (in the light of the Old Testament’s condemnation of idolatry), and in the 720s, a movement to remove the images which had accumulated in churches arose in parts of the Eastern Church. The rise of Islam, with its strict ban on representative art, has been suggested by some historians as a possible explanation for a renewed concern among Christians about their use of images. It is probably also true that, as at the time of the Protestant Reformation in Western Europe, excesses and abuses in the veneration of images led to a reaction against them which went too far, rejecting not only the abuses, but any legitimate place for the veneration of images and other material signs.
The details of the growth of the anti-image Iconoclast movement are somewhat controverted among historians: while the traditional account, for example, blame the Emperor Leo III for starting it, some now claim he might in fact have been in favour of images. What is clear, however, is that his son, Constantine V, who succeeded to the Byzantine throne in 740, was personally opposed to the veneration of images, and gave imperial sanction to a campaign to remove them from churches, as well as calling a council in 754, which purported to be ecumenical (despite the absence of delegates from the Pope or any of the Eastern patriarchal sees) to give doctrinal confirmation for his position. 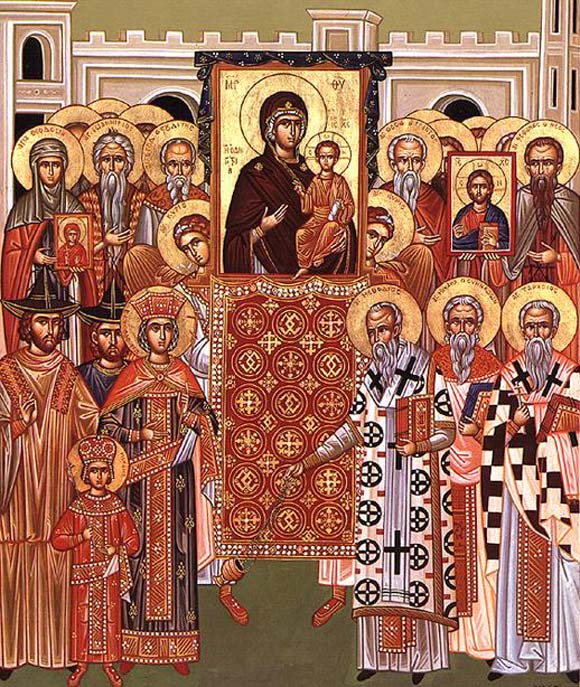 Only when Constantine V’s daughter-in-law, Irene, took over as regent for her son Constantine VI on the death of his father, Leo IV, could a new ecumenical council be called, this time with the participation of the Western Church, which seems to have remained untouched by the iconoclastic fervour that had engulfed much of the East. This Council, which met at Nicaea in 787, upheld the legitimate veneration of images of Christ and the Saints, of relics and certain liturgical objects, as a means of expressing veneration of the things they represent or symbolise; it condemned the position that no such veneration was consistent with the orthodox faith.
Though iconoclasm resurfaced at the start of the 9th century, being definitively suppressed in 843, it was the decisions of Nicaea II which were reaffirmed at the end of that conflict, celebrated by Byzantine Christians, both Orthodox and Catholic, as the Triumph of Orthodoxy.