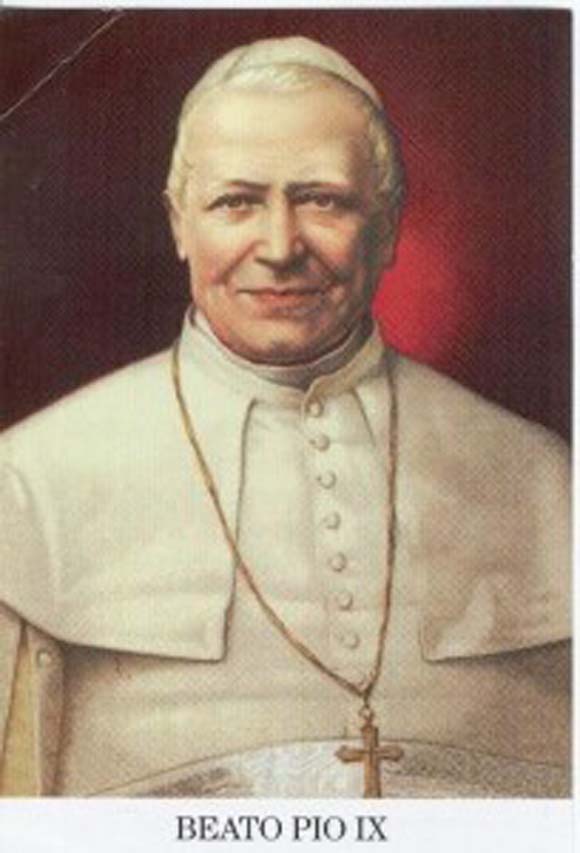 Unlike Trent and Vatican II, those two great councils that have radically shaped the Catholicism of the modern world, the First Vatican Council might appear insignificant and bizarre to us. This short council, lasting only eleven months, was held in the Vatican Basilica amidst great anxiety in Rome, and indeed the unease lay heavy across the Catholic world. Vatican I is now remembered chiefly for defining Papal Infallibility, but the real picture is more interesting than that.

Three centuries after Trent, the Catholic faith seemed embattled on all fronts: the onslaught of rationalism, materialism and liberalism – whether in the philosophical, scientific, or political spheres – seemed to threaten the very existence of the Church, let alone its relevance to modern nation states. Indeed, by the late 1860s Italian unification left only Rome under the pope’s control, shielded for now by French troops. Pope Pius IX, or ‘Pio Nono’, as he was affectionately known, was doggedly attached to the ‘temporal power’, which was anachronistic even for the 19th century.

Many bishops, priests and laity lamented the Pope’s political predicament – especially those with ‘Ultramontane’ sympathies – but the wider concerns were actually doctrinal and disciplinary. The Church needed to restore the purity of the faith, the dignity of worship, morality and discipline, the education of priests, ecclesial obedience, care for the youth, and to work towards international peace, and above all, Christian unity. The Syllabus of Errors (1864) had denounced many aspects of ‘modernity’ that threatened the faith, such as the closure of church schools, but this collage of condemnations was ill-received and caused ‘Liberal Catholics’ to despair of any reconciliation between the Church and modern societies. The Syllabus was not wrong as such, as the Liberal bishop Dupanloup was at pains to prove, but it was imprudent, impolitic, even downright incompetent to have issued it in such a way and amidst such controversy.

One might even say, ‘inopportune’. That was the word dominating the Infallibility debate. Among the bishops and theologians, many agreed with Papal Infallibility but felt the time was ‘inopportune’, for pragmatic and political reasons, to define it dogmatically. Only a tiny minority actively denied that the Pope was infallible. Since the Holy Spirit had been given by Christ to preserve his Church from error in matters essential to salvation (cf. John chs. 14-16, esp. 16:13), and this Church had been built on the faith of Peter ‘the Rock’ (cf Matthew 16:18), how could we not trust the Pope to teach truthfully? Indeed, it is a remarkable fact that no pope speaking ex cathedra on faith or morals has ever been shown to be in error.

Against these two groupings, the Infallibilist majority was actively campaigning for a dogmatic definition, especially the Jesuits. Some Infallibilists took a strong line (that all papal utterances are infallible), but the more sensible ones wanted a limited definition that would strengthen papal authority at a time of great crisis and bring a satisfactory resolution to centuries of theological development on this topic. The matter was especially pressing after the dogmatic definition of the Immaculate Conception in 1854 seemed to imply papal infallibility. But infallibility should not be confused with ‘inspiration’ or ‘inerrancy’. As Pio Nono himself joked, ‘I’m not infallible in choosing my snuff!’ 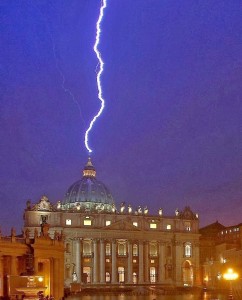 After a decisive vote on 18 July 1870 (433 for; only 2 against, since some 60 objecting bishops had already left Rome), Pope Pius read out the definition as a thunderstorm raged overhead: ‘the Roman pontiff when he speaks ex cathedra’ to define ‘a doctrine regarding faith or morals to be held by the universal Church […] is possessed of that infallibility with which the Divine Redeemer willed that his Church should be endowed’ (see Denziger §1839).

Note that this limits the definition of infallibility to very specific circumstances; so it was a great blow to the rigorist Ultramontane party. Though the truth of the decree did not depend on their consent, it is significant that all the inopportunist bishops, even the most implacable (such as Dupanloup, Hefele, and Strossmayer), rallied round the definition in due course. As Ronald Knox later pointed out, since Catholics believe in the infallibility of the Church, especially through General Councils, and since a General Council defined Papal Infallibility, a Catholic must hold that definition to be infallible!
Only a few priests and laity broke communion as ‘Old Catholics’. Tensions increased with the secular powers (see Newman’s Letter to the Duke of Norfolk, intending to allay Gladstone’s fears), and the Council was interrupted when the Franco-Prussian war led to the retreat of the French garrison from Rome. The Italian forces moved in and the Council had to be suspended indefinitely, only to be closed formally in 1960.
What are we to make of this? The unfinished business was partly completed, over the next fifty years, by the encyclicals of Pope Leo XIII and the reforms of Pope Pius X. But not till Vatican II, another fifty years later, did the Church’s relationship to the modern world find much-needed clarification. We must not conclude, however, that Vatican I was a kind of stumbling block that Vatican II finally overcame. On the contrary, Vatican II is the completion of Vatican I (and is itself still being implemented today). Vatican I paved the way for modern Catholicism by its focus on the importance of true doctrine.

That is why the other side of Vatican I, the dogmatic constitution on the Catholic faith, Dei Filius, which was passed unanimously, must not be overlooked. This important document affirmed that natural human reason could yield knowledge of God; that faith is not blind; that Holy Scripture must be interpreted in line with Holy Mother Church; and that the Church’s global expansion, Catholic unity, and stable faith, all proved the divine origin of her mission. 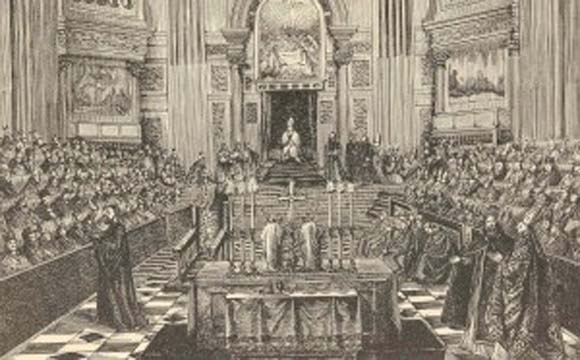 This faith is what sustains the Church. In the long run, the loss of the Papal States brought a decisive benefit. The balance in the Church between the ‘prophetic’ and ‘political’ dimensions was restored after the polarising years of Pio Nono. From now on, the Catholic Church would be a moral ‘great power’. The external politics and diplomacy continue, of course, but her true mission is the propagation of the truth, for the evangelisation of hearts and minds throughout the world.