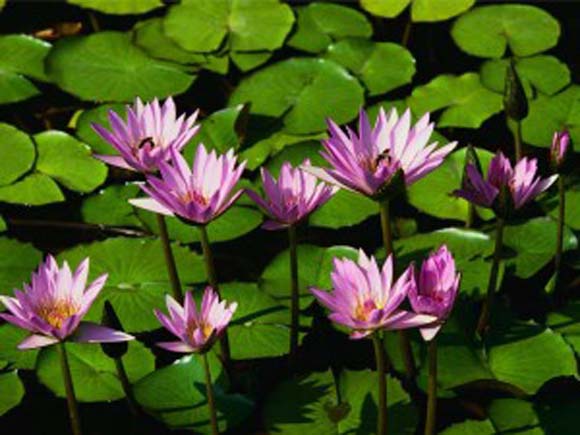 Credo 42: ‘We acknowledge one baptism …’

By Godzdogz Team
22
The literary theorist Terry Eagleton began his memoir “The Gatekeeper” with a vivid description of performing just that role, as a prepubescent altar boy, in a convent of enclosed Carmelites close to where he then lived. We might conceive of baptism then as passing through a gate, into a new territory, with novel language and customs, into, in fact, a new life, our becoming caught up into the Trinitarian life of God.

In the early church, Christians became Christians through a lengthy and profoundly humbling process of public initiation, the catechumenate. Catechumens would be instructed, tested, and observed until they were judged worthy to join the congregation in celebrating the mystery of Christ’s presence among us – something which typically took several years. They would listen to the scriptures being read and commented on, but would leave before the liturgy of the Eucharist commenced, returning for a blessing at or after communion. The practice of reciting the Lord’s Prayer in silence until the final line, still sometimes found among the Benedictines, is supposed to reflect this early restriction of the central Christian rite to those who were members of Christ’s body.

Accordingly, Baptism is the rite of initiation that imprints the fundamental pattern of Christian life on the believer, who must therefore acknowledge a fundamental dependence upon others. We are baptised into a believing community. Not only individuals but the church as a whole is thus defined as a community whose way of living is henceforth a (continual) journey from slavery to freedom, from death to life, from self-centredness to a generous love in the way of the living Lord Jesus, as guided by the Holy Spirit. Learning to live out the promise of our baptism is the work of a lifetime; nevertheless, to be Christian just is to have received this sacrament, the one all Christian churches agree is necessary. Baptism is birth into Christian life, incorporation into the life of the Triune God through Christ, and as such overrides all the scandalous divisions human sin has incorporated into Christ’s church: “we acknowledge one baptism”.

Matthew’s Gospel (which St Dominic always carried with him) concludes with the Dominical command to the eleven disciples, some or all doubting or hesitant, “Go therefore and make disciples of all nations, baptizing them in the name of the Father and of the Son and of the Holy Spirit…” (Mt 28:19). One does not have to be a convinced believer, or even a believer at all to baptise (Can. 861, §2), providing that the intention of the baptiser is to confer the sacrament on the recipient (because the minister of the sacrament is, in fact, Christ himself), using the Trinitarian formula with the intention of doing what the church does.

This usage is critical, as emphasised by two recent canonical decisions. The first was internal: in a somewhat over-enthusiastic effort to render church language more gender-inclusive and so supposedly intelligible to our contemporaries, an Australian priest a few years ago baptised in the name of “the Creator, the Saviour, and the Sanctifier”. These ‘baptisms’ were ruled invalid and had to be repeated. Why so? Essentially because such terminology disregards a longstanding church tradition, dating back to the Fathers, of the normative theological priority of biblical terms and their inherent biblical meaning. While it is true that such designations can be truly applied to God, that truth is limited only to God conceived as acting towards us, and does not adequately designate who God is in himself: that is, the Father and the Son and the Holy Spirit. If one is to be incorporated into the Trinity as the Trinity is, then one must be baptised in the name of the Father, the Son, and the Holy Spirit.

Similarly, externally, in 2001, the Vatican declared that the baptism of the Mormon church was invalid, because there was no real invocation of the Trinity: for the Mormons, the “Father”, “Son” and “Holy Spirit” are not three persons in which one divinity subsists, but three gods who form a divinity. Such divergence in doctrine implies that the Mormon minister does not have the intention, when baptizing, of doing what the church does when it confers baptism.

The ‘one baptism’ we acknowledge creates a radical equality among all the faithful, of whatever communion, of whatever status (although ministry in the church should, of course, always be conceived in terms of service rather than of privilege and power). All of the baptised are equal in the sight of the Lord, all are equally responsible for the body of Christ, and equally responsible to him; whether male or female, slave or free, Jew or Greek, pope or laity (cf 1 Cor 12:13). That is our glory, and our challenge.