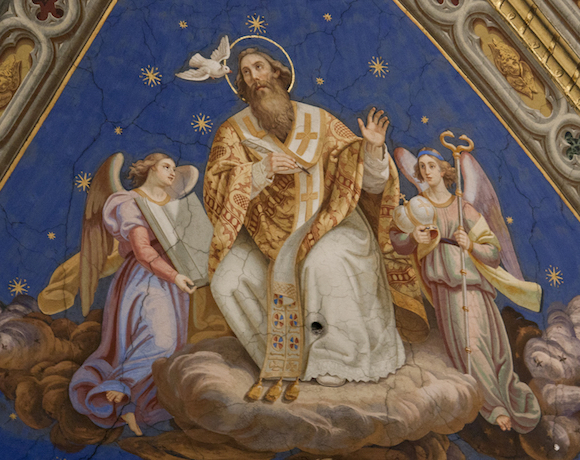 Doctors of the Church: Basil

By Vincent Loning O.P.
24
By Br Vincent Antony Löning | “The love of God is not something that is taught, for we do not learn from another to rejoice in the light or to desire life, nor has anyone taught us to love our parents or nurses.” (Long Rules Q. 2)

“The love of God is not something that is taught, for we do not learn from another to rejoice in the light or to desire life, nor has anyone taught us to love our parents or nurses” (Long Rules Q. 2). Strange words indeed, coming from a Doctor of the Church! And yet that is precisely the advice that St. Basil gives to his monks, whom you’d expect to get better training in loving God than most… A useful health warning then, but also I think a sign of great hope: I do not need great theological scholarly insights, but rather a simple and loving heart, if I want to come close to Christ.Not that Basil was an unlearned man, by either religious or secular standards. He stemmed from Asia Minor (modern-day Turkey) and came from a distinguished and devout family. Three of his siblings, Macrina, Gregory of Nyssa, and Peter of Sebaste, as well as his parents and his grandmother, are all venerated as saints. After promising studies in rhetoric, which could have opened the way to a brilliant administrative career, he did not pursue this path but instead received baptism, and quickly retired into solitude.

Basil would come to be not only an early participant but also a great advocate for the ascetic life. This is at a time when, in the early days of Christian monasticism, the movement was still regarded with suspicion by much of the clergy and the upper echelons of society. After travelling through the East to study the lives of various hermits and other ascetics, Basil eventually settled in Caesarea in Cappadocia where he founded his own community. He was also admitted into the clergy of the city, and when the see became vacant in 370 was elected its bishop. His austere life and piety made him popular with the city’s wider population.

His influence as a theologian and Church father is considerable. A strong champion of orthodoxy along with his good friend Gregory Nazianzen, the pair defended Nicene Christianity in the face of Arianism and Semi-Arian interpretations of the creed; he would eventually be vindicated after his death at the First Council of Constantinople in 381. Basil also rescued much that was good in the theologian Origen’s thought and writings from being discarded as ‘the work of a heretic’, and was willing to use as both true and useful much of the pagan philosophy of his time. His thinking is particularly rich and original in the area of pneumatology, as witnessed by works such as On the Holy Spirit. His doctrinal influence was acknowledged within years of his death in 379 in the East, and spread quickly to the West due to his endorsement by Fathers such as Augustine and Ambrose.

St. Basil the Great also leaves a living legacy behind him. He is to be remembered as an organiser of monastic life – his Great Rules, arranged in Q&A format, are in fact a very practical guide to simple Christian living, as well as a spiritually enriching and at times quite entertaining read. Eastern monasticism still looks to him as its founding father, much as the West looks to St. Benedict. He also strongly influenced the development of Eastern liturgy; in that he can be considered as the counterpart to Pope St. Gregory with whom he shares the epithet ‘the Great’.

He can also be a pattern for our lives, at least in the little things. He had some deep theological disagreements at times, including with some of his close friends, but he would never let this come in the way of loving them, just as he loved the poor and his monastic family. That love is badly needed for a Christian – as he sometimes complained, “There is not enough charity.” In which case, St. Basil the Great, pray for us!