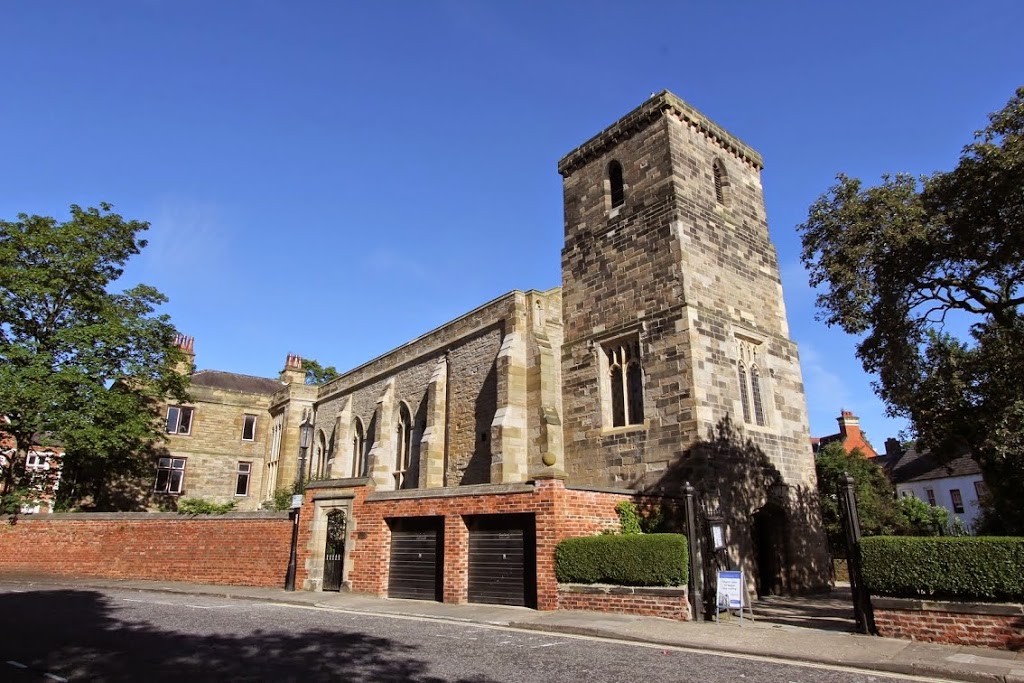 We begin our series on Dominican Priories with the newest and smallest house in the English Province: St Cuthbert’s in Durham. Erected on 28 September 2012, with fr. Benjamin Earl OP as Vicar, this is a Filial House of the Newcastle Priory, meaning that the two houses form one single Dominican community. The brethren meet regularly in order to foster these bonds, even when their pastoral work keeps them busy in different places and apostolates.

St Cuthbert’s, of course, is named after the great monk-saint whose shrine is found at the high altar of the magnificent Durham Cathedral. The relics of King St Oswald and Saint Bede the Venerable, the finest scholar of his generation and a Doctor of the Church, are also in the Cathedral. St Cuthbert’s Catholic Church is located on Old Elvet, one of the more ancient parts of the city and a centre of Catholic activity even in the periods of state persecution, which led to several martyrdoms. By the 17th century, Jesuits were running a chapel in this area, and in the 19th century it was possible for the first Catholic church since the Reformation to be built here, replacing the two Elvet Chapels.
Today, St Cuthbert’s also houses the Durham University Catholic Chaplaincy. It is well situated near the University buildings, especially the Students’ Union. The pastoral opportunities and the intellectual climate (Durham University is home to the Centre for Catholic Studies) make this a natural environment for Dominicans, as chaplains, teachers or students in theology.
The house has space for up to four brothers, having a more domestic feel than our large priories elsewhere. But this is enough to sustain an active religious life, including the daily singing of the Divine Office. There is daily Mass and Office, as well as regular Adoration and Confession, and a packed Student Mass at 6.30pm on Sundays for which there is a growing student choir.
The Chaplaincy has space for study and socialising, to which students can have access. The CathSoc organises a varied programme of events throughout term, including CathSoc Night on Wednesdays, billed as “the best night in in Durham!” A high proportion of Catholic students participate in some way or other in the life of the Chaplaincy, and there is no doubt that they and the parish benefit from their symbiotic link. St Cuthbert’s in Durham may be our newest house but it must be one of the most dynamic.
You can find more information on the relevant websites:
Parish websites: http://www.stcuthberts-durham.org.uk
University Chaplaincy: http://www.durhamcatholic.org
Centre for Catholic Studies, Durham University: https://www.dur.ac.uk/theology.religion/ccs/
Diocese of Hexham and Newcastle: http://www.rcdhn.org.uk
Top image: St Cuthbert’s Catholic Church, Old Elvet, Durham
Categories:
Dominican Priories