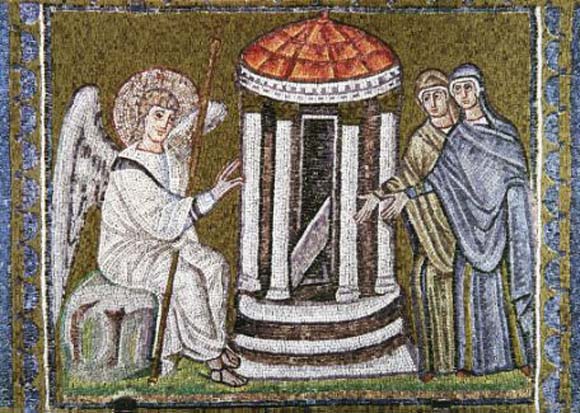 We do not preach the empty tomb, but the living Christ. The essence of our Easter joy does not reside in the disciples’ finding the place of death to be empty, but in the disciples themselves being found by the One whom we lost in death, now seeking them out as the Resurrected Lord. The empty tomb remains a sign—albeit an indispensable one—of this central Easter mystery, from which it derives its meaning. The discovery of the empty tomb itself constitutes a pregnant silence, a moment of ambiguity: has Christ risen, or have they stolen Him away?
In the New Testament, the precise moment of the resurrection—the genetic moment of meaning—is indicated, but never described in a way that satisfies our avid curiosities, let alone the rigorous demands of empirical science. We cannot study the moment of the resurrection directly, but we can encounter its effects. There are, indeed, many witnesses of Christ’s resurrection, those blessed to encounter The Lord risen and dwelling amongst them, but there are no witnesses to the moment of the resurrection itself: we’re left with a battery of questions—how? when? why?—and the empty tomb, a pregnant silence broken by the Risen Christ’s approach. “As I had always known He would come, unannounced, remarkable merely for the absence of clamour.” (Suddenly). 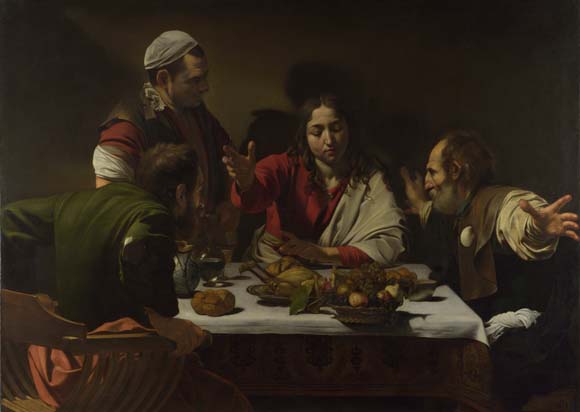 Perhaps even desiring to isolate the perfunctory moment of the resurrection is wrong-headed in a distinctively modern kind of way. The very silence of Christ’s resurrection points to its unique status. The resurrection of Jesus is not a re-birth: there are no cries of labour, there is no traumatic separation of mother and child. Nor is the resurrection a resuscitation: there are no panic stricken medics, no recourse to the grunting sweaty business of mechanical resuscitation. The time of trauma has passed now, the spectre of death no longer hangs over Jesus as a fearful inevitability: he will never again taste death, for the power of God’s life-giving mercy is stronger than death could ever be. The finality of death’s inevitability is thus destroyed, not by the violent triumphalism of battle, but by the peace of a silent love. The destruction of death is not a violence against death’s violence, but the peaceful overcoming of all violence in the silence of eternity.

Whilst not yet the appearance of the living Lord, then, the empty tomb is nonetheless implied by the resurrection, standing as a sign that, paradoxically, points backwards from heaven to earth: “He is not here”, he who lives and reigns is not to be found amongst the dead. The empty tomb is a “room […] from which someone has just gone, a vestibule for the arrival of one who has not yet come” (The Absence), but it stands as an icon of vindication for Christ’s preaching, a confirmation that “Truth Himself spoke truly,” that this Man was, indeed, the Son of God. 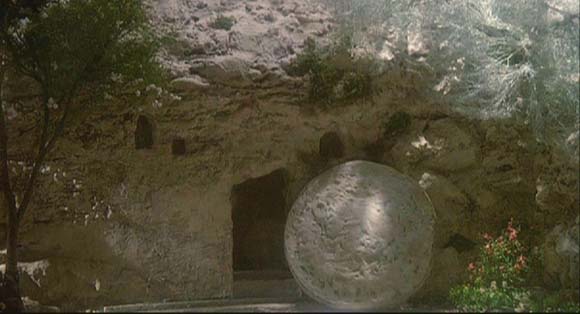 The horrors of Calvary remain horrors. They still indicate the gravity of sin, the seriousness with which God—acting out of a covenantal love—regards our transgressions. From the perspective of the empty tomb, however, it is clear that our sins—the sins that nailed The Lord to the tree—will not be allowed to have the final word. Divine love, and not human sinfulness, is definitive, for God is Lord of our lives, not the servant of our sinfulness. The sufferings of the Cross continue to cast a shadow over our fallen world, but the light that falls is that shed by the glory of the resurrection, in which all human sufferings take on light and every tear is wiped away.

The resurrection cannot be contained within the space left vacant by the death that Christ defeated by enduring. The backward-looking perspective of the empty tomb is a function of the forward-looking resurrection-life of Jesus, which has cut a new pathway for humanity to enjoy an eternal resurrection-life with the Trinity. The passion is a remedy for the fall of Adam, yes, but the the meaning of Adam is found in Christ, not the meaning of Christ in Adam: the gift Christ offers for our enjoyment—a share in The Lord’s corporal glory—is greater even than the gift of Eden. 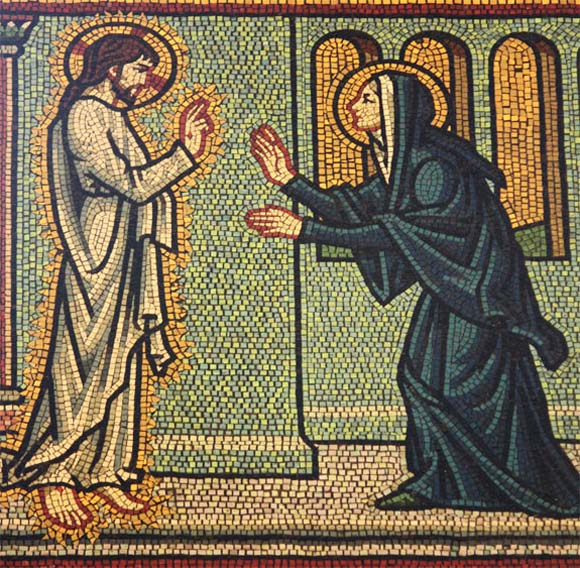 The uniqueness of Christ’s resurrection stands out in stark relief against the backdrop of one of its most obvious New Testament analogues, the miraculous raising of Jesus’s friend Lazarus. Lazarus, who would taste death again, returns to a world that was much the same as the one that he left, structured by the same principles of human possibility. Was not Christ’s weeping for Lazarus at least in part a mourning for the trauma of Lazarus’s second death, even if this culmination will be death to eternal life in Christ? The uniqueness of Christ’s resurrection, by contrast, is a unique uniqueness, altering the parameters of human possibility and definitively moving human history forward, by offering—in grace—a  new life of unimaginable joy, which we in the Church taste, share and celebrate this Easter, looking forward to its consummation in our own particular resurrections to come.

As the world slept, whilst nobody was looking, the seemingly fixed coordinates of our suffering world were silently transformed by divine love. Yet, “[t]he gamblers / at the foot of the unnoticed / cross went on with / their dicing; yet the invisible / garment for which they played was no longer at stake, / but worn by Him in this risen existence” (Suddenly).