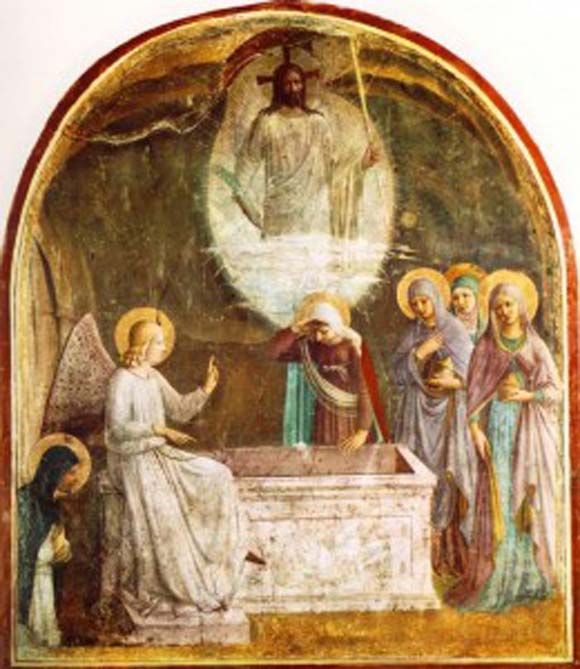 Easter Sunday – The Tomb is Empty

The desolation of the previous few days was magnified when Mary of Magdala discovered the empty tomb. “They have taken away the Lord, and I do not know what they have done with him.” Insult was being added to injury, as it was unimaginable that any further ignominy could be done to him.
When Mary runs to tell the disciples, they come in haste. As soon as they arrive, they see what they had never understood. The scriptures had been telling them clearly, the Lord had tried to tell them. But the action spoke louder than the words, and when they saw, they believed: he must rise from the dead.
Before his death, Jesus seemed unconquerable – he made the lame to run, he gave the blind their sight. Now he seems invincible. He has shattered the greatest horror of all: the horror of death. That tomb was the place of desolation. He was laid there dead, a defeated man. He comes out alive, victorious over evil. Thus the tomb of death becomes the womb of new life.
The Lord is not in the tomb. The tomb is not his place. The disciples did not find him there. He is not to be found among the things of the world, but in the things of heaven. The empty tomb is good news for the disciples. In the depths of their horror, they are shown that their trust was not misplaced. We will not find him in the tomb. We will not find him if we search for worldly glory or riches. He has given us new life so that when his glory is revealed, it will also shine in us. Resurrexit sicut dixit! Alleluia!
Categories:
Easter