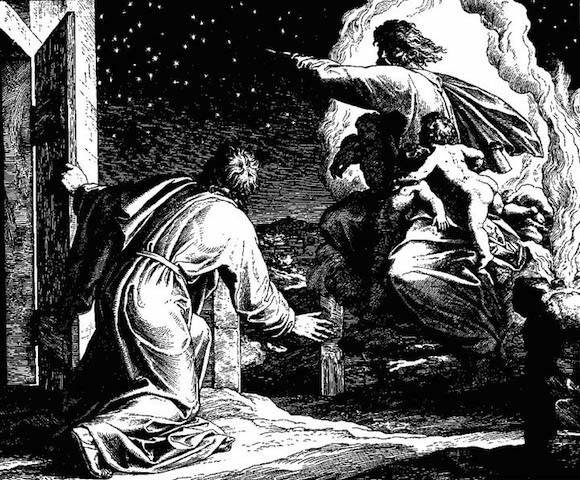 Are you like Abraham and the woman at the well or like those persons mentioned in the Gospel today?

In the first reading today God makes a covenant with Abram. This covenant entails a change: first, Abram will now be the father not just of his biological offspring, but of entire nations: he will be many people’s father in faith; second, Abram will have his name changed to Abraham, a daily reminder of the new state of life in which he lives; finally, he is given the land of Canaan, a prefigurement of that eternal homeland which can never be seized or perish as an earthly kingdom can. Abraham grows in his relationship with God and comes to know Him better. He glimpses the Divine Will and is blessed abundantly.

In the Gospel we read of some persons who were unable to see as Abraham was able to see. Our Lord spoke but was met with deaf ears and hardened hearts. The Source of all Knowledge and Wisdom encountered creatures who claimed to ‘know for certain’ that the words of Our Lord came from anything but a Divine source. They asked who Jesus claimed to be, but unlike the encounter of Our Lord with the woman at the well, their hearts were so hardened that the possibility of the Seed of the Word taking root was a good as impossible. They were not interested in Him. They did not thirst for Him as the woman at the well did. The woman’s heart desired the water to quench her thirst for life-giving Love; the characters in today’s Gospel passage desired stones to quench their impenetrable hate-filled hearts.

God is always speaking to us. He speaks and says things which we may not be picking up. We should imitate Abraham’s openness of heart to God and enter into the Divine Conversation. With the help of the Sacraments—especially Confession and the Eucharist—a faithful prayer life (do not judge the quality of your prayer life; just devote time to God and leave the judging to Him), and works of mercy, we enable ourselves to be receptive to the—more often than not—gentle whisper of the Divine Voice.