First Sunday of Lent: Flourishing in the desert 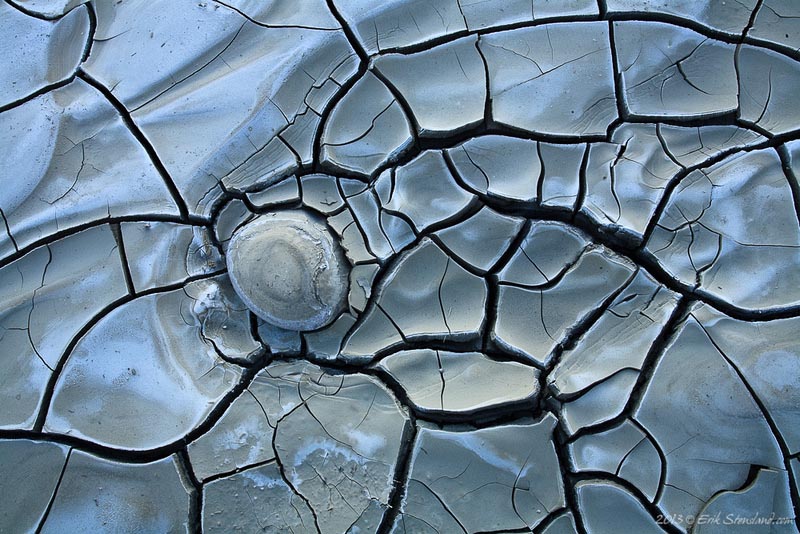 Pope Benedict, reflecting on today’s readings, which include Mark’s account of Christ’s temptation in the wilderness, says that “the image of the desert is a very eloquent metaphor of the human condition.”

On one level, this is a very obvious metaphor, we need only think of last Sunday’s horrendous news that Islamist militants claiming loyalty to ISIS had beheaded 21 Coptic Christians who were taken hostage in Libya several weeks ago. We may consider the mounting tensions in Russia and the Ukraine and the political turmoil in Yemen. We reflect on all this brokenness, we reflect on our own failings and sinfulness and the world can seem a pretty barren place. But this is not the whole picture, and on this First Sunday of Lent, I don’t want us to think of Lent as just artificially putting ourselves in a tough place for 40 days.

The desert is a place of unbelievable fertility. Think of how a place as seemingly barren as the desert can burst into astonishing beauty after rainfall. We deliberately enter the desert during Lent, we take penances upon ourselves, resolve to pray more, and to give alms to others, in order that we might then leave the desert more fully human, which means to be more Christ-like.

Today’s Gospel doesn’t stop with Christ’s temptation, rather we learn that Christ leaves the desert and immediately begins his ministry “preaching the Gospel of God and saying, “The time is fulfilled, and the kingdom of God is at hand; repent, and believe in the Gospel”” (Mk 1:14-15). He then goes on to call the first disciples, preach in the synagogue, and cure Peter’s mother-in-law amongst many others. The way Mark recounts this has a real sense of urgency, and we see the time in the wilderness bearing much fruit.

We should view Lent, our time in the wilderness, as being for something, it is not its own end. It is a time of learning about ourselves; you may be thinking like me after only 4 days, “Gosh, I really DO LIKE crisps and cheese!” We give things up not to make ourselves moody or unhappy, but so that we can be aware of how strong some of our bodily desires are for seemingly trivial things. We learn that much as we like some things, we can live without them, and we focus on what we really do need. As Jesus responds to the devil tempting him in Matthew’s account: Man shall not live by bread alone, but by every word that proceeds from the mouth of God.” (Mt 4:4) The gap which, we might feel, is left by those things from which we abstain, can be filled in a wholly different way by prayer and almsgiving. 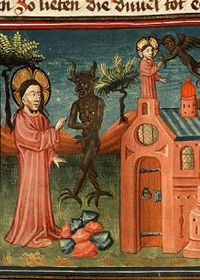 In today’s second reading from 1 Peter we are told of Christ: “In the body he was put to death, in the spirit he was raised to life, and, in the spirit, he went to preach to the spirits in prison.”

During Lent we die a little to our bodies, in order that God might nourish our souls a little more, and thus we become better integrated. We do not reject our bodies, we’re not dualists, but we acknowledge that sometimes we’re a little too quick to satisfy every bodily desire we have, whilst knowing full well that this does not lead to happiness. How often 15 minutes after a binge do we regret it!? Lent is a time when we can heed our Lord’s words: “Do not labour for the food which perishes, but for the food which endures to eternal life, which the Son of man will give to you . . . .” (Jn 6:7)

In Lent, through the grace of God, we can learn better self-control; so that things which don’t matter don’t get in the way of those which do. For some it might be an over-reliance on food when upset; for others too much time on the internet might mean neglecting our studies or relationships with friends in person. For all of us there are probably things which we really like but which we know, at the same time, an over-reliance upon can get in the way of who we want to be, who Jesus is calling us to be. You might want to think of Lent as boot camp for Christians. Along with Advent, it’s the time when we support one another in getting, not just our bodies, but our lives in better shape. 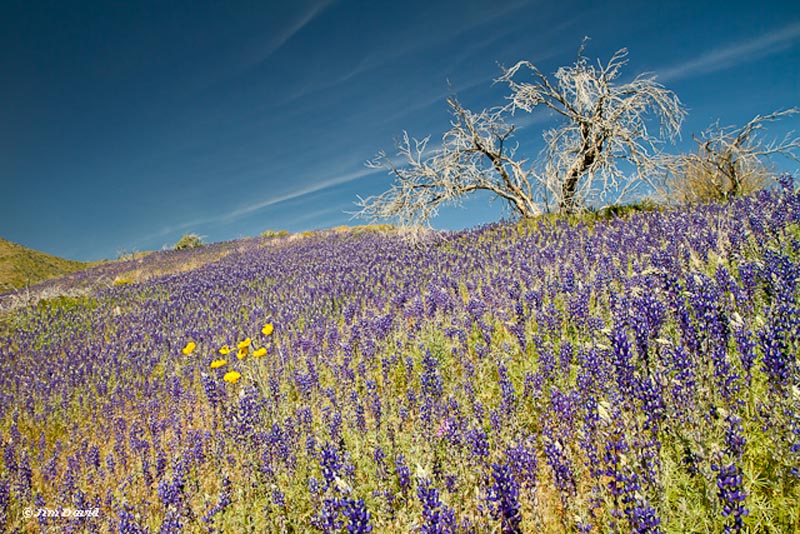 Let’s try to think of Lent as an opportunity to become more fulfilled and happier, not an obstacle to happiness. Lent is a gift from the Church and this time, if used well, can mean that come Easter, after our time in the desert we will be truly blooming and reflecting the radiance of the Risen Jesus.