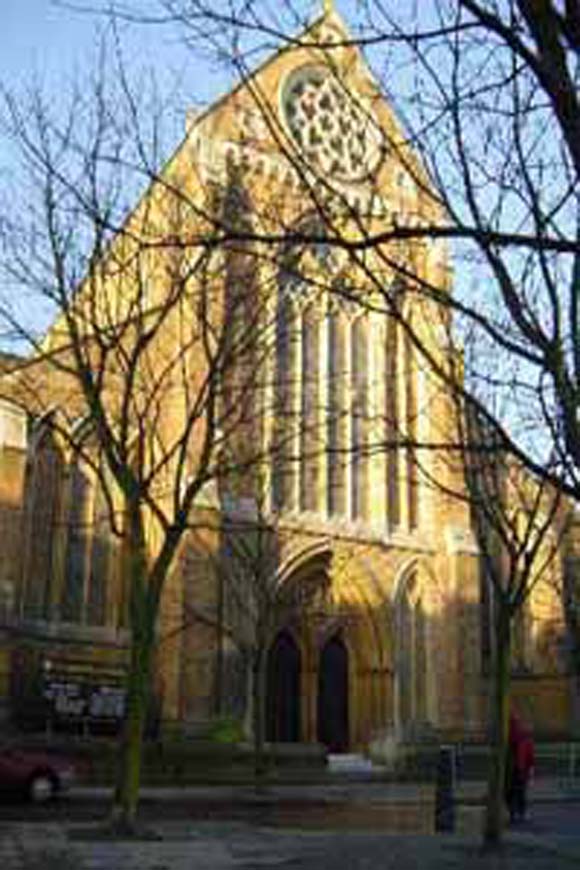 By Nicholas Crowe O.P.
21
Born in Shropshire on 10th August 1913, Fr. Donald grew up in Preston where he was educated by the Jesuits. He joined the Dominicans aged 18 in 1931, was professed a year later and ordained a priest in 1937.

After the completion of his studies Fr Donald was assigned to St Dominic’s Priory in London which would be his home for the greater part of his life. Fr Donald became well known during this period for his preaching and would join the famous Vincent McNabb OP in his discourses and debates at Hyde Park and on Hampstead Heath. On a brief spell away from London he was involved in the foundation of Spode House, the Dominican conference and retreat centre that would play such an influential role in English Catholic life in the middle of the twentieth century. Later he spent one year in Barbados helping with the refurbishment of the Cathedral.

Fr Donald found the changes to Dominican life and liturgy after the Second Vatican Council difficult to stomach, but did nothing to obstruct them. He was respected and admired by his younger, more radical, brethren for his compassion and kindness. He died after a short illness in April 1970 aged 56, twenty four hours after returning from a pilgrimage to Lourdes.

Eternal rest grant to him O Lord, and let perpetual light shine upon him.
May his soul and the souls of all the faithful departed through the mercy of God rest in peace. Amen.