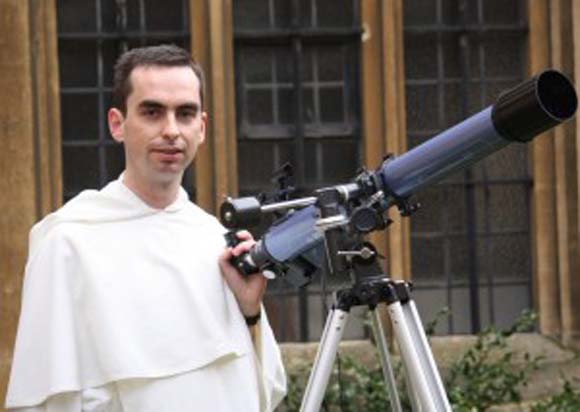 Friars’ Passions – 3 The Heavens are telling the glory of God …

It’s not very inviting to venture out these January evenings, but the frost and cold is no match for warm clothes, sturdy shoes, thermal gloves, and the determination to train my telescope on the stellar constellations and planets that light up the night sky.

Astronomy is a hobby I have enjoyed since I was a child. I have always been hooked on the thrill of seeing with my own eyes something that isn’t even on the planet. There is something truly exquisite about being able to appreciate a feast of natural beauty often billions of miles away. I’m watching closely at the moment for a clear night in Oxford, when I can train my telescope on the planet Saturn (currently visible in the night sky in the later evening) and see the rings that are illumined by the Sun, and first viewed by the human eye of Galileo Galilei in 1610. Saturn itself is at a minimum of 1.3 billion kilometres distance from earth, when the sun and Saturn are seen at opposing sides from Earth.

Recently the BBC News website reported: “Pope Praises Galileo’s Astronomy”, as he did on the 21 December 2008. The article notes that Pope Benedict XVI has been embroiled in controversy in the past for appearing to condone the verdict of heresy against Galileo, famously declared in 1633 for his assertion that the earth revolved around the sun and not the other way round. This controversy has led to a perceived split between the practice of faith and the discipline of astronomy, no doubt a smaller symptom of the dichotomy between faith and reason, science and religion so highlighted in areas of Enlightenment and modern thought.

Of course, the Church now accepts that Galileo’s observation was correct, but she has never been opposed to astronomy in principle. In fact, the date of Easter is carefully appointed for each year by the Church with the aid of astronomers, who devised sophisticated equipment that allows them to predict years in advance the date of the first full moon of spring, the Sunday after which is Easter Sunday.

In his Angelus address on 21 December 2008, the Pope prayed for those who participate in various ways in this International Year of Astronomy. This venerable discipline, the Pope reflected, plays a significant role in marking out the rhythm of prayer, recalling particularly the Angelus prayer itself, recited by tradition at morning, noon and evening: ‘you made the moon to mark the months, the sun knows the time of its setting’ (Psalm 103).

I myself have no professional skill or advanced learning in the field of astronomy. It is merely the beauty of the universe that causes me to lift my eyes above the mountains, and witness there that the heavens are telling the glory of God (Psalm 19). 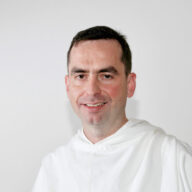