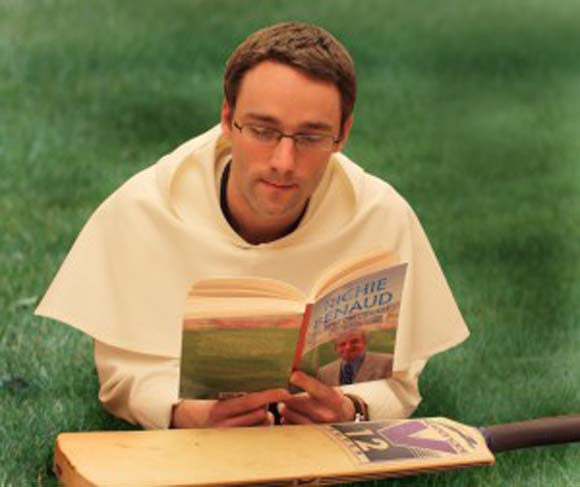 My interest in Cricket started during my teenage years. Growing up in rural Wales, the sport of preference was Rugby, so I had little opportunity to play Cricket. My interest grew from watching England playing test matches on the television. As many people will know, cricket is a very complicated game, and test matches are played over a five day period. There is a lot to learn before gaining an idea of what is going on. As I learned about the rules, the various techniques and so on, I became fascinated by the game.

There are several things that I love about it. The first thing is that within a five day game, there are lots of little battles that go on: the contest between the bowler and the batsman and the little psychological games that go on between the two, the strategies and planning by the fielding side to get a particular batsman out, and so on. I have learned to appreciate the great skills of a bowler at the top of his game, and to see the beauty of the perfect shot played by a batsman. I also love the various statistics that come with the game, which are indicators of the strengths and weakness of particular players and teams. It is an analyst’s paradise! Cricket is not always a high octane, fast paced game, though there are moments of great excitement. However there is an underlying subtlety that is part of its charm for me. Underneath the seemingly sedate pace, there is much strategy and planning, and the team who plans well, holds its nerve, has patience and executes its plans with skill usually comes out on top.

It may sound strange, but I do find similarities between cricket and the Christian life. Living a good Christian life is not always a source of instant gratification. Developing the virtues that make us good followers of Christ does not neccessarily give us much of a buzz or adrenaline rush most of the time. But it does open our eyes to that subtle beauty that is the life with Christ. The more we strive to live in Christ, and to learn about God and what he has done for us through Christ, the more we see a whole range of possibilities opened to us. Through perseverance, we come to see how being a Christian brings us a deep and subtle joy.