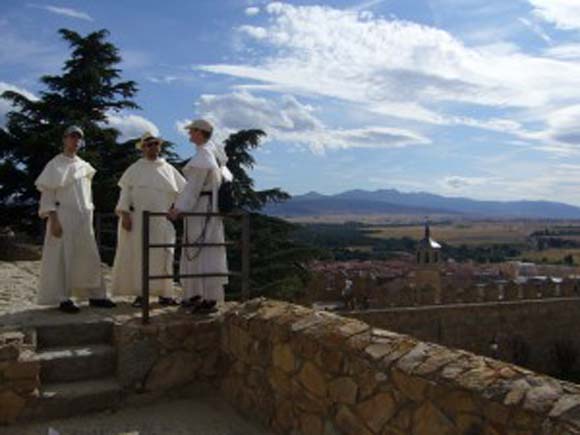 Travelling has been a part of my life since I was 10 years old. From that age, I began to sing in a cathedral choir in Germany, sometimes every weekend. Over the course of several years, we would often go on extended trips touring throughout Germany. It was sometimes very exhausting – but it was wonderful to see so many different parts of my country: from the Alps to the seaside, through the former “German Democratic Republic” and along the Rhine. But I realise now, looking back, that the most important thing was not to see lovely and interesting places, but to meet people in those places, and to be there with friends. It forms you as a group to have such common experiences, good or even bad. And after my time in school, I continued to travel throughout Europe. It was not the fancy destinations which attracted me, but to go to nice places with friends, to spend time together – on which to think back and say “do you remember…?!”

Needless to say the possibilities of travel have changed since I joined the Order. As a religious I have not only the duties of a student but I am part of a community with responsibilities therein. I cannot do or not do whatever and whenever I want, but I have to be considerate of my brethren and need, of course, the permission of my superiors. And I am also a bit less “flexible” in terms of money. On the other hand, even in the Order, many opportunities to travel do arise, and I have met a lot of people from all over the world. It was often not a holiday in the strict sense, e.g., an international Dominican study week in Dubrovnik, a pilgrimage to Calaruega (Spain), the birthplace of St Dominic, a journey with the studentate to Bologna, where St Dominic is buried, but also proper “holidays” with brothers in Salamanca or hiking in the Tatra Mountains. In all these places we have not simply been tourists, but were Dominicans, with Dominicans.
And even if we are separated by language and nationality, it becomes always apparent, that we are one Order. An older brother once told me: “we are suffering from Babel’s confusion of tongues.” Possibly we can help a little bit to overcome the fragmentation of the world and come to the unity to which we are called by God. That may sound too sophisticated, but it is very simple: it means to accept and cultivate friendship when it is given to us.
Categories:
Dominican Life, Friars' Passions