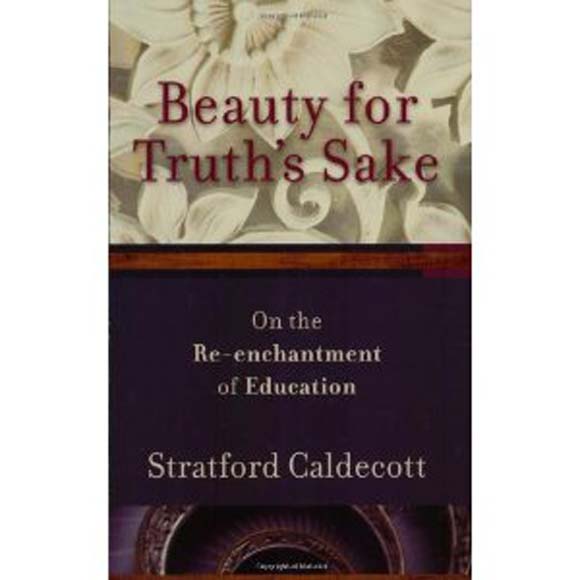 By Vivian Boland O.P.
109
The following review, by Fr Vivian Boland OP, was published in Faith magazine in January 2011:
Stratford Caldecott, Beauty for Truth’s Sake: On the Re-enchantment of Education, Brazos Press, Grand Rapids, Michigan, 2009, 156pp, £12.99
In their struggles with Christianity, the pagan philosophers of late antiquity presented Pythagoras as their answer to Jesus: here was a good and spiritual man whose knowledge and wisdom became foundational for all later philosophy. In this fascinating manifesto on the re-enchantment of education, Stratford Caldecott also appeals to Pythagoras, but to a baptized Pythagoras, his thought about mathematics and music transposed into a Christian key, something already underway in writers such as Boethius and Augustine.

Taking as his starting point Benedict XVI’s appeal for a liturgical understanding of human existence, Caldecott shows how the rationalism that has reduced western education to something purely utilitarian, will be overcome through a fresh appreciation of the transcendentals of truth and goodness, but only where the neglected transcendental, beauty, is allowed to work its influence. The perception of form is fundamental if the elimination of meaning is to be reversed.
A first chapter considers how the medieval quadrivium of arithmetic, geometry, astronomy, and music, became separated from the study of philosophy and theology, as if the quadrivium was an end in itself rather than the way in which a person was made ready for the study of philosophy and theology. A true appreciation of ‘liberal’ education was thus lost, as was a strong sense of the rootedness of the higher disciplines in the study of number and its relationship to physical time and space. The Pythagorean inspiration of the vision proposed is clear and so too is the liturgical destination of education, where time and space are made holy in the worship of God. Caldecott is not making a romantic or antiquarian proposal: ancient and medieval understandings need to be adapted to where we find ourselves now in the story of human understanding.
A second chapter argues for the education of the heart and imagination not just to feel but to know. This is crucial for science too as C.S.Lewis, Charles Taylor, and others, have argued. There follow two chapters developing this theme of the reintegration of science with the poetic mode of knowledge. This requires appreciating anew the nature of symbolism, the analogy of being which it presupposes, and an alternative vision of mathematics, what Caldecott calls ‘the lost wisdom of the world’. He speaks about the symbolism of numbers, the ‘golden ratio’ or ‘golden section’ that is found throughout nature, and symmetry, in which complexity and unity converge. Mathematics connects directly with theology, he continues, showing (following Augustine) how pointers to the Trinity are to be found everywhere. Much of this is inspiring and convincing though some of it feels contrived: Caldecott acknowledges that some of the speculations he records may appear forced.
The fifth chapter considers harmony, another element in the classical definitions of beauty, and he reflects on it in music, architecture, ecology, and astronomy. There are many beautiful thoughts and applications here as he sketches a Christian cosmology whose principles and values are at once scientific, practical, moral, aesthetic, and theological. He is happy to call the one who subscribes to such a vision a ‘Christian Pythagorean’ (p. 115).

A final chapter considers ‘the liturgical consummation of cosmology’. The philosophical and theological roots of ‘secular modernity’ continue to be exposed and examined, and Caldecott calls on many contemporary thinkers in support of his diagnosis. The way forward, he believes, is in recovering a sense of revelation and worship, in particular in recovering the ability to pray. This cannot be done willfully, of course, but emerges spontaneously from a particular way of appreciating the world: as an objective and beautiful thing, a symbolic reality whose fabric reveals, in a great variety of ways, the forms or archetypes of the world’s order (pp. 13, 125). A sense of the sacred, celebration of the liturgy, wonder and gratitude: these are the things in which we need to be re-educated not just for the joy of living in an enchanted ‘Liturgical City’ but because it is the only way to keep our education humane and our life civilized.
Like all manifestos this book is relatively short but clear in its diagnosis and in its prescriptions as well as being pregnant with many suggestive lines of thought. Anyone concerned about the condition of the perennial philosophy, or the future of Christian civilization, ought to read it.
Categories:
Fruits of Study, Study 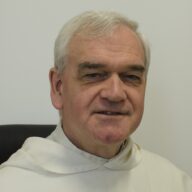