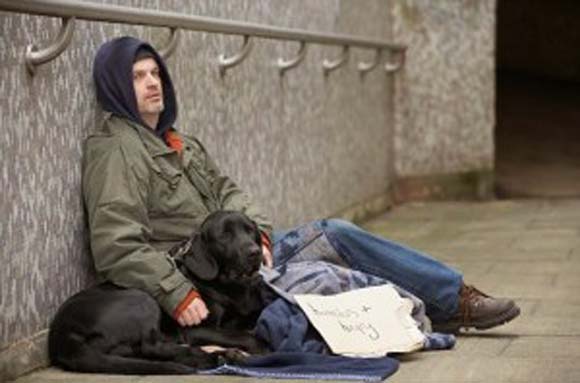 By Luke Doherty O.P.
28
It comes as no surprise that the Gospel of Christ often carries an uncomfortable message, and although there is joy at the end, there are hardships and endurances along the way. Pope Francis has reiterated calls for a poor Church that is in solidarity with the poor, in Evangelii Gaudium. The Church has always called for a preferential option for the poor, ever since the first apostles gave alms to the poor Christians have placed charity at the forefront of putting the Gospel into practice. For all Catholics, the message is the same: we are required to give preference to the poor and to serve them as equals in God’s eye. This is not an optional extra. Pope Francis emphasises that [the cry for justice] means working to eliminate the structural causes of poverty and to promote the integral development of the poor (Evangelii Gaudium §188).
Often, when we think of serving the poor, we might think of giving money to a homeless person, or helping in a soup kitchen. In human terms this ranks highly for Christians, as God himself became poor, being raised in a home of ordinary workers and worked with his own hands to earn his bread (§197). But what of changing the structures of the economy that lead people into destitution, hunger and perhaps eventually homelessness? There are Catholic economic alternatives to the neoliberal capitalism and ‘market forces’ that dominate many aspects of our economy. There has been recent criticism from Archbishop Vincent Nichols, on government cuts to state welfare payments, as well as the inherent problems and unjustness of our economic system. Archbishop Nichols claims there has been an erosion of the ‘safety net’ of the welfare system which means people are now being left destitute. There are also fundamental problems with the way the ‘housing market’ works, which are leading to more and more difficulties and pressures for the poor, who are in some cases being forced into temporary accommodation, or at worst onto the streets and homeless hostels.

Generally speaking, the average family or individual is now being priced out of living and working in many parts of the country, let alone being able to establish permanent roots in an area. House prices in London for instance, now average over £440,000 which means only those with large amounts of money can own their home. Many are increasingly unable to afford even rented accommodation. If new homes and flats are only built for the benefit of investors (who get first chance to buy new properties) then there is a distinct lack of preference for the poor. Pope Francis calls for a rejection of the absolute autonomy of the markets and financial speculation, as without this the structural causes of inequality (the root of social ills) will never be addressed (§202).
One option to provide affordable ‘social’ housing is of course through housing associations and housing co-operatives. Well-managed housing associations enable residents to live in accredited accommodation that is fit for purpose, and rents are invested back into the housing co-operative or association, which keeps rents at an affordable level. Such a direct intervention in the so-called ‘housing market’ would potentially ensure a radical transformation of the way a key part our economy operates, taking power out of the hands of private landlords and investors. With such economic models of ‘distributism’ the poor can have stability of family life and integral development. This is the sort of joyful message that the Gospel brings. It is not just a token 50p in the hand of a homeless person, it is changing the very economic structure that allows people to fall through the ‘welfare’ net in the first place.

Government intervention in the ‘housing market’ could also include setting a maximum selling price for particular developments, increased regulation of land and property ownership with the ‘ends’ of accomplishing the rich social teachings of the Catholic Church. Politically, in this country this probably means more public funding for housing associations to construct new dwellings, in locations which are otherwise unaffordable or have chronic housing shortages. Curiously, the Holy Father finishes the section on ‘The economy and the distribution of income’ with the note that if anyone feels offended by his words, he only speaks them with affection and the best of intentions. He aims to help those who are in thrall to an individualistic, indifferent and self-centred mentality to be freed from those unworthy chains and to attain a way of living and thinking which is more humane, noble and fruitful, and which will bring dignity to their presence on this earth (§208).