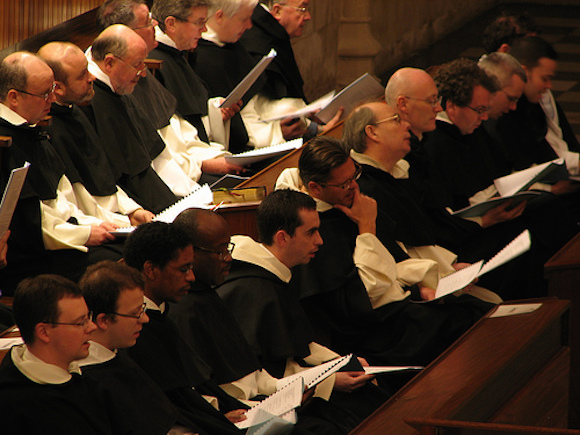 Or should that be Jerome of Moray…? We know he worked in Paris and flourished in the second half of the thirteenth century. But who was he and where did he come from?

Michel Huglo, in a short and provocative article in 1994, questioned the prevailing assumption that Jerome was from Moravia, in the east of the present-day Czech Republic, and identified him as Scottish instead. Jerome refers to himself variously as Moravus and de Moravia, yet Huglo argued that the former (‘Moravian’) was a copyist error, by someone unfamiliar with the Scottish diocese of Moray (in Latin, Moravia Scotorum). But in fact, as Błażej Matusiak points out, both forms can refer to either Moray or Moravia, and Huglo’s argument is inconclusive at best. Moreover, we know of other Moravians, such as Henry of Moravia (d. 1245), who were identified both as Moravus and de Moravia. Matusiak also suggests that a friar in Paris from distant Moray would more likely have been called Jerome of Scotland (think of Duns Scotus).

At any rate, Jerome of Moravia (as he shall remain) taught at Paris, the intellectual hub of the Dominican Order, probably flourishing between the 1250’s and 1270’s. He was thought to have died in 1264, but his major work, Tractatus de musica, has been dated to 1275-77 by Guy Lobrichon, in the recent critical edition. Since we have no biographical data beyond this work, Lobrichon’s dating must entail a re-evaluation of Jerome’s dates.

The De Musica is a kind of summa (or summula as Jerome calls it) of musical theory. Jerome wanted to make a succinct and clear compilation, aiming to provide in a single volume what otherwise would only be available in disparate books – this was a typically Dominican achievement, parallel to the summas in other fields of academic study. The De Musica tackles every aspect of musical theory known to the medieval period, including (for instance) chant, polyphony, rules of composition, aesthetics, instrumental music (but oddly making no mention of the organ), and even bell-founding and metallurgy. 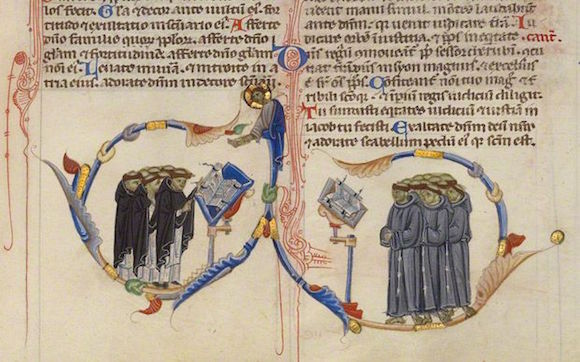 Jerome’s aim is primarily compilation rather than originality, and so he borrows freely from Boethius, Aristotle and Arabic sources, for example in relating music to mathematics, and from Johannes Cotto on plainchant. Many sections are copied wholesale from the Speculum Maius edited by his fellow Dominican, Vincent of Beauvais. But there are unique contributions from Jerome, too, regarding how to play stringed instruments (chapter 28), and his work is positive about ‘novel’ and ‘modern’ elements, such as measured music in the manner called cantus ecclesiasticus (chapter 25).

Although Jerome uses Dominican chants to exemplify his points, especially in the chapter on composition, it is a mistake (argues Matusiak) to think of the De Musica as a manual explaining ‘how to sing Dominican chant’. Such a practical method was provided by the Libellus de instructione novitiorum, while the De Musica is an academic work of music theory. In this vein, contrary to the prevailing opinion, Matusiak argues persuasively that the De Musica should not be linked to the Order’s liturgical reforms instigated by Humbert in 1254.

Jerome’s daily work, then, was not to teach music as a standard course for all Dominican students. More likely he may have been involved in training the advanced cantors. But ultimately, his De Musica stands as an academic work that goes far beyond the specifically Dominican use of music. Like the Summa of St Thomas, Jerome’s De Musica points beyond itself to a transcendent beauty and truth.