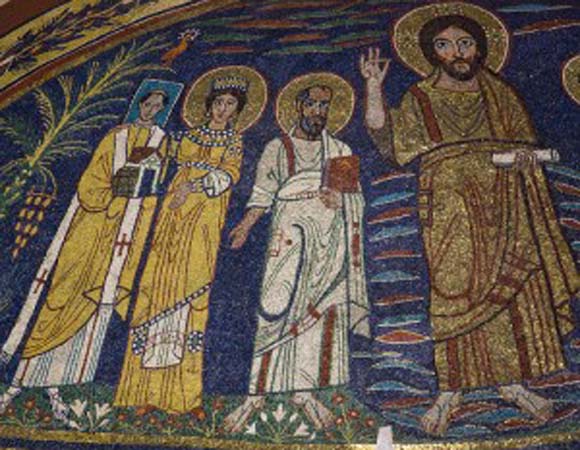 By Lawrence Lew O.P.
10
This is a homily for St Cecilia’s Day by our deacon, fr. Lawrence Lew OP, who is also house cantor at Blackfriars, Oxford.

The legendary Acts of Saint Cecilia say that on her wedding day this Roman virgin saint “sang in her heart” to God alone. And in 1584, when the Academy of Church Music was founded in Rome, they chose her as their patron, and so she became more popularly regarded as the patron saint of musicians.

Given the close association of music and singing with St Cecilia, the first reading is especially apt. St John presents us with a vision of heaven, and a choir made up of all those redeemed by Christ. And they are all musicians: playing on harps and singing. And they sing a new song which only they – the redeemed – can learn to sing. But as I was reading this, I wondered what the old song was.

The Book of Revelation often alludes to Genesis, and so we can think of creation as God’s song, and the Holy Trinity as the divine musician. The Father is the origin of the song. If you like, he knows the tune. But without words, and without breath to produce the sound, it is not a song. And so, when the Father sings, then by his Word, and with his Breath, which both proceed from him, the song of creation is being sung and sustained in being. So, the old song, if you like, is creation itself, and by his divine act of singing, God causes all that is, and holds everything in being. Marvel at the wonder of the world around you, and indeed, at your own being. For all creation, by its very existence, tells the glory of God … like a glorious symphony, and in perfect polyphony.
But then, God’s Word itself takes part in this symphony of creation. As Pope Benedict said in his recent apostolic exhortation, Verbum Domini, “In this symphony is found, at a certain point, what might be called in musical terminology a ‘solo’, a theme given to a single instrument or voice; and it is so important that the significance of the entire work depends on it. This ‘solo’ is Jesus”. The entry of Christ into God’s creation, heralds a fresh outburst of song. We find that the New Testament begins and ends with song, from the canticles in Luke’s Gospel to the canticles of the Apocalypse, and all these songs form a central part in the Church’s liturgy; we sing them everyday. And in a sense, these are the new songs based, if you like, on the musical theme introduced by Christ into the symphony. 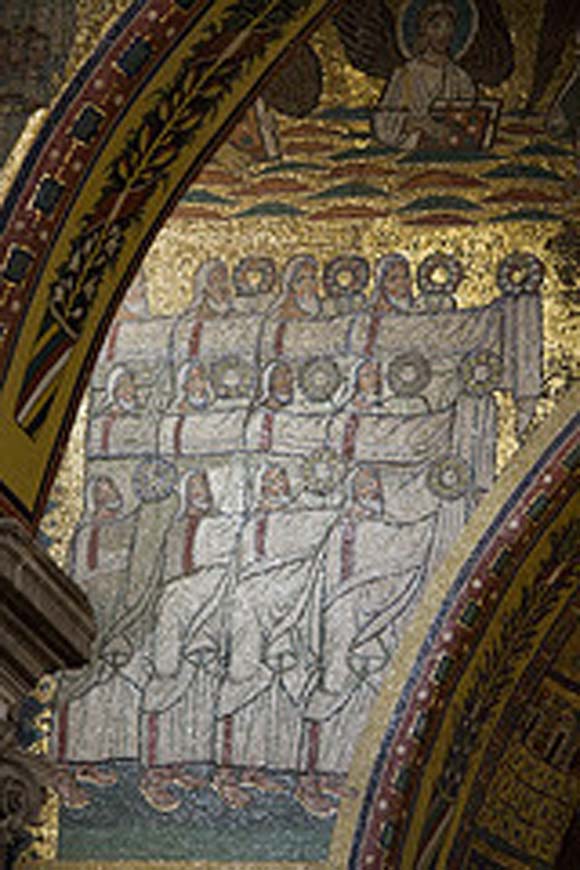 But I think Christ not only adds his voice to the song of creation and becomes a part of it, but actually he introduces a new song. Indeed, the eternal Word has taken on the flesh of music, so to speak, and as St Clement of Alexandria said, Christ has become incarnate as the New Song. St John says that “no lie was found” in the mouths of those who sing the new song. And this is because the song they sing is Christ who is the Truth. And the new song of Christ is greater than the old song of creation because the singer and the song is God himself. And so, when we are called as Christians – children of the new creation – to sing a new song, we are being invited to rejoice and participate in the life and being of God himself.
So, to sing the new song means to harmonize our lives with Christ; to live the life of grace in Christ. Jesus is the new song that we, the redeemed, can learn to sing, and we are able to do this when we have him in our minds and in our hearts, as St Cecilia did. But to sustain this song we need the breath of the Holy Spirit, allowing ourselves to be filled with God’s grace. And then, as we do every morning, we simply ask the Lord to open our lips, so that, with our very lives, we can praise his name, and sing his new song.