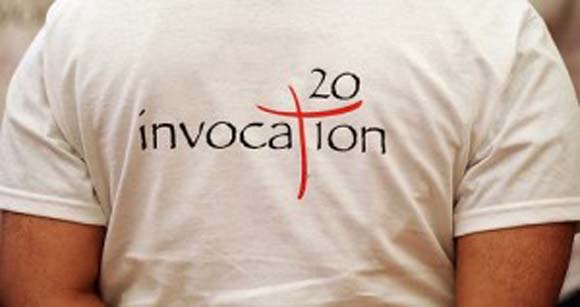 From 2 – 4 July 2010, the National Vocations Office for England & Wales staged its first ever national vocations festival for young men and women aged 16 – 35. The event was called Invocation 2010, and the venue was Oscott College, the seminary of Birmingham archdiocese. fr Gregory Pearson OP and fr Lawrence Lew OP were among over a hundred other religious in an array of habits, as well as diocesan priests and seminarians who converged on Oscott. There, we were joined by about 300 young people from all over the country for liturgies, prayer, inspiring talks, interesting workshops, and much conversation. The religious were encouraged to sleep in tents in the grounds of the college, which fr Gregory and I duly did. Camping in our habits was a surprisingly pleasant and uncomplicated experience especially as we were blessed with such fine weather! 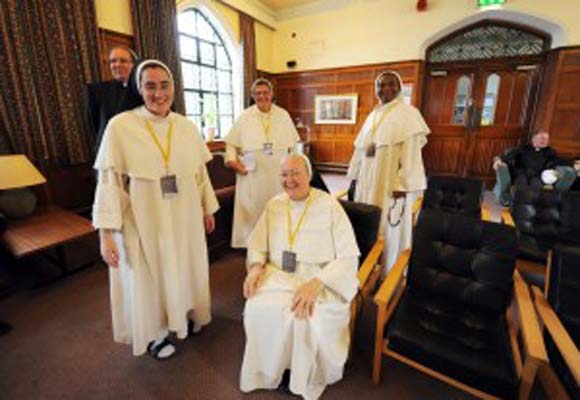 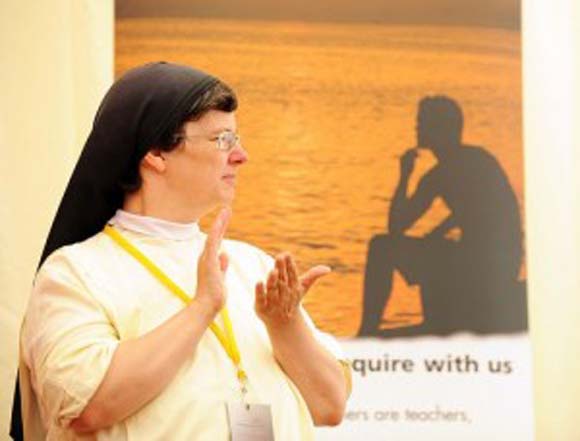 Over the weekend, the liturgy was served with noble simplicity by the seminarians of Oscott College, with music provided by Youth 2000 and the college organist. Three archbishops celebrated the Masses: Archbishop Bernard Longley of Birmingham on Friday, Archbishop Peter Smith of Southwark on Saturday, and Archbishop Vincent Nichols of Westminster on Sunday. Each day we gathered for the Divine Office and Mass in Oscott’s historic Pugin chapel, and on Saturday there was a beautiful candle-lit Eucharistic procession around the grounds, and an uplifting Reconciliation service. 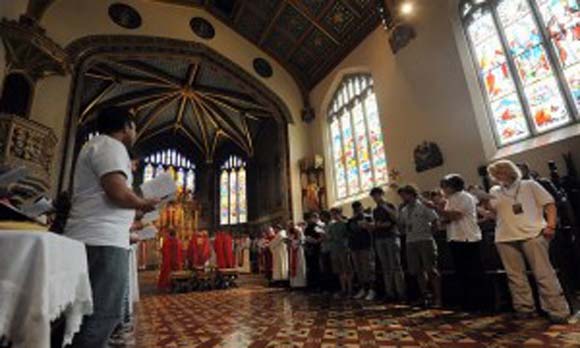 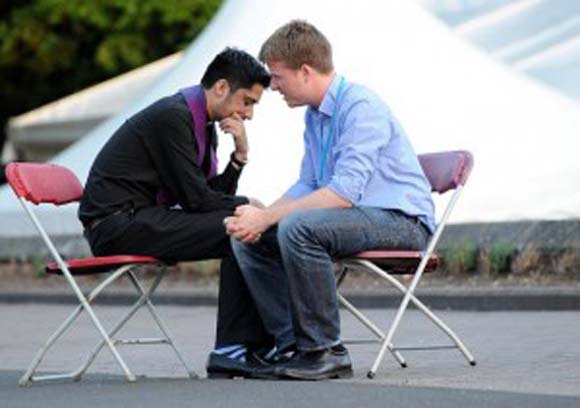 Gathered in a large marquee on the grounds of the college, talks were given by Dom Christopher Jamieson OSB on holiness (sanctity) as finding refuge (sanctuary) in God’s arms, Dr Andrew O’Connell on evangelisation in our post-modern culture, Sr Gabriel Davison (Poor Clares) on loving God in community and religious life, and by Archbishop Vincent Nichols. The Archbishop’s talk summed up our experience over the weekend: that God was still calling people to religious life and priesthood, and that the future of the Church was an exciting one, with so many young, modern people with a message of hope and love for our country. For this weekend, we experienced the Church in a microcosm, and we saw how his Spirit had moved each of us to respond to his call in our various ways. 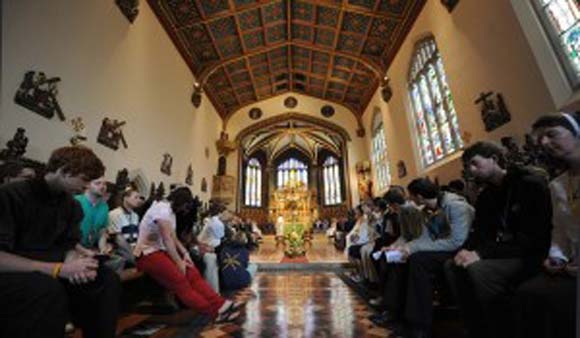 The weekend was truly inspiring for all who attended. None of us knew what to expect when it began because this was a new event, but we placed our trust in the Lord and put out into the deep. I was very encouraged to be able to talk to other young religious and priests, and inspired by the talks and workshops on such topics like prayer, catechesis, growing in holiness, and priesthood, and preaching through religious art. We also had plenty of opportunities for quiet reflection, including all-night adoration of the Blessed Sacrament. In many ways, this weekend was like a special retreat that helped to confirm our own vocations.

Most importantly, we were able to be present with the young people who had come to Oscott to spend time with the Lord and seek his will for their lives. It was a privilege to journey with them, to talk with them in a relaxed and ‘safe’ environment, and share their stories. fr Gregory helped lead a discussion group, and I shared my vocation story with the ‘Compass’ religious vocation group. For many of us, this weekend was a sanctuary in which we were able to find refuge in God’s arms and seek his face. And we came away greatly blessed, encouraged, and strengthened because we could see how bright the future of the Church promises to be. May the Lord grant us the grace to say ‘Yes’ to his call.
All photos courtesy of Marcin Mazur. For more photos, visit the Flickr set. A blogger who was at the event as a ‘discerner’ has also written about Invocation from his point of view.