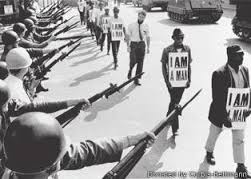 In Laudato Si’, Pope Francis employs the concept of human dignity as part of a wide appeal to all men and women. I think he does so because human dignity is something that anyone can come to recognise without faith, i.e. by the lights of human reason alone. In this post, I want to explore what human dignity means, and in particular, what it means for Christians.

It’s not only Popes who like to speak of human dignity. Lawyers find it a convenient short-hand, in international legal instruments especially, to describe a fundamental quality of all human beings and capture their inherent and inestimable worth. Convenient it may be, but it’s also a term with a plurality of meanings. Even the question of whether human dignity is helpful at all is fiercely contested.

When Francis uses the term in the encyclical, he is clear that a theologically-grounded understanding of human dignity is more secure, meaningful, and compelling one. He writes: “Those who are committed to defending human dignity can find in the Christian faith the deepest reasons for this commitment. How wonderful is the certainty that each human life is not adrift in the midst of hopeless chaos, in a world ruled by pure chance or endlessly recurring cycles! The Creator can say to each one of us: “Before I formed you in the womb, I knew you” (Jer 1:5). We were conceived in the heart of God, and for this reason “each of us is the result of a thought of God. Each of us is willed, each of us is loved, each of us is necessary” [LS 65].

Now, there are two fundamental aspects of human dignity according to a Christian understanding. First: human dignity is grounded in the fact that human beings are made imago (et similitudo) Dei, in the image (and likeness) of God – (c.f. Gen 1:26). Francis explains, citing the Catechism of the Catholic Church: “This shows us the immense dignity of each person,’who is not just something, but someone. He is capable of self-knowledge, of self-possession and of freely giving himself and entering into communion with other persons’”[LS 65].

The second aspect is the Incarnation and its salvific intent. That Jesus Christ took on human flesh and entered our fallen world to live among us and die for our sins, fundamentally transforms the Christian understanding of human dignity compared to, for example, a Jewish perspective. The Catechism explains the Trinitarian significance of the Incarnation: “The new reality of Jesus Christ gives us is not grafted onto human nature nor is it added from outside: it is rather that the reality of communion with the Trinitarian God to which men and women have always been orientated in the depths of their being thanks to their creaturely likeness to God” [Compendium CCC, 120].

It follows from our belief that we are made in God’s image and that His only Son took flesh and died for our sins, that human beings have a certain dignity unique to them. This innate dignity is not simply something simply to be spoken of, but a truth which all Christians should reflect in their actions. Those actions might be the extraordinary and urgently needed actions of statesmen, or they may be simple acts of everyday life by those of us of more modest influence. The point is that we all share responsibility for our human dignity “whose defence and promotion have been entrusted to us by the Creator” [Saint John Paul II, Solicitude Rei Socialis, 47].

I think what Pope Francis is impressing on us is that we all need to act in a way that reflects our shared human dignity and Christians, with our deep theological understanding, especially.