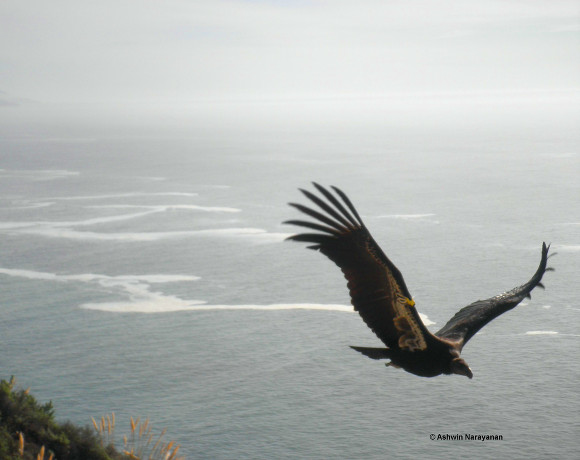 Solve this common environmental problem with a weird trick that will blow your mind!

The presence of heavy metals such as mercury and arsenic in the environment is of great concern to those who monitor the health of fish and animal populations. Aside from the terrible neurological and cardiovascular effects that often cause death, such metals are also a kind of zombie pollutant in that they never degrade into an inert form. The term ‘bioaccumulation’ refers to the fact that heavy metals and other pollutants which accumulate in the bodies of animals are passed on up the food chain when that animal is then eaten by a predator. Thus scavengers and birds of prey, such as the California Concord, are disproportionately affected by pollution.

A similar effect exists when addressing the problem of pollution itself: at each level of social organization, the barriers and obstacles standing in the way of environmental protection accumulate, making it very hard for concerted and united international action. Pope Francis is not ignorant of this effect, lamenting in Laudato Si that “the same ingenuity which has brought about enormous technological progress has so far proved incapable of finding effective ways of dealing with grave environmental and social problems worldwide.” Also at work is the much noted “tragedy of the commons” effect, whereby the high cost of unilaterally acting to solve a common problem leads every country to hope that someone else will take action. The Pope is also aware of this problem: “International and regional conventions do exist, but fragmentation and the lack of strict mechanisms of regulation, control and penalization end up undermining these efforts. … What is needed, in effect, is an agreement on systems of governance for the whole range of so-called ‘global commons’.” This tragedy of the commons is exacerbated by the relative weakness of political entities in the modern world, which often are out maneuvered by transnational agents organized according to economic and financial principles. The response is to fight fire with fire: “it is essential to devise stronger and more efficiently organized international institutions.” In particular, the Pope stresses the importance of centralizing power in the face of weak and ineffective local authorities who have failed for want of enforceable international agreements. In short, “Interdependence obliges us to think of one world with a common plan” (emphasis original).

To some, it might seem that the Pope is advocating a radical reform of international politics. However, recall that the structure of this encyclical is an urgent appeal to for a new dialogue (cf #14, #163), and dialogue will not occur over a boring and generally acceptable document. Rather, the idea is to be provocative, to start a conversation, not to end one by solemnly defining a doctrine. Much like a California Condor rising steadily into the sky by circling round and round a hot spot on the ground in a rising column of thermal air, so we rise to understanding by disputing round and round, until we reach a high vantage point. When we take stock of all the difficulties, especially at the international level, it is wise to remember God’s words to Adam after the Fall: “cursed is the ground because of you; in toil you shall eat of it all the days of your life; thorns and thistles it shall bring forth to you.” The answer to the compounding practical difficulties of humanity eking out a living here on Earth is then not to be found within ourselves, but rather in the gift of salvation from Jesus Christ, who makes the whole world new.