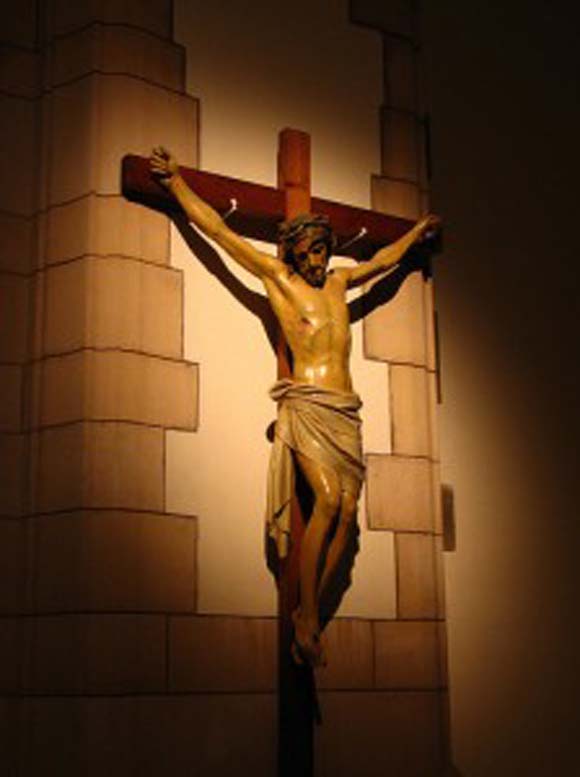 Some things which occur in the Church are rightly called scandals, which is to say, that they are stumbling blocks for one’s faith. This Lent, the scandalous acts of certain churchmen have been exposed once more to the public gaze, and we are rightly ashamed and aghast. As the prophet Ezekiel puts it in today’s First Reading, these men of God have “defiled themselves… with their idols and their detestable things [and with] their transgressions” (Ezek 37:23). The scandal of clerical sex abuse is a betrayal on so many levels. It breaks faith with God, with those of God’s beloved people who had been entrusted to the pastoral care of the Church, and with all the baptised who are members of the one Body of the Church. As St Paul said, “if one member suffers, all suffer together; if one member is honored, all rejoice together” (1 Cor 12:26). For the suffering of the victims is shared by all the baptised, and the shame incurred by the perpetrator of abuse is shared by all of us too. Moreover, these scandalous acts are not only a betrayal, but above all, deeply sinful. And as sin, they bring many evils in their wake, including trauma, pain, division. Thus, these sinful acts are a scandal, an obstacle to faith, for sin always divides us from one another and from God.

However, as Holy Week approaches, we are challenged once again to make an act of faith. We are called to look not at the sins of these churchmen, or even at our own sins, but on the One who takes on our sins and, in pain and suffering, dies for all “the children of God who are scattered abroad” (Jn 11:52). Indeed Christ is the Victim who dies for all victims, and particularly fallen humanity, who are the victims of sin. As St Paul puts it so strikingly: “For our sake [God] made him to be sin who knew no sin, so that in him we might become the righteousness of God” (2 Cor 5:21). Therefore, Christ suffered for all of us and by his death on the Cross he conquered sin and death, and healed the wounds and divisions of sin. So, through his love shown on the Cross, he gathered all God’s people, who had been scattered by sin, into one, as Ezekiel prophesied.

As such, we are called to exchange the scandals of sin that divide us for another scandal, a “stumbling block” that unites us if we have faith, and so it becomes the cornerstone of our faith. And this is, as St Irenaeus calls it, the scandal of the Incarnation. For it speaks of a God who loves all sinful humanity so very much that he became Man and even “became sin”. We cannot explore that theologically challenging phrase from St Paul now, but we can say that Christ was born “for us and for our salvation”, which means that the Incarnation is oriented towards the Cross. The Cross, which is our focus this Passiontide and which culminates on Good Friday, is that scandal of God’s love made visible to the whole world. St Paul says that “God shows his love for us in that while we were yet sinners Christ died for us” (Rom 5:8), which means that Christ’s Cross embraces all sinners, no matter how unloveable they may be, or how detestable their sins are. At the hour of his Passion, Jesus said: “Now is the judgment of this world, now shall the ruler of this world be cast out; and I, when I am lifted up from the earth, will draw all men to myself” (John 12:31f). This suggests that we sinners are not just let off, but we are judged by love, and all of us will be found wanting. So, we’re all together, under the Cross and we all need God to “save [us] from all the backslidings in which [we] have sinned, and [to] cleanse [us]” (Ezek 37:23). Therefore, the Cross unites all of us in the purifying love of God, and casts out sin, division, hatred, enmity, and hard-heartedness, which belong to the ruler of this world and not to Christ.

This is hard for us to fathom, and even harder to accept when the crimes that some people commit are so grievous and harm others (or us) so deeply. And yet, that is the challenge of the Cross: we are united as sinners, albeit not all equal in gravity, but nevertheless we are united in our need for Christ’s healing love; we are called to focus on what the Cross accomplishes for humanity, and not on the failings of humanity which keep us from Christ and His Body, the holy Church. None of this absolves the failure of judgement shown by certain leaders of the Church, nor the evils perpetrated by some churchmen, but it does remind us that Jesus Christ alone is the Head of his Church, and we receive grace flowing from the Head to us in the Body of the Church. So, although we are scandalized by the sins of some churchmen, we should not let that keep us from Christ and his Church. For it is in this same Body that we approach the Crucified One, whom St Paul called “a stumbling block to Jews and folly to Greeks” (1 Cor 1:23). If any scandal should draw our attention this Holy Week, let it be the scandal of the Cross and of God’s prodigal love for all sinful men and women.