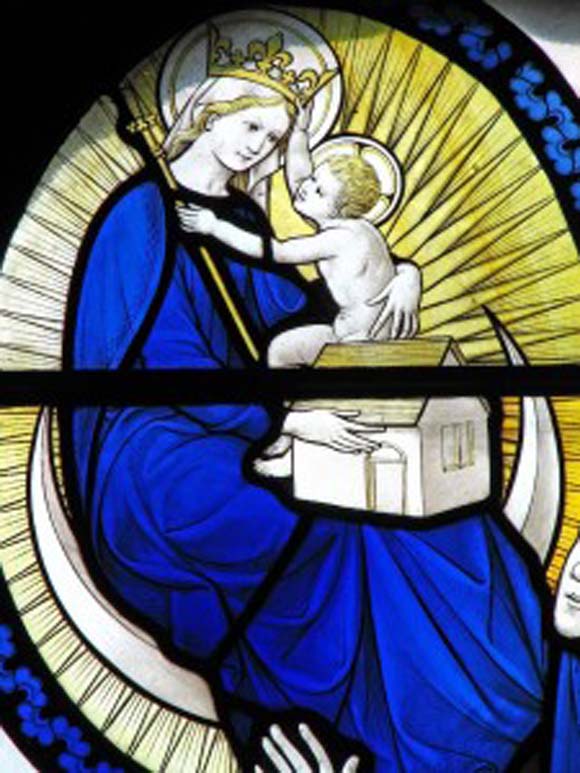 Godzdogz
Home  /  Godzdogz  /  Litany of Loreto – Comforter of the Afflicted

Litany of Loreto – Comforter of the Afflicted

In Dostoevsky’s classic work The Brothers Karamazov there is a brilliant exploration of the problem of evil and suffering. In Book IV Ivan tells his younger brother that human freedom is not worth the immense evil brought about by its abuse. In this he claims the Catholic Church as an ally. His famous parable “The Grand Inquisitor” imagines Jesus returning to sixteenth century Seville in the midst of an auto-da-fe. The people recognise Him and begin to follow Him, drawn to Him by an indescribable sense of attraction. The Inquisition recognise Him too, and arrest Him, for Christ makes humanity free, but humanity cannot abide freedom. Instead the people want their sensual needs met without the agonizing dilemmas of conscience. They have laid their freedom at the feet of the Inquisitors who bear this terrible responsibility on their behalf. The Inquisitors sedate the people with sentimental religion and magic, they immunise them against the pain of choice. Christ expects too much of his creatures, he cannot be allowed to interfere once more in human affairs, and so the Inquisition arrests Him.

The charge that religion in general and Catholicism in particular is an ‘opium’ for the people, an unreal refuge to which the afflicted flee from the meaninglessness of suffering, is one that has been levelled again and again since the enlightenment. The cynical Ivan is in despair. Like many a great philosopher he has seen through the false gods offered to Him by religious communities that have twisted the gospel, he has seen how human beings have been mangled and mutilated by the abuse of our freedom, but he can see no light of redemption. Ivan believes that he now beholds the terrible truth of the human condition. Yet Ivan’s despair is not a case of too much Truth, but not enough, for if he delved deeper he would find God and Christian hope.

True Christian hope means having the courage to look our sinful world in the eye and recognise it for what it really is. It means refusing illusions and delusions. When we look at our world with the eyes of faith we see the Truth that God loves all that he has made including each one of us with a love that infinitely exceeds any imperfection or evil. It is this love that holds this creation in being, and it is this love that sustains it. True Christian hope, then, is not a retreat into unreality but the gift of truth. When we call Mary the Comforter of the Afflicted we are not offering a sentimental and unreal emotional prop to those in need. Instead we are reminding ourselves of the truth: like Mary we will suffer in this life; however, our sufferings, like Mary’s, are not meaningless and like Mary we are destined for the vision of God in heaven.

In Dostoevsky’s novel the reply to Ivan’s “Grand Inquisitor” comes almost immediately afterwards in the testimony of the holy monk Zosima. Like Ivan, Zosima beholds the suffering of humanity unflinchingly, but like Mary he beholds God in humanity and in his own suffering. His trials lead him not to despair, but to God.