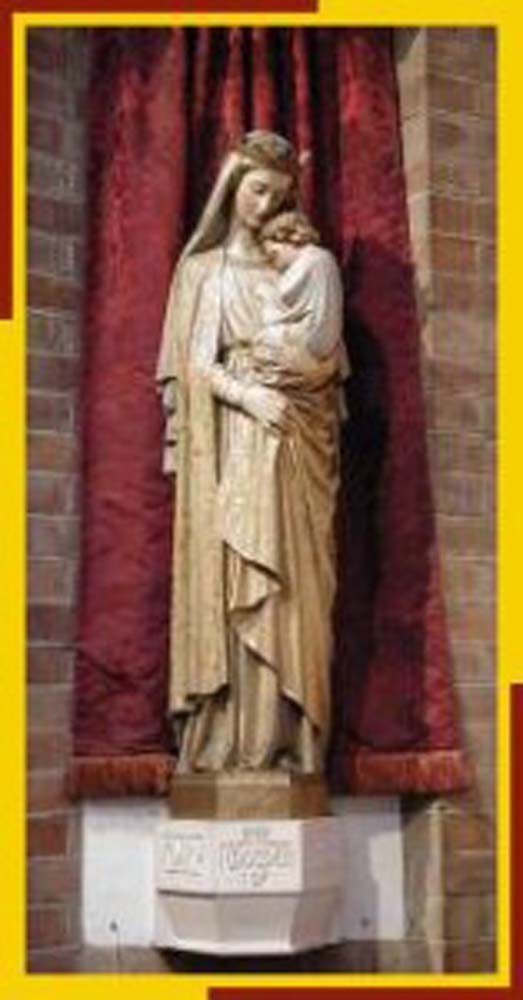 Litany of Loreto – Tower of Ivory

By Nicholas Crowe O.P.
296
Strangely, in its modern usage the term ‘ivory tower’ has come to designate the esoteric and impractical ponderings of scholars who have disconnected themselves from the demands and needs of the wider world. It implies bloodless, heartless intellectual pursuits that are sterile and cold. Yet the roots of this expression are in perhaps the most passion soaked book in the Bible, the Song of Songs. In chapter seven of this wedding song the Groom is exultant, rejoicing in the beauty of his Bride. We read:

Your neck is like an ivory tower, your eyes are pools in Hesbon, by the gate of Bathrabbin, your nose is like a tower of Lebanon overlooking Damascus (Song of Songs 7:4).

The traditional allegorical reading of this book has seen the Groom as a figure of Christ. The analogy of marriage is used consistently throughout the Bible in an attempt to shed light on God’s relationship with his people. Hosea, for example, is ordered to marry a prostitute as an allegory for God’s relationship with Israel. The same idea appears in Ezekiel 16:8, God pledges himself to Israel when he sees that she is old enough to be loved. The author of the Book of Revelation sees the Bride of Christ – the heavenly Jerusalem – in a vision (Revelation 21:9). Paul says the love of husband for wife is like the love of Christ for the Church (Ephesians 5:25), even going so far as to call the Church the Body of Christ with the obvious allusion to the second chapter of Genesis, ‘the husband cleaves to his wife and they become one flesh’ (Genesis 2:24).

If the Groom in the Song of Songs has been understood to be Christ, then the Bride is the Church. Yet Mary has long been considered a symbol of the Church, so it is only natural that Christians would think of Our Lady when the Groom heaps praises upon his bride. Mary, conceiving as she did by the Holy Spirit, is at once a child, mother, and spouse of God. She remained a virgin because she belonged to God in a peculiarly intense way, unlike that of any other woman. Mary is honoured as a ‘tower of ivory’ precisely because she was set apart in this manner, precisely because of her unique relationshop with her Son, precisely because she showed the depth of love that only one who is without sin is able to offer.