Godzdogz
Home  /  Godzdogz  /  Lord of lords and King of kings – enthroned in a manger!

Lord of lords and King of kings – enthroned in a manger!

Luke’s account of the birth of Jesus begins with a reference to Augustus Caesar (v 1). It is easy to rapidly move on to the rest of the account, and so put Augustus Caesar out of our minds, but in fact Luke’s account goes on to make a sustained comparison of the baby Jesus with the Emperor Augustus Caesar. In doing this Luke, and more fundamentally God, critiques worldly empire and power, and shows where real power, authority and might lie.
Augustus, after a series of military campaigns, had brought a good measure of peace, the so called Pax Romana, to the Mediterranean world of his day and the Roman dominions. This followed a period of civil war and constitutional instability. Rome and the territories under its control emerged as an Empire, and no longer a republic. Power was now much more concentrated in one person: the emperor. Significant titles and claims were made for Augustus and the role he and his successors held, as emperor or ‘Caesar’. Though we are used to giving many of these terms largely or exclusively religious and indeed Christian meaning, the Greek words for ‘saviour’ and ‘lord’ were also applicable in the political realm and claimed by Caesar. He had saved the Roman territories from the evils besetting them, and would do so again. He was the lord of all people in his territories and they were to live by his laws and under his authority, with a good deal of fear and respect. Additionally the emperor had a role in the religious cult of his day and was seen as a conduit of divine favour. A cult of emperor worship was developed, linked to the recognition of the emperor as in some way divine, this recognition and cult intended to encourage loyalty to the emperor, and to ensuring the stability and peace and prosperity of the empire. 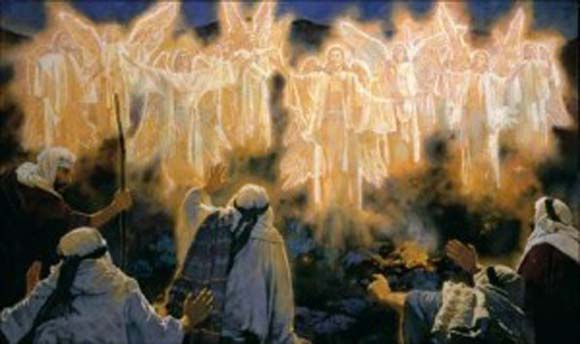 In the light of this the words of the angel to the shepherds take on extra poignancy, one that has political as well as religious significance. Jesus is identified not only as the Christ (born in David’s city of Bethlehem), but as Saviour and Lord, both terms that, in Jewish thought, are linked with God (v 11). Furthermore this infant, again like Caesar, brings peace (v 14). A clear link of the child with God is indicated by the presence of massed hosts (ie armies) of heaven, made visible to the shepherds (v 13). This apparition makes clear the awesome glory of the real God in a way the man-made ritual of emperor worship simply could not. The living God of the Jews, commander of heavenly hosts, is the source of authority and power that will establish this child as Saviour and Lord.
But the sign of such a royal birth, of a royal king, is not seemingly royal or powerful. It is ‘a baby wrapped in swaddling clothes and lying in a manger’ (v 12). This speaks of poverty and perhaps rejection: be is located not in a palace or even a bed, but in an animal feeding trough (v 7). There was no other place for him. And, though their use was probably part of normal good parenting at that time, the swaddling bands speak symbolically of restriction of movement, even of loss of freedom. Nor is a baby naturally powerful. These signs foreshadow, and to the attentive reader suggest, his death and particularly his burial, when he was again wrapped up in cloths (perhaps by his mother) and laid in a borrowed tomb, having less movement and seemingly less influence than a baby. The sign then points to a strange victory, to strange kingship and power, at least by worldly standards. This baby came into the world specifically to die for it. 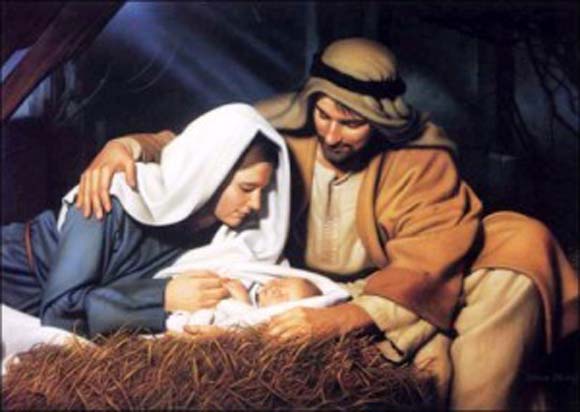 The shepherds were not perturbed by this seeming paradox. They had seen the glory of heaven, and then had seen the predicted sign in the concrete reality of the child in the manger with Mary and Joseph (v 16) and so they praised and glorified God (v 20). They may well not have understood its deeper significance, or what it indicated about how God would establish his kingdom. At any rate, we here nothing more of them. But Mary treasured and pondered it all (v 19). It probably did not make complete sense to her at the time but she kept and deepened her faith that God would fulfil his plans through Jesus.
We too and called to ponder and to grow in our faith and to see that God is bigger than worldly events and powers. Indeed God can use their actions to serve his purposes whether they intend to or not. Thus the census, an expression of power, resulted in Jesus being born in Bethlehem (vv 2-5), thus fulfilling Messianic prophecy (especially Micah 5:1-3). Later, the death of Jesus would be ordered by the representative of Caesar and carried out by Roman law. But this did not vanquish Jesus. Rather it was the means by which he established an everlasting victory over all evil, sin and death itself, something no mere earthly ruler has ever achieved. Jesus is thus Lord and Saviour on a scale vastly beyond the scope of any emperor, and the bringer of a far deeper and more enduring peace. He can do this because he is God, and worthy of real worship, not the cheap idolatry of the emperor cult. Nowadays we tend not to worship our political leaders but we are easily seduced into participating in the cult of celebrity and fame, or longing for such celebrity, even fifteen minutes of it, ourselves. 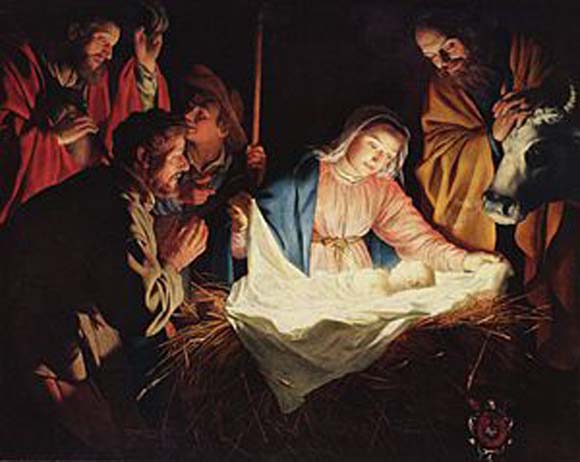 Rather let us ponder the helpless child in the manger, and see there the power of God to save us. Let us accept him and make him our Lord and God, worshipping him alone. To those who do accept him he gives power to become children of God (Jn 1:12). And let us know that he has power over all worldly powers, even now and that one day he will judge them and that now he asks us to witness to them. According to our various vocations let us also work with them, that the political and civil realm may prepare for his coming in glory and judgement by even now ruling and governing and organising itself according to his teaching and justice and mercy. He alone brings lasting peace, for he alone is God, Saviour and Lord.
Glory to God in the Highest, to God made manifest in the baby Jesus, lying in a manger!