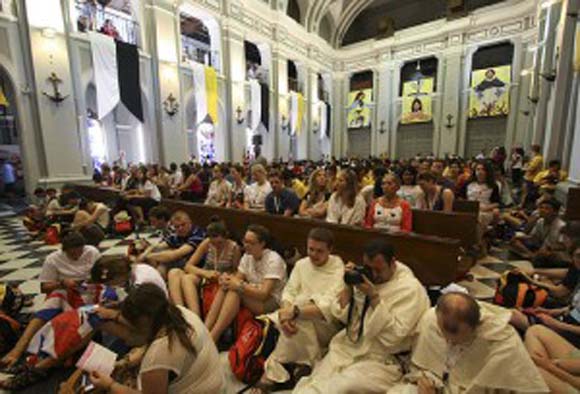 For the first three full days in Madrid, catechesis was given by the Bishops present to the various language groups. We were very fortunate to be next door to our English language centre in the Royal Basilica of Our Lady of Atocha, which is served by our Spanish Brothers.

World Youth Day is a wonderful chance for the bishops to fulfill their teaching role in a far more prominent way and we had three interesting and diverse speakers from each corner of the Anglosphere. 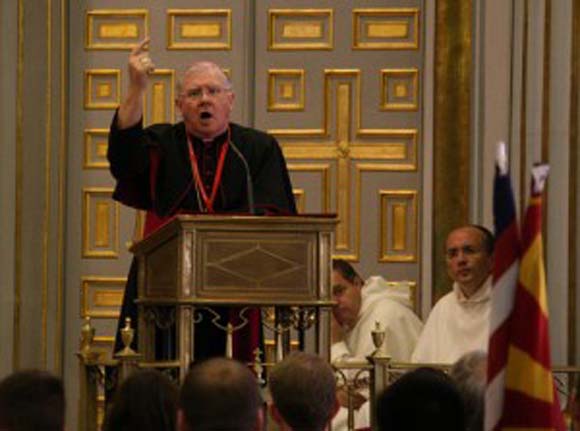 On the first morning we had the Archbishop of Canberra and Goulburn,Mark Coleridge address the assembled huddle. He warned that both secularists and religious people create “false-gods”: Images and idols which they claim represent the true God. He encouraged the pilgrims to use World Youth Day as an opportunity to get to know and love the True God and to strip away the images and shadows that people have tried to restrict God to. 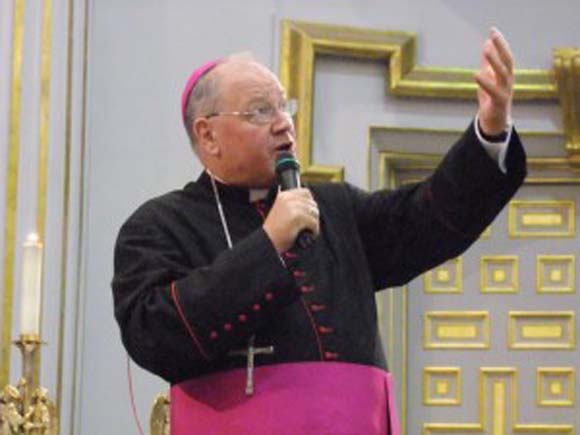 On the second Morning, His Grace Archbishop Timothy Dolan of New York gave his seven point plan to deepening

The final catechesis session was given by the Cardinal Archbishop of St. Andrews and Edinburgh Keith Patrick O’Brien. This of course was a special treat for our pilgrims from the chaplaincy of the University of Edinburgh of which is not only part of the Cardinal’s diocese but is his Alma mater. His Eminence reflected on how his relationship with Christ had affected the path of life from the school yard to the scarlet. 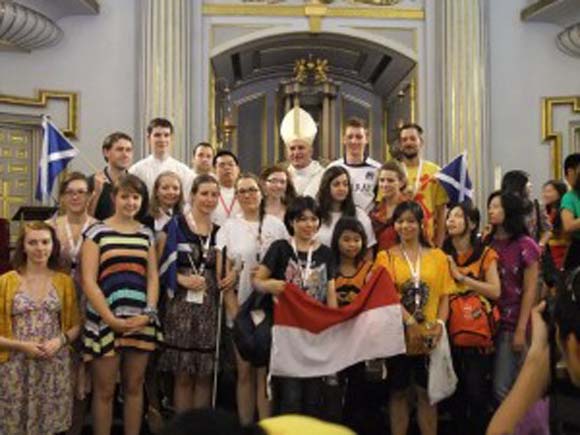