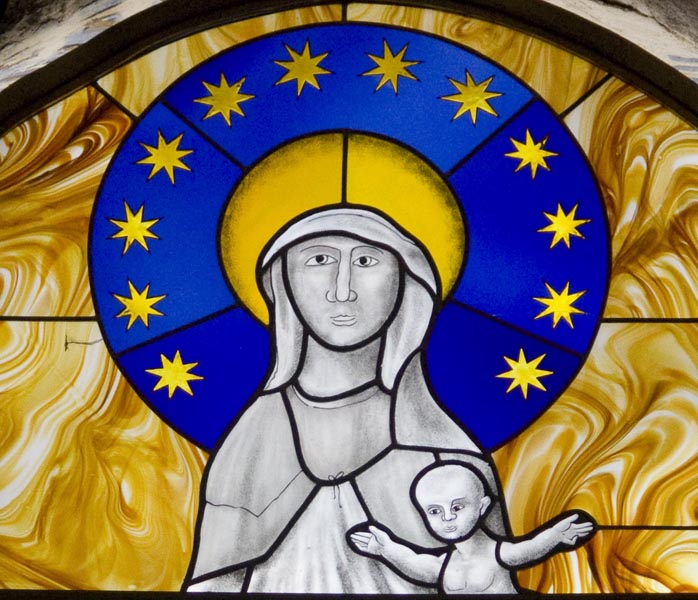 The Gospel passage for today is from Matthew 11:25-27: “Jesus exclaimed, ‘I bless you, Father, Lord of heaven and of earth, for hiding these things from the learned and the clever and revealing them to mere children. Yes, Father, for that is what it pleased you to do. Everything has been entrusted to me by my Father; and no one knows the Son except the Father, just as no one knows the Father except the Son and those to whom the Son chooses to reveal him”.

I have, with this passage in mind, pondered over the recent referendum on the United Kingdom’s membership of the European Union. Today we will have a new prime minister, Theresa May, who replaces David Cameron, and is likely to begin a process of a substantial renegotiation of Britain’s relationship with the the European Union. For readers unfamiliar with the significance of this, the EU has been the source of much of Britain’s legislation over the last few decades. The EU directs what should be the law in member states, on everything from the environment and worker’s rights, to the free movement of workers between member nations. I am personally opposed to Britain leaving the European Union, but I decided to try and do what Dominicans should do, and listen to the opposing arguments of my friends and colleagues who voted to leave.

The debate in the recent EU referendum began with lofty academic arguments proposing we quit our membership of a body that is turning into a federal super-state. Then came the more patriotic arguments of protectionism, and eventually the campaign descended into something resembling a playground fight in a school. I suppose our debates and political fights, even the seemingly massive step to leave the EU, are of course like the games of children in comparison to the plan of God. The learned and the clever in today’s Gospel passage are likened with the pharisees and scribes. The mere children are the disciples of Jesus, who have been graced with knowledge of the Kingdom of God. Is there a link between this passage and what has happened in the recent referendum? Have the professional politicians been refusing to listen to the mere children whom they were supposed to be representing?

In speaking to ‘leave’ supporters and listening to reasons why people wanted to leave the EU, I picked up that some of the reasons for leaving are not generally linked to the economy. One of the problems which may have influenced people’s decisions is that the only thing the established politicians seem to agree upon is that economic growth should be a priority. There is nothing else. No moral compass of any substance, no absolute truth, the only agreement is that it is a good thing we should have more money. Some people see the ‘experts’ as out of touch on this, and the political elite are undermining the bedrock of many communities and families. Another general theme I have heard is that Europe has an identity crisis and has forgotten its Christian roots. The recent referendum on EU membership was seemingly for many a proxy vote, that is to say, a vote not necessarily on the issues surrounding membership of the EU, but a vote against a system of politics that is broken. This ‘proxy’ might encompass a general deficit of democracy in how our laws are made, or a feeling that the untouchable Brussels bureaucrats just do not care about families, the Christian roots of Europe, or the impact that mass immigration has had on many parts of the UK. So, it is a big decision for the nation to go against the advice of the Government and the many established advisors who warned of the negative consequences ‘Brexit’ will have on the economy.

There are many who are weary and burdened who have voted for ‘Brexit’. I am not convinced that leaving the European Union will give rest for those who are weary, or a lighter burden in life. But the people have spoken, and the message is that our leaders need to listen to the mere children.