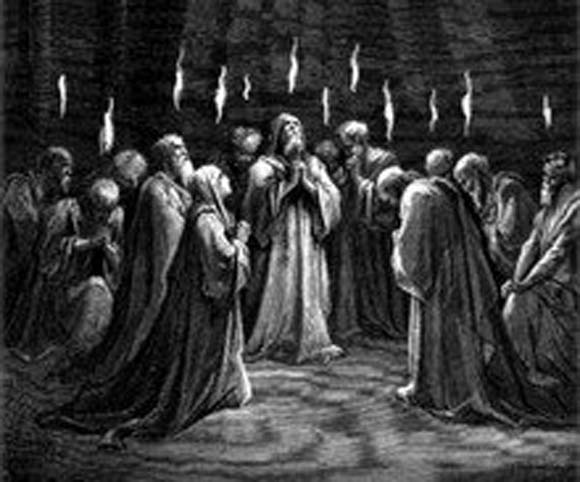 Our last post spoke of the gift of tongues as a charismatic gift, which manifested itself in the early Church at the time of St. Paul, and was seen as an important way in which the Holy Spirit worked in the Church. Indeed, there are signs that this gift is still given in the Church today, especially amongst those who are part of the charismatic movements. It is a gift that is often regarded with much suspicion by onlookers. It expresses itself as people speaking a series of words that to our ears seem to make no sense. What possible use could this be?

This question is one which was very important also in the time of St Paul. The First Letter to the Corinthians, in speaking of the many gifts, names ‘the interpretation of tongues’ as an important part of the whole range of gifts (1 Cor 12:10). We see how the gift of tongues is of no use unless the words spoken can be interpreted. Words should never be empty and meaningless, because this is a misuse of language. After all, words are only of use as a way of communicating, and, as such, an individual who speaks in a way that cannot be understood is not communicating at all. The tongues must be interpreted, and this is a gift in itself. This is just one of many ways in which we see how firmly Paul believes that the Christian life is not simply about the individual, but individuals united in a common belief in Jesus Christ, and living a life shaped by that belief.
There are different opinions about the charismatic gifts in today’s Church. Nevertheless, there is much that all of us can learn from Paul’s writings on the subject. After naming the charismatic gifts, he goes on to show how important it is that, whatever our gifts are, they are used for the building up of the Church. All the members of the Church have a range of gifts, and no two individuals are the same. This reality shows both how important and valued each and every individual is to God and to the Church, yet also how the individual forms part of the whole, and is dependent on the others. As part of the whole which is the body of Christ, the Church, we find both our dignity as individuals and a way of self-transcendence which makes us capable of more than we could ever imagine.