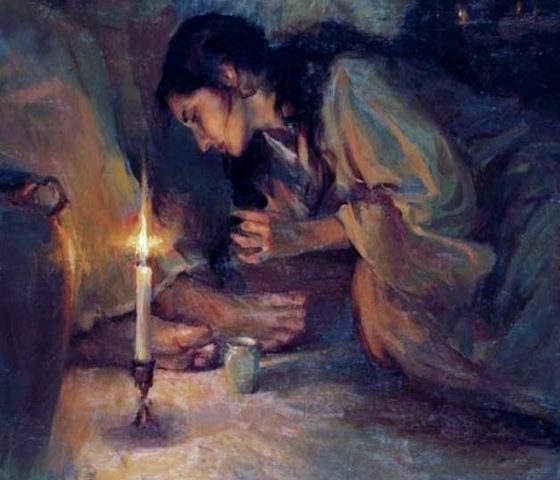 Monday of Holy Week – The challenge of Lazarus

A line in today’s Gospel, which I’d previously never really given much attention, struck me forcefully today: ‘Then the chief priests decided to kill Lazarus as well, since it was on his account that many of the Jews were leaving them and believing in Jesus’ (John 12:11).
The miracle that Christ had worked in Lazarus, the very fact of his life, made Lazarus a target for those of the authorities in Jerusalem who were panicked at how many were starting to follow Jesus. It made me think of Herbert McCabe’s pithy saying, ‘If you don’t love, you’re dead; and if you do, they’ll kill you’. Authentic Christian living will open us up to persecution because it issues a challenge to those of us, and around us, who have placed their trust in other gods, and the flip side is that if we resist the grace of Christ then we really are sleep-walking, and the spirit of charity dies in us.

However, there’s another question prompted by the line above, which we do well to consider. Lazarus’ life was a powerful witness to the power of Christ and aided conversions, but today it’s the opposite scenario that we hear all too often: how many times do we hear of people who have turned away from Christ and His Church because of the counter-witness to the power of Christ our lives can become?

In Holy Week as we start to focus ever more intently on the Paschal Mystery, we have an opportunity to reflect on all the promptings of the Holy Spirit we resist, and then with renewed humility, seek to die to sin and to live in Christ; so that our Christian faith becomes a lived reality which makes the love of Christ evermore present.

Being transformed by the grace of Christ, so that we may join Mary of Bethany at the feet of Jesus, will entail a thousand little deaths in us: all the little selfish acts which we much give up; all the little sacrifices as we put others first; and all the tendencies to laziness we must resist. As we leave behind all those little failures to love these will be our crosses, which we can unite with Christ’s saving cross, as we trace His path to Golgotha in the days to come.