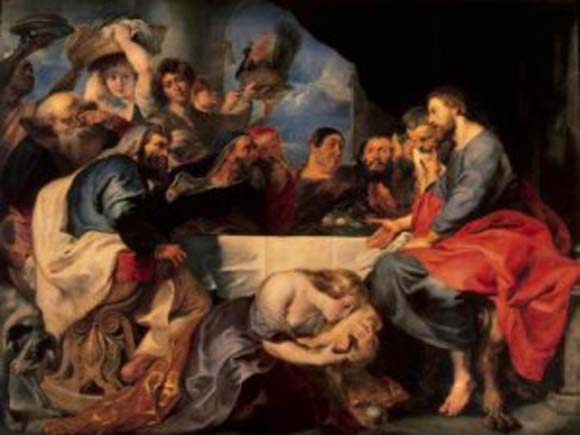 Godzdogz
Home  /  Godzdogz  /  Monday of Holy Week: The fragrance of life after death

Monday of Holy Week: The fragrance of life after death

By Matthew Jarvis O.P.
16
Readings: Is. 42:1-7, Ps. 26:1-3, 13-14; John 12:1-11
The intriguing figure of Lazarus, Jesus’ friend ‘whom he had raised from the dead’ (Jn. 12:1), challenges us to think about life after death. Of course, on this subject we are accustomed to think principally of the Resurrection of Jesus. After all, it is the Resurrection of Christ that changes everything, that demonstrates definitively God’s love for us as he conquers sin and death. But the raising of Lazarus, in the previous chapter (Jn. 11), is a sign and foretaste of what God will do in Jesus at Easter. The disciples who witnessed the raising of Lazarus were being prepared to understand the extent of God’s powerful and transforming grace, even though they were still so slow to believe.

In today’s Gospel it seems it is Mary of Bethany, the sister of Lazarus and Martha, who truly understands what Jesus is about to accomplish. In her simple and humble act of anointing and drying the feet of Jesus – as he would later wash the feet of the Twelve at the Last Supper – this Mary shows her faith, hope and love. That is: her faith, that Jesus is the Christ, the Messiah of God; her hope, that despite his impending death he would be vindicated by the Father; and her love, lavishing this ‘very costly ointment’ on the one who is most lovable of all.
Jesus interprets the anointing as a sign of his death and burial (v.7), as the three wise men had foreshadowed with their unconventional gift of myrrh at his birth. It is supremely a symbolic act, since of course Jesus has not yet died. Even when Jesus’ body is lying in the tomb on Holy Saturday, there is still no need for ointment, for the Resurrection will happen before three days are up – the normal period it takes for a body to start smelling from corruption. Lazarus’ body had started to smell (Jn. 11:39) since he had been dead four days. 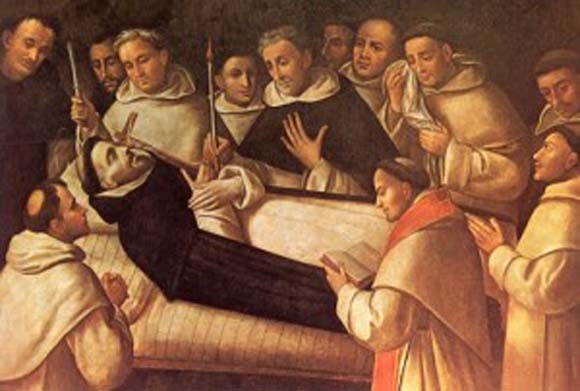 In Christian history, some saints’ bodies have been supernaturally preserved from decay. When, on 24 May 1233, twelve years after his death, the body of St Dominic was ‘translated’ from one church in Bologna to another, the brethren were concerned that the smell would be intolerable. In fact, when the tomb was opened, ‘a wonderful aroma poured out from the opening and its fragrance caused astonishment among those present. Everyone shed tears, and feelings of joy, of fear and of hope rose in all hearts.’
Just as Mary’s ointment filled the house with its fragrance (v.3), and the aroma from St Dominic’s tomb filled his brothers and sisters with hope, so may our faith in the resurrection of Christ and our hope in the future resurrection of the just bring forth joy in us and in those around us. As St Paul puts it, ‘we are a fragrance of Christ to God among those who are being saved and among those who are perishing’ (2 Cor. 2:15).